The 41-16 victory in Denver pulled the quarterback ahead of Peyton Manning in all-time road wins. 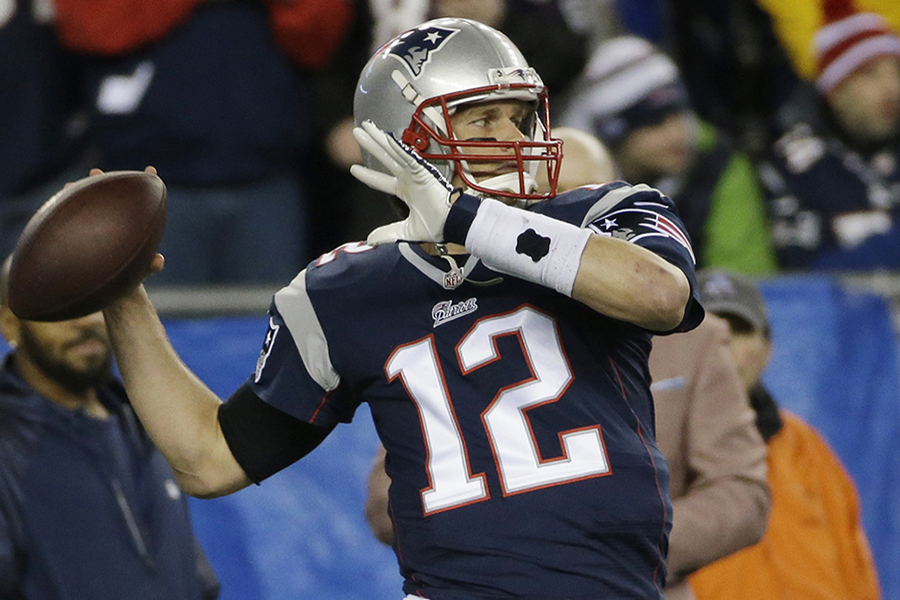 The Patriots’ trouncing of the Broncos on Sunday in Denver not only preserved the team’s lead atop the AFC East, but also further enshrined Tom Brady and Bill Belichick’s legacies in the record books.

The win was the 270th of Belichick’s career, tying him with former Cowboys coach Tom Landry for the third-most coaching victories of all time. At this point, Belichick has a win for every day of the year from January 1 through September 27, and as he’s remained mum on retirement plans, there’s no telling how many more Ws he could pull out. Atop the all-time list is Don Shula, who won 347 games during his 33-year coaching career in Detroit, Baltimore, and Miami.

The second-place spot is owned by George Halas, whose epically long 40-year career left him with 324 wins. For Belichick to even get close to hitting that mark, the Patriots would have to win out the rest of the season and then go undefeated in 2018 and 2019. That could totally happen!

After the game, Belichick—who has the most all-time playoff coaching wins—tipped his hat to the players who secured the team’s 41-16 victory, telling ESPN the record is, “flattering, but … [not] the story tonight.” He went on to give credit to everyone who has surrounded him during his NFL career, especially the athletes themselves and “a lot of great coaches and a great staff.”

Though it may not end the debates over which of the two is the more dominant, the game marked Brady’s 86th regular season road victory as a starting quarter, breaking the tie he held with Peyton Manning atop the leaderboard. The win in Denver, where Manning played his final four seasons, was Brady’s 215th of all time, including playoff victories, which is the most of any quarterback.

Next week, the Patriots will travel to Mexico City to face the 4-5 Oakland Raiders.