The town's industry surged at the start of the Bunker Hill Monument construction. 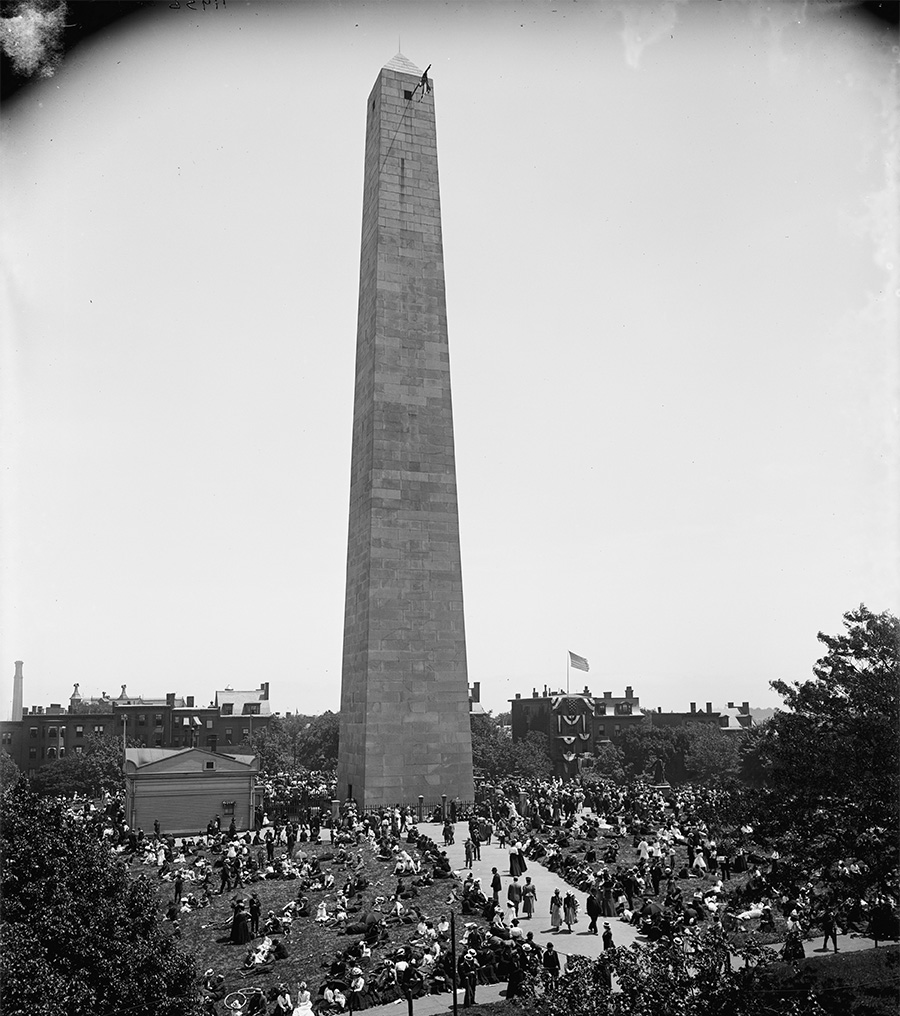 It may not be part of the Boston skyline, but in Charlestown, the Bunker Hill Monument remains an iconic point. The granite obelisk stands over 200 feet tall at the end of the Freedom Trail, marking the site of the first major battle in the American Revolution. It was constructed to commemorate the day colonists proved they were a force to be reckoned with, but the monument’s sleek granite sides represent more to Massachusetts history: the start of the Quincy granite industry.

In 1823, the Bunker Hill Monument Association was founded to elicit designs for a commemorative structure. A granite obelisk, designed by Solomon Willard, was chosen for construction. At the time, most were already familiar with the granite industry in Quincy. The town was known for its quality stone—fairly hard, with a dark color and a high polish—but still, constructing with rock wasn’t ideal. Most colonial structures were made of wood, because it was difficult to use granite. The process required using explosives to demolish a ledge, and then the rubble was collected for construction.

In the early 1800s, however, a stonecutter from Danvers invented a more efficient way to split the coveted rock. He drilled regular holes into the stone, then hammered the gaps with small wedges until the rock split neatly. After the stonecutter taught this method to the workers of Quincy, the price of granite dropped significantly, and it became a more practical building material. With Willard’s design in hand, the Bunker Hill Monument Association sent out a call for laborers.

On November 16, 1825, an advertisement in Boston’s Columbian Centinel, a now-defunct newspaper, called for 9,000 tons of granite to be delivered to Charlestown for the construction of the Bunker Hill Monument. “The outside curves of the obelisk must be of the best Quincy granite, of uniform color, of which about 2,600 tons will be required,” read the ad. With this demand, the Quincy granite industry boomed.

What was once a small agricultural and fishing village expanded, and the small granite industry swelled into a city-wide livelihood. The Bunker Hill Monument acted as the catalyst for the growth of Quincy’s quarries. Stoneworkers from Finland, Italy, Scandinavia, Sudan, and more came to work in the “Granite City.”

Willard, the architect and appointed superintendent of the monument, became known as “Father of the Granite Industry” for his construction techniques that popularized the use of stone. The Monument Association purchased a quarry in Quincy, and in 1826, a three-mile railway was constructed to transport the granite from the quarry to the Neponset River—the first railway in the United States. From there, the rock was shipped to Charlestown.

Finally, in 1842, the Bunker Hill Monument was completed, but the Quincy granite industry continued to thrive, expanding to over 50 quarries. The city’s stone was used in buildings and monuments all over the nation, as far as San Francisco. But as time wore on, Quincy’s economy began shifting to shipbuilding, and after World War II, cheaper building materials condemned the granite industry. Quincy’s final quarry shut down in 1963.

Today, the Massachusetts Department of Conservation and Recreation owns most of the land containing historic Quincy quarries. Hikers and rock climbers can explore the exposed rock, and history buffs can visit portions of the original railway that transported the rock. Other quarries have been filled, now repurposed as the Granite Links Golf Club. Regardless of their modern purpose, the legacy of Quincy’s granite quarries remains in each of the 294 steps to the top of the Bunker Hill Monument.