The board of the T voted in favor of modernizing train and bus fare collection in Boston. 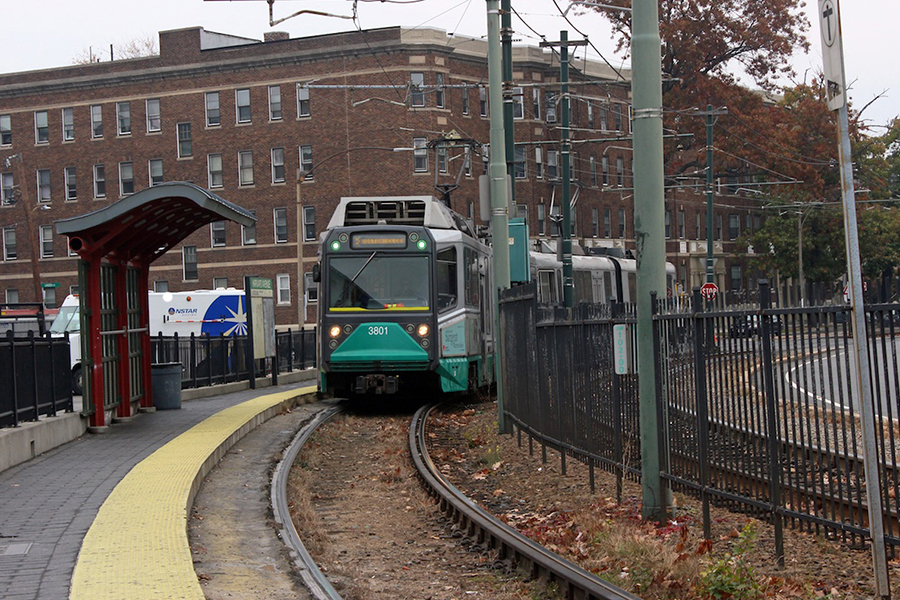 You use your phone to adjust the thermostat, to send funny tweets to the one former roommate you don’t hate, and, in theory, to make phone calls. Now, the MBTA is moving forward with a $723 million plan to add another grocery item to your phone’s to-do list: paying for the T.

On Monday, the board of the transit agency approved a plan (and its hefty price tag) to modernize fare collection. The CharlieCard brand will carry over, but eventually, you’ll have to get a new card, which will continue to be reloadable and will likely cost around $5 to obtain, according to the Boston Globe. The proposal aims to eliminate on-board cash payments in favor of an electronic model, so rather than fumbling with dollar bills and eliciting the ire of the passengers behind you, you will be able to merely tap your phone to the card reader and carry on.

Much has been made of who will have trouble with the transition away from physical tender—largely, lower income bus and train riders who pay in cash and might not own a smart phone or have the financial consistency to pre-load a card. But the “cashless” moniker is a bit of a misnomer: Riders will still be able to pay for rides using cash, but they’ll have to do it in advance, at one of the card vending machines, rather than on board. The board strongly emphasized during Monday’s meeting that not only will they engage with community members to elicit feedback on the new payment system, but also that the overhaul is a bid for progress.

“The project is about access and options,” board member Monica Tibbits-Nutt said. “The quality of your commute will no longer be based on the mode or where you live. This is a chance for us to finally break down some of the barriers that we have in the Commonwealth for people to get those educational and employment opportunities they so desperately need.”

The validity of the transition being positioned as an equalizer remains to be seen. Surely the move to cashless payment will be more efficient once all riders get used to it. That the agency also intends to outfit each door with a payment mechanism will also, theoretically, eliminate both the bottleneck at the front of vehicles and the ease with which customers can ride without paying (not that you’d ever do that).

It seems kind of odd, though, to portray the plan as a way to level the playing field; nothing articulated during the three-plus hour meeting when the proposal was voted on conveyed anything targeted specifically at marginalized riders. There’s nothing wrong with having an improved system that works for everyone—if anything, the MBTA should be applauded for modernizing its payment mechanisms. But it remains unexplained how the improvements would rectify any of the inequalities that plague Boston.

If a $723 million price tag makes your heart rate rise—a natural reaction—there’s reason to avoid hitting the panic button. State Transportation Secretary Stephanie Pollack noted that though $723 million is a lot of money, the agency would have spent roughly half of that on maintenance costs anyway. And though the MBTA, and taxpayers by extension, are on the hook for paying the bill, this contract is the first public-private partnership in MBTA history, and if that private partner doesn’t meet agreed upon goals, the tab will be reduced. The selected proposal comes from Cubic and the John Laing Group, who have worked on transit projects in cities including London, Vancouver, and Chicago.

The goal is to implement the new plan by May 2020, and new gates to enter the T are also part of the bargain. Until then, the pseudo-honor system of fare payment—and skepticism regarding the MBTA’s attention to non-wealthy riders—lives on.