The greatest quarterback of all time experiences "moments" of happiness. 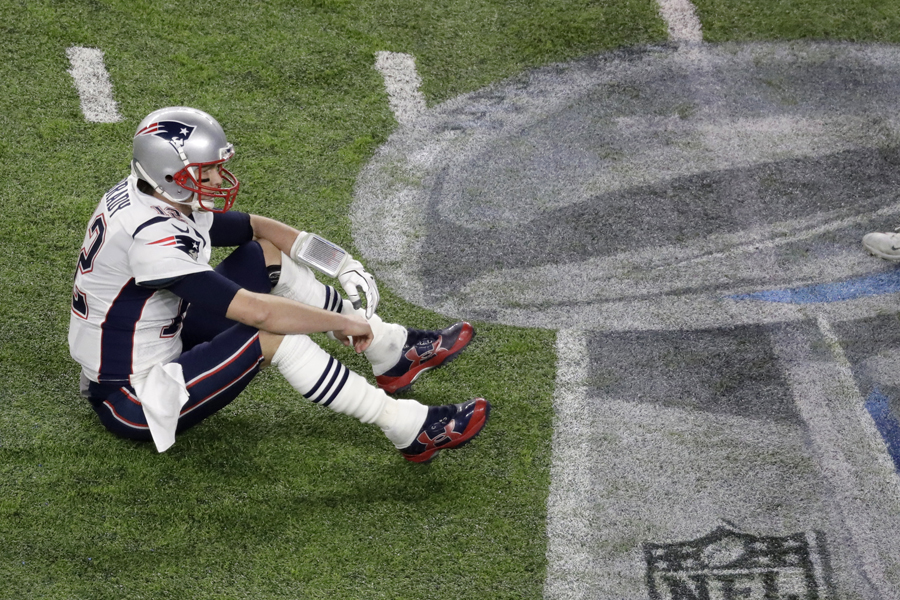 He’s got five rings, a million adoring fans, the world at his fully healed fingertips, and, apparently, a lot on his mind.

After a successful season but disappointing Super Bowl loss, reports of turmoil behind the scenes, and a revealing documentary that probed his private life and raised some questions about his battle with the inevitable march of time, Tom Brady has plenty to think about that doesn’t involve studying plays and chugging electrolytes.

That’s because Brady isn’t a super hero. He’s a real person. Do you ever stop to think about whether Tom Brady, the greatest QB of all time, is fulfilled on an emotional level? What does it all mean in the end, you might ask yourself. He certainly has.

So is Tom Brady, ultimately, OK?

There was some concerning new evidence on this topic revealed to us on Monday, when the quarterback sat down for an interview with sportscaster Jim Gray at the Milken Institute Global Conference.

What’s it like playing for Bill Belichick, the coach with the brilliance of a military tactician and the personality of a pylon?

“He’s the best coach in the history of the NFL and he has a management style of players and it’s, he would say, ‘Look I’m not the easiest coach to play for,’ and I agree, he’s not the easiest coach to play for,” Brady said. “But he’s the best for me and I think what he’s proven is that whatever talent he has, he maximizes talent. I mean, what more could you ask of a coach than that? That’s what I want as a player.”

But does he feel appreciated by his colleagues, he was asked?

“Man, that is a tough question,” he continued. “I think everybody in general wants to be more appreciated more at work, in their professional life. But there’s a lot of people that appreciate me way more than I ever thought was possible.”

But here was the kicker. Asked whether he’s happy, Brady’s answer was this: Sometimes.

Tom Brady was asked today at the Milken Institute Global Conference if he feels appreciated by the Patriots. His response: “I plead the 5th…” pic.twitter.com/8Tl6k5emj9