The MidTown Hotel Property Is Going on the Market

The First Church of Christ, Scientist, which owns the land the old-school spot sits on, is opening it up for developers to swoop in. 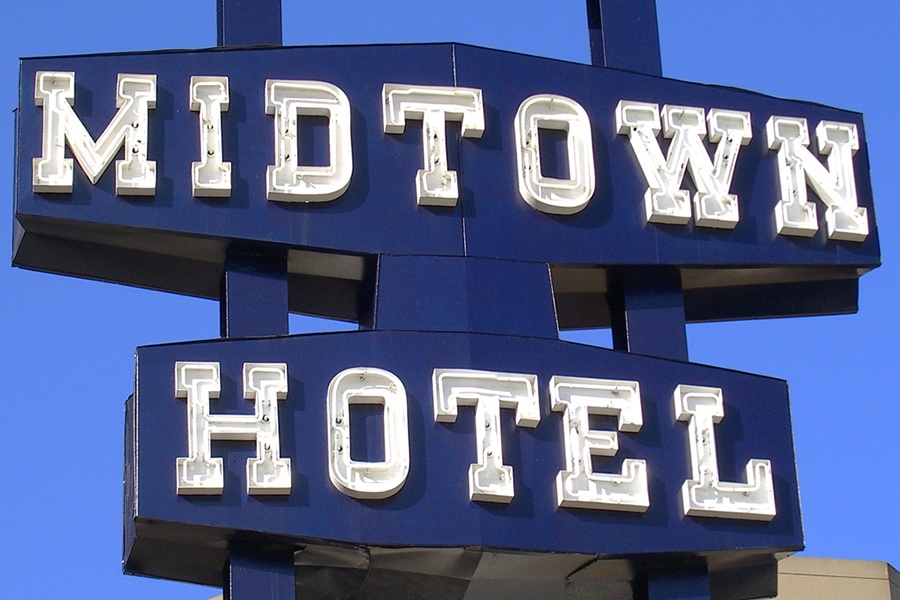 Photo by walknboston on Flickr/Creative Commons

The MidTown Hotel doesn’t want to dazzle you.

The old school Back Bay outpost harkens back to a more affordable, less flashy era of buildings long-since replaced by opulent, shiny towers. But now, the holdout where you can still manage to book a bed on a Saturday for just north of $200, may soon be changing hands.

According to the Boston Globe, the First Church of Christ, Scientist, is putting the hotel property on the market, leaving open the option for a new owner to knock down the MidTown and replace it with a far fancier spot more in line with its Back Bay neighbors. The church isn’t setting any guidelines for what may replace the hotel, according to the Globe, so long as the reimagined property continues to enrich the neighborhood. But the deal, which could be worth up to $80 million, will surely get developers’ creative juices flowing.

“There are really bright minds out there that are going to compete for this,” Jack Train, the church’s director of real estate assets, told the Globe. “There are so many things it could be.”

The two-story, white-brick MidTown opened in 1961, according to the Globe, making it a dinosaur in comparison to its forthcoming posh neighbor, One Dalton Street. Boston has been a pioneer in the hotel world since 1829, when the Tremont House introduced new amenities like bellhops and free soaps to the industry. And the sector is showing no signs of slowing down. In fact, as detailed in Boston magazine, the city is embarking on yet another residence renaissance, with several towering hotels set to open in the Hub in the next few years. From the $750 million Four Seasons to the $550 million Omni Resort, the city will be flush with luxury options, making the potential absence of an affordable mainstay like the MidTown all the more glaring.