Galvin and Zakim Butted Heads at Their First Debate on TV

Strong words were exchanged as the primary challengers faced off. 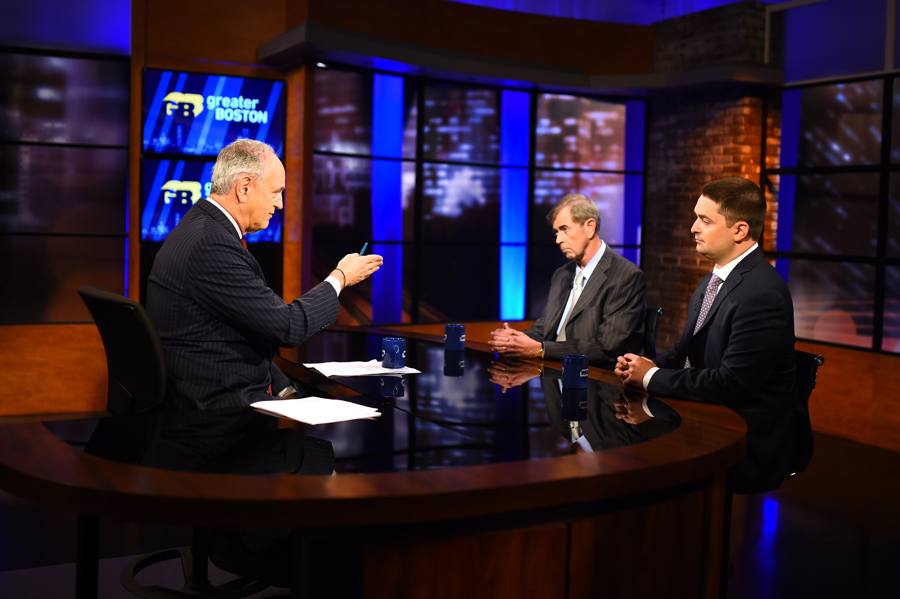 The primary battle for Massachusetts’ Secretary of State wasn’t destined to be sexy. The role is just inherently not as interesting to voters as other more prominent races. The average amount of time most people spend thinking about what their Secretary of State is doing hovers around nil.

But it is, in fact, an important job. It has a direct impact on how voting works in the state, and how public records are made available, so it’s good to see a little bit of brawling going on when it comes to vying for the position, and it’s good for all of us that the person with all that power has to, at the bear minimum, sweat a little (or a lot) in an election year. Incumbent Bill Galvin surely already has. At their convention this year, Democrats voted to endorse City Councilor Josh Zakim, the Boston City Councilor waging the first primary challenge against Galvin in years, over him, even though he’s been in the position uninterrupted for 24 years. The primary is on Sept. 4.

Well, if you wanted to see a fight, you got one last night. In a WGBH debate moderated by Greater Boston‘s Jim Braude, Galvin and Zakim squared off. The two had some words. Some highlights:

“Bill is a recent convert to a lot of positions I’ve taken and am running on in this campaign,” he said, citing his advocacy for same-day voter registration, adding, “For Bill to say that he has been a proponent of every progressive electoral reform is false.”

But Galvin insisted he had been a progressive advocate

“Every major progressive change that has occurred in Massachusetts election laws have come about because of me,” he said, pointing to the state’s recent adoption of automatic voter registration.

He also accused Zakim of not being in the trenches, poked at his City Council cred

“I’ve never seen you at a hearing ever on same-day or anything else,” Galvin told Zakim. And when Zakim said he hadn’t seen Galvin at any of the City Council hearings on the issue, Galvin snapped back: “Because the City Council doesn’t have anything to do with making law. I know it’s a fantasy down there that you do, but you don’t.”

And he brought up his voting record

Galvin also knocked Zakim over his voting record, noting that he didn’t vote in Democratic primaries in 2004 or 2006. “You criticize me for lowering participation and you don’t vote,” Galvin said.

Zakim blasted Galvin for choosing to hold the primary on September 4, the day after Labor Day weekend. “It’s certainly not a move intended to increase turnout,” Zakim said. Galvin contends that he had no choice due to several conflicts on other possible dates.

And he reminded voters of a new story making the rounds

Zakim weighed in on a report that a man accused of defrauding investors had worked as a consultant for Galvin’s office for years. “That was happening, literally, under your nose,” Zakim said.

Galvin, meanwhile, suggested some funding impropriety may be afoot

He repeatedly urged Zakim to take a “people’s pledge” not to take “dark money” and accused him of having a “special committee created for only his benefit to take in corporate funds.” Later, the Globe reports, Galvin’s campaign accused him of being affiliated with a political action committee set up by a Chicago attorney, which Zakim denies. “The campaign cannot, has not and will not accept a dime from this, or any other, independent expenditure organization,” Zakim’s campaign said in response, according to the Globe.

You can watch the whole thing here: