A Reminder: Trump Tariffs Could Jack up the Cost of New MBTA Trains

CRRC, which is celebrating new Orange Line train cars in Springfield, has sounded the alarm. 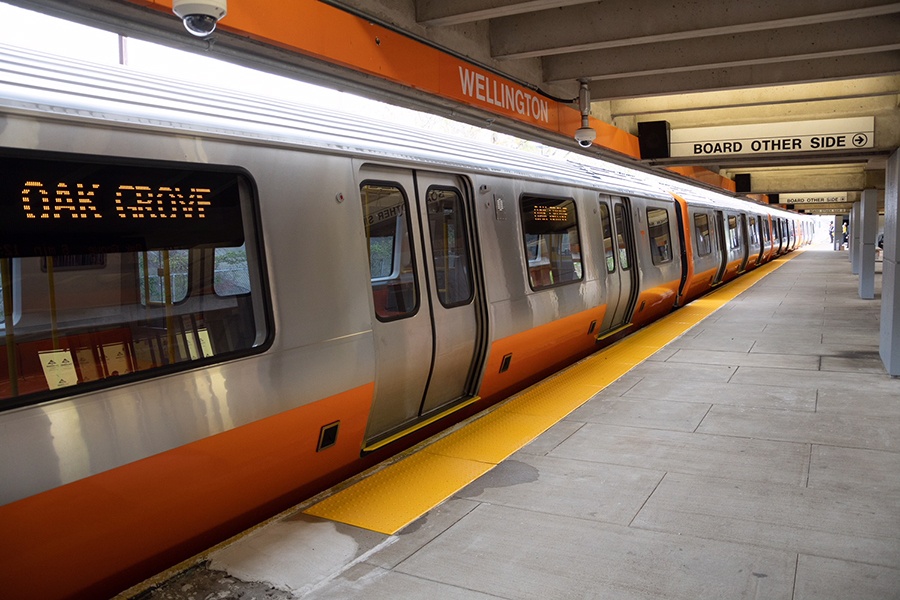 Here’s the thing about tariffs and trade wars: Ultimately, the people who feel the pain are often not the nation’s competitors overseas, but all of us—you and me, and, in this case, potentially, the MBTA.

Trump’s feuding with China could have very real consequences for the transit agency, the Chinese company building new trains in Springfield suggested again this week.

When Chinese Consulate-General Huang Ping spoke to reporters at an event celebrating the first batch of Massachusetts-made shiny new Orange Line trains, the Boston Globe reports, he raised in so many words the threat that tariffs on some key parts of the train cars could jack up the cost of the ongoing project. “This is a good example of US-China, win-win cooperation, which will benefit everybody’s life,” the official said. “As citizens of the two great nations, every one of us has a share of responsibility for maintaining this relationship on the right track. This year has witnessed some turbulences on our economic and trade ties.”

The T is in the midst of a multi-year contract with the Chinese government-run manufacturer to build new train cars for the Orange and Red lines over the next several years. CRRC finished building its facility out in Springfield last year and has now constructed its first Orange Line cars stateside. The first round of new trains have been undergoing testing and are slated to hit the tracks officially early next year.

For the past few years, a lot of work to turn around the #MBTA has gone on behind the scenes, and today we can see physical results of these efforts in the form of the first two new #OrangeLine vehicles produced right here in Springfield, Massachusetts. pic.twitter.com/xXbwd5Q3u4

CRRC has asked the Trump administration for an exemption to the tariffs, noting the bulk of the work on the trains will be done in the U.S. and assailing tariffs as “unfair.” It warns an upcoming 25 percent tariff on imported parts could increase the projects’ cost, although it’s not clear how much.

Other Massachusetts businesses that rely on imports have reported feeling squeezed by tariffs, among them Westwood-based ’47 Brand Hats and biotech companies that source supplies from China. Cranberry farmers braced for the impact of a proposed retaliatory European tariff on their products, until the berry was removed from the EU’s tariff list in June.