With a new name, logo, and marketing plan, the beloved local brand is positioning itself for the future. But does that future include us? 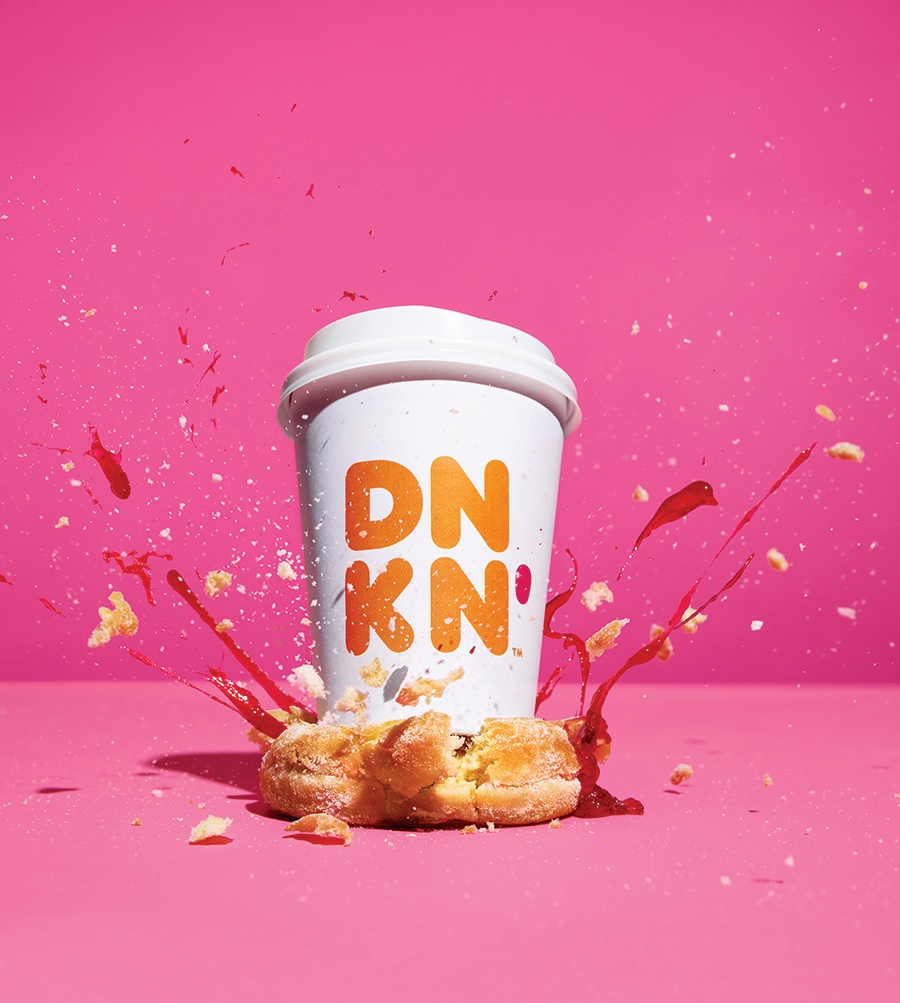 Photo by the Vorhees

Picture this: Early one morning, you’re walking to grab your coffee, maybe an iced regular with one milk, one sugar. You round the corner, and the unmistakable scent of 100 percent arabica, glazed old-fashioneds, and industrial floor cleaner wafts in your direction. You look up, and there it is: the iconic Dunkin’ Donuts sign. Except there’s no “Donuts”—the single word “Dunkin’” just hangs there, an unfinished thought in familiar orange bubble lettering. Inside, as you wait in line, instead of placing orders with actual human beings, customers are punching their selections into digital kiosks, so they don’t even have to talk to anyone. You’d be forgiven if you thought it wasn’t a Dunks at all.

These changes to one of New England’s most treasured brands are all part of the caffeinated vision of Dunkin’s new CEO, former McDonald’s exec Dave Hoffmann: shift the brand identity away from fattening, sugary treats and toward coffee for people on the go. The centerpiece of his plan revolves around the rebranding of the company’s iconic name, which begins in earnest this month at all of its U.S. locations and will eventually reach all 12,700 around the world. Next up: express checkout lines, cold-brew taps, and espresso drinks, all served with modern efficiency. Hoffman’s goal is to compete with the increasing number of chic coffee emporiums, such as Tatte and Caffè Nero, where you might nurse an artisanal pour while pecking away at your master’s thesis and lounging by a fireplace. Dunkin’s new look—sleek, fast, urbane, and no bullshit—is designed to bring in more customers than ever, coffee snobs and construction workers alike.

The transformation began slowly last year with a handful of test cases. The first Dunkin’ sans “Donuts” reared its head about as far away from Boston as it gets: Pasadena, California, where the brand could be tested with newbies. Soon after, a second one popped up near Boston Common, and then a third in Quincy, where Dunkin’ was born, complete with cold-brew taps and cutesy-chic pastry counters filled conspicuously with, well, doughnuts. (To be clear, the actual doughnuts are not going anywhere, and Dunkin’ still sells some 3 billion of them a year.) If it could work here, and within earshot of L.A., the thinking went, it could work anywhere. Which is exactly the plan: Hoffman recently announced Dunkin’ will open 1,000 new locations, almost all outside New England, by 2021. At the same time, the company hasn’t been shy about distancing itself from its local roots or about hiding its ambitions to appeal to people everywhere. After all, insists Tony Weisman, Dunkin’s head of marketing, the company isn’t an explicitly New England-y brand so much as a “New England heritage brand” that has adapted to be universally palatable. “We think we are right for every community, everywhere,” he says.

So what do Bostonians think about the rebrand? Suffice it to say, some took the news better than others. “I don’t want a Dunkin’! I want a donut, man! This world is going to hell in a handbasket. STOP THE MADNESS!” wrote one poor soul on Twitter. Others were more stoic. Crimson Hexagon, a Seaport-based consumer-sentiment research firm, analyzed all the commentary in social media posts from the region, and found that 27 percent conveyed either “anger,” “sadness,” or “disgust” regarding the change—which is actually good news for Dunks, since the rest seemed pleased, says Lou Jordano, Crimson Hexagon’s chief marketing officer. “Usually when household names go through this type of transition,” he says, “a significant portion of consumers feel upset or uncomfortable with such a significant change and voice frustrations online. However, Dunkin’s was overwhelmingly positive.”

Even so, for many of us, change takes some getting used to. We New Englanders are a loyal bunch, but a strong enough whiff of betrayal can snuff out the scent of a freshly baked Boston cream pie in no time. So, as the bright-pink “Donuts” lettering falls from storefronts everywhere, and the Dunkin’ brand continues to spread west of the Mississippi, consider yourself on notice, DD: Your hometown is watching.

Correction: An earlier version of this story misstated the color of the “Donuts” portion of the Dunkin’ logo.