A video shows one brave sea bird swallowing a rat whole in Boston. 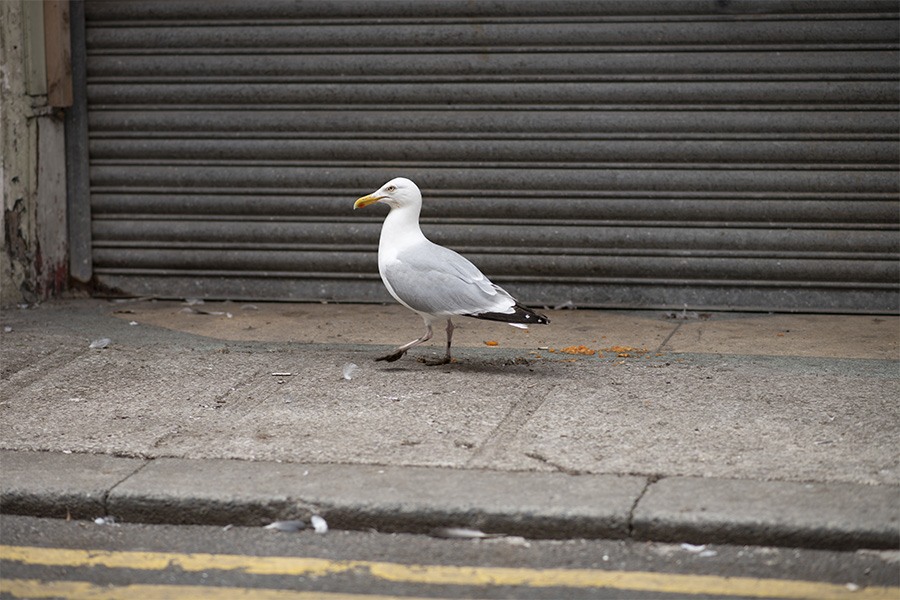 Sorry, Marty Walsh. Move aside, Patriots. Get in line, Mark Wahlberg. Boston clearly only has one true king—and it’s disgusting.

A seagull absolutely demolished a street rat in a video posted Monday, much to the horror of what sound like a few folks just trying to have a nice, carnage-free day. If you’re expecting cannolis and maybe some frutti di mare, a graphic dose of bird-on-rat violence isn’t exactly the traditional appetizer. But hey, welcome to Boston.

The video, taken by Thomas Scott Oldbury and likely narrated by the same, shows the bird taking down a rat on Salem Street and then proceeding to pop it in its mouth in one piece. The predatory bird flew up onto the hood of a parked car where one of his friends joined him to watch the spectacle go down.

“Oh my God, he has just swallowed it whole… Ratatouille?” the man giving color commentary exclaims.

The bird has a little trouble getting it down, understandably, and the rat’s tail dangles out of its beak during the whole, uncensored affair. In a cliffhanger ending straight from a Christopher Nolan movie, the bird flies out of frame (to the vocal chagrin of the British onlookers), presumably to finish the job.

Boston’s rats have been ruling the city for as long as there’s been a city to rule. You can call yourself a Bostonian or a Masshole all you want, but just realize all you’re doing is leasing a space from the rats—under the condition that they get to visit any time they want, of course.

But it seems like rats have met their grimy match on the streets in the city’s obnoxious seagull population. This particular seagull pulled no punches, swallowing his victim whole to erase any confusion about which species runs this town.