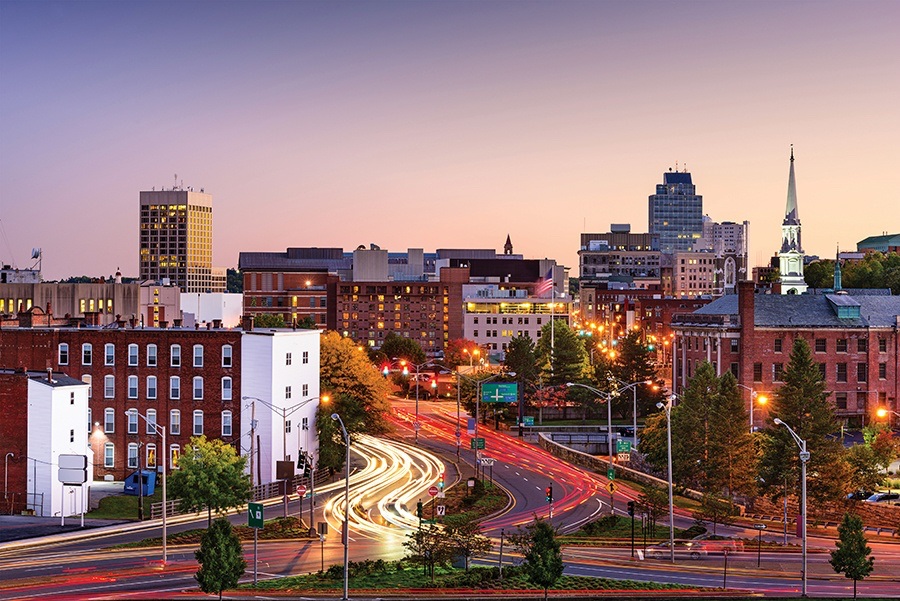 A Worcester man was pinned to the ground by employees of Kelley Square Pizza Monday night after pulling what looked like a black handgun on them. But instead of blanks or bullets, his weapon was loaded with BB pellets.

According to employees, the man had been sitting and periodically laying in a booth and on the floor of the Worcester restaurant without ordering anything. Everyone has a different method of deciding what to order, but after it had gone on a little too long, employees asked him to eat or get out.

The man put up a verbal fight first, screaming and calling the employees names. When they started trying to escort him out the door, he allegedly delivered a smooth line for someone screaming as they’re being kicked out of a pizza shop.

“He said, ‘I have something for you,’ and pulled out a gun,” store manager James Morin told CBS. “I didn’t have time to think. I just reacted.”

Employees did not know the ammo was BB pellets, believing he had a loaded gun as they pinned him to the ground until the police arrived.

The man was identified by police as Antonio Judd, 44, of Worcester.

Morin said he could tell Judd was drunk when he walked through the door and beelined for a booth to lay down, seemingly intending to take a quick nap. The booth must not have been too comfortable, though, since Judd took to the floor for a bit to try and catch some Zs.

Worcester police arrested Judd and took him to jail, where he’ll be detained for at least one week, at which point a judge will decide if he’s fit to reenter the world, this time hopefully unarmed. He has been charged with assault with a dangerous weapon, disorderly conduct, and trespassing.