Courtney Pong made the executive decision to end a show early at the Rozzie Square Theater. 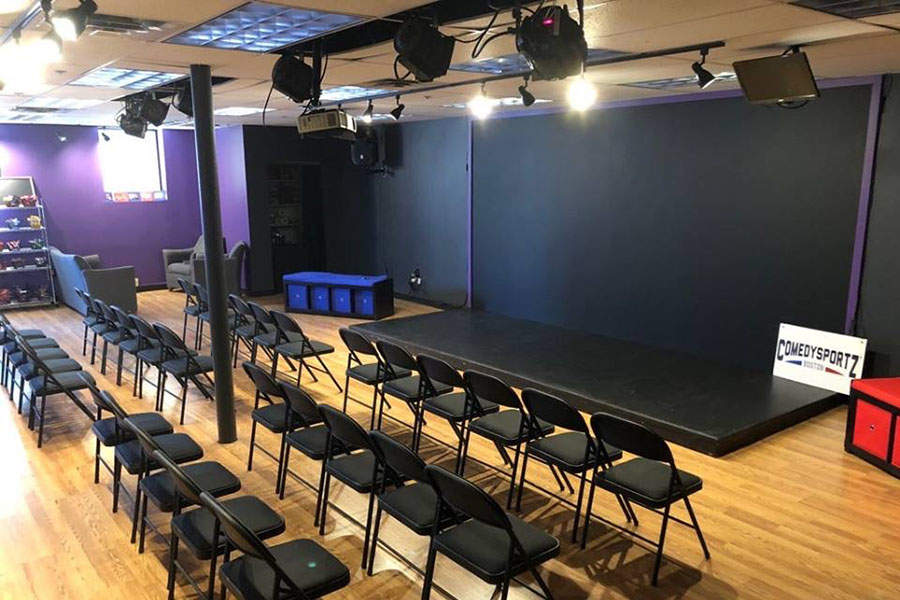 The world of comedy, which prides itself on rule-breaking and brutal honesty, is more than a little obsessed with maintaining the status quo. It’s notoriously difficult for women and people of color to break into the industry. Audiences have quickly forgiven famous funny men in the wake of their #MeToo moments. And this weekend, when a local theater owner took a stand against the misogynistic jokes fundamental to a certain type of male stand-up, she was met with swift, unrelenting backlash.

Saturday evening, Rozzie Square Theater owner Courtney Pong shut down a series of stand-up sets after the line-up of comedians made persistent racist and sexist jokes. According to Pong, the emcee (who, along with the featured comics, was hired by a separate company that contracts with the theater) kicked off the night by making a joke about how “segregated” the audience was, attempting to make two black and two white audience members change seats and sit next to each other. After that, Pong says, a string of comics embarked on a stale lineup of jokes, touching on sexual conquest and domestic violence, and often referring to women as “bitches.” The audience was so quiet throughout the set that Pong had to go over to the sound booth to play background music in an attempt to cut the awkwardness.

What finally sent Pong over the edge? When one of the comics joked that he lost his job as an Uber driver because he made all his female passengers ride in the car trunk. Shortly after, Pong stood up, rang a bell to silence the comedian, walked to the front of the room, and announced she was cutting off the show.

“This isn’t content that we want in our theater,” Pong says she told the crowd, “And it’s not what we want as a community.” All paying customers were offered refunds.

The Rozzie Square Theater, Pong says, is meant to be a place for people, especially those who don’t feel welcomed in the comedy community, to laugh and feel safe. Comedy can be a dangerous world for women and people of color, who more often find themselves the butt of jokes then onstage telling them. For Pong, this was a moment in which she could affirm to her audience that there is indeed a comedy venue where sexism and racism are not welcome. It wasn’t about making a judgment call about whether or not jokes about race and rape are funny, Pong says. Rather, she turned the lights on and sent everyone home because “no woman in the world would have felt safe in that room,” and that conflicts with the theater’s foundational beliefs.

“I’m creating a space for customers to enjoy a show,” Pong says. “It was a business decision in the moment. We didn’t tell them they couldn’t do it ever. This just isn’t the space.”

The Rozzie Square Theater opened just a year ago. It has a capacity of 49, and fewer than 20 people were in attendance at the show Saturday. But hundreds have now caught wind of the incident and are using it as yet another opportunity to lament the death of humor at the hands of political correctness. In the past two days, Pong has faced a deluge of tweets accusing her of not getting the joke, overreacting, power tripping, virtue signaling, and “censoring” comics. Kirk Minihane latched onto the controversy and cited it in his latest podcast episode as an example of how “woke culture” is ruining entertainment. Some have even taken to the Rozzie Square Theater’s Facebook page to leave obviously phony 1-star reviews in an attempt to tank the theater’s rating.

After the Saturday show, Pong and the box office attendant—the only other woman in the room Saturday night—cleaned up and closed up. Pong headed across the street to Napper Tandy’s bar, where almost everyone from the venue had gone after she shut down the show. The comics were there, but did not acknowledge her. Two of the white male audience members did, however, approach Pong, curious to hear why she did what she did. She explained: That someone needed to show that “It’s not okay to punch down at women.” That any woman watching that set would have felt threatened. That there isn’t enough progress being made when it comes to including marginalized people in comedy, onstage or in the audience.

They seemed to understand, Pong says, which was what she set out to accomplish in closing down the show in the first place. A dialogue was always the goal. And, even as she stares down an army of trolls, Pong’s belief that everyone deserves a comedy venue where they feel safe is unwavering.

“In order to create a more diverse and inclusive environment,” Pong says, “We need to try harder.”