How to Save Transportation in Boston: Buses

According to the experts, Bus Rapid Transit is the only solution. 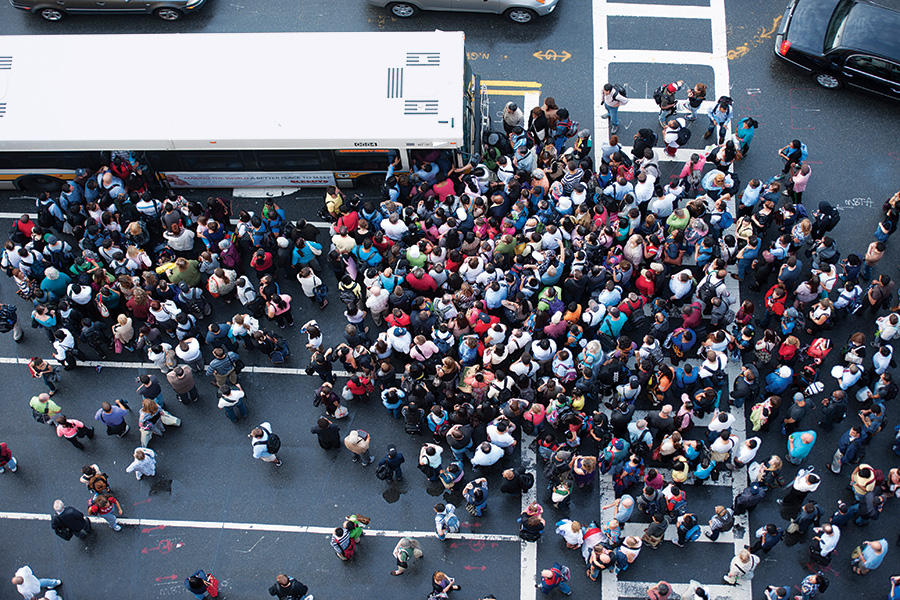 Bus Rides with Speed and Comfort

We’re never going to have buses be competitive with driving unless we get them out of traffic. To do that, they need priority on the road. We’ve seen great progress with that recently with dedicated bus lanes, but that’s not enough.

Bus Rapid Transit (BRT) reimagines the bus as its own first-class system. These buses would run down the middle of the road, with comfortable, well-lit, heated stations and a platform that’s level with the bus. You’ll feel just like you’re waiting for the train. You’ll know exactly when the next one is coming—and ideally, they’re coming every two to five minutes, so you don’t even have to wonder. You can just show up. From Dudley Square, you could choose to get downtown in 10 minutes; or to Harvard, via Longwood Medical Area, in less than half an hour; or all the way out to Sullivan Square and eventually to Everett. You know it’s going to get you there, bottom line. Comfortably and even with class.

If we want more people riding public transportation, then everybody should be able to ride the bus without any obstacles in the way. As part of that, the state should buy buses that are designed for everybody.

On newer MBTA buses, sometimes I’m not able to get through the aisle: The driver shield, the fare box, and the wheel stoppers are in the way. On older buses, I am able to get on because the aisle is a little bit bigger—but I’m not able to get into the section where they have the wheelchair space, and I have a hard time getting out. The driver has to strap me in the middle, in people’s way.

Sometimes I just roll to places. Some of my friends are doing the same thing, just rolling around because they don’t want to deal with the whole obstacle of getting on the bus. It shouldn’t have to be that way.

Don’t let all of the technology distract you from the basic geometric fact of what the transportation problem is. The problem is sharing space. The only solutions that really work in a big city are those that use space really efficiently: sharing a vehicle in such numbers that, although that vehicle takes up a lot of space, it is moving enough people that the space is well served. And that’s what buses do.

One of the biggest things cities control is protecting buses from traffic congestion. One way is developing aggressive bus-lane strategies that move buses through the city efficiently. But there are a whole bunch of other related things that the city controls, like law enforcement. Bus lanes are only as good as their enforcement. Law enforcement needs to be directed to view the bus as a high priority—guiding it through a traffic jam, for example. Because it is serving so many people, it’s not just another vehicle that they are managing in a traffic situation.

Bus Rapid Transit (BRT) is a logical first step for Boston, because it can have a positive impact on the greatest number of people—especially those in communities of color, who are disproportionately affected by long and costly commutes.

The Blue Hill Avenue line, the 28 bus, serves about 12,000 daily passengers. The city has announced plans for new traffic signals, which would provide signal priority for buses on Blue Hill Avenue, but we can go further. For instance, off-board fare collection can significantly speed up the logistics of people getting on and off buses. We can also enforce the dedicated bus lanes. And we should explore platform-level boarding, so people with strollers, wheelchairs, or limited mobility have the ability to board quickly.

My work with the Alliance for Business Leadership took me to Mexico City last winter, where I experienced some of the most efficient BRT systems in the world. They’ve made these investments over the years, and we have the same opportunity for economic mobility and economic growth here in our region. It really is a livability issue in our city. Even if you don’t live near a bus stop or take the bus, a reliable and efficient transportation system gets people out of their cars and off the roads, easing traffic for everyone, and that’s simply better for all.

Read more about how to save Boston transportation.