What’s Wrong with My Plant?

And more to the point, what's wrong with me? 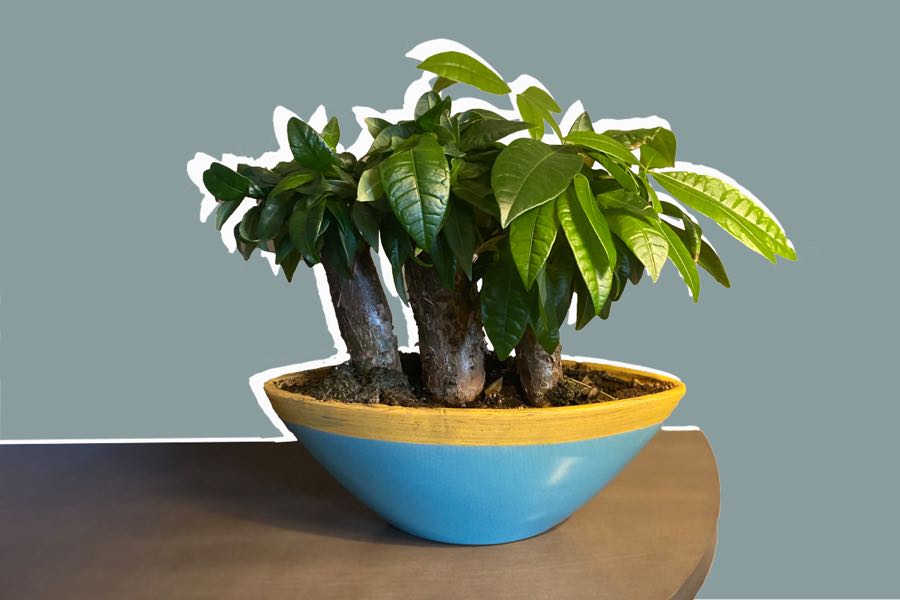 At some point in 2020, I bought a plant. I can’t remember when, exactly, but somewhere between 5 and 11 months ago I spotted a pallet of a hundred little potted money trees at a Home Depot in Dorchester, each of them placed in a boat-shaped pot painted aqua and gold, and brought one home. I don’t know why. I just did it. I’ve never had a houseplant before, but the giant global what-have-you was apparently all the push I needed to take on this extremely common and low-stakes hobby for the very first time.

In keeping with a lifelong tradition of seeing minor interests spiral out of control into full-on obsessions, my stupid little plant has taken up an unlikely amount of my mental energy this year. I have spent hours sorting out the apparently limitless and contradictory advice available to me on how to feed, water, and re-pot the thing, and what its scores of leaves of varying color, shape, rigidity, and waxiness—not to mention insect population and soil moisture content—might be telling me about whether my money tree is improving or deteriorating on my watch. Whether I myself am improving or deteriorating in my living room-turned-office is a separate but probably related question.

Houseplants have, it turns out, become wildly popular in the past year, with garden centers reporting historic highs in sales of everything from full-on ficuses to functional plots of basil and cilantro, much of it going to rookies. After renewed lockdowns this winter, the internet’s new crop of lush indoor plant-scape and plant-based influencers (including my all-time favorite account on Twitter) have been seen as a sign that people are trying to bring the outdoors in.

But enough about everyone else. The real issue here is that my money tree may, or may not, be on the ropes. In the months I’ve had it, I’ve faced a series of unanswerable questions about the thing.

For one, all the pictures of Pachira aquatica show it sprouting elegantly upward, lovingly braided together, with a couple dozen big, green, healthy leaves dangling from the precipice. Mine is three fat stumps topped with a tangled mess of leaves—some large, some puny, 10-15 percent of which seem to be dying on any given day. Did I buy a plant cut short on purpose to keep it in suspended animation, the way a Christmas tree is designed only to entertain you until it croaks? I don’t know, and at this point maybe I don’t want to.

The second issue has to do with the sun. For a while this summer, I had the plant pushed right up against a window to maximize its intake of light, but I panicked after noticing how brown this choice was making it, so relocated it to a significantly less sunny corner of the apartment. This choice, too, had its consequences. Growth on the right side, which faces the window, has exploded. One especially spunky stem and its four leaves are now sitting a full three inches above all the rest. But on the more shadowy left, it seems like all the leaves are fighting for their chance in the light, and losing. The plant’s back side is hilariously bare.

The search for advice has yielded mixed results. A plant-loving friend on a Zoom call recently suggested I rotate the thing slowly for the next couple months to even things out, but a website I found warned me not to do such a thing. Everyone is telling me to go easy on the water, waiting several weeks to let the soil dry out. But if I go more than even just one week without watering it, my plant seems to be crying out for moisture, its leaves curling up in protest. Sometimes I’ll stick my fingers between its branches and pull out an entire palm full of death. 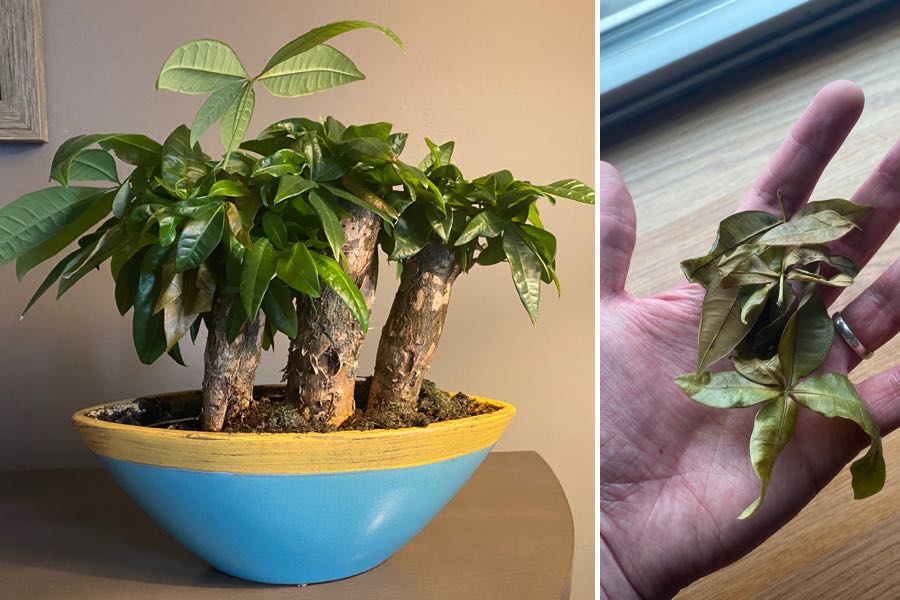 Occasionally, my wife will check in to see how things are going. “How’s money?” she’ll ask. I just don’t know anymore, I’ll reply. We’ll be talking about a plant.

Still, something keeps me from turning this project into compost. I need things to do that don’t involve slowly scorching my corneas staring at screens, so poking at a plant several times a day has its benefits, even if I’m never exactly sure what I’m looking for. Also, at a time when the world feels extraordinarily precarious, there is very little that can go wrong in the corner of it where my dumb plant sits all day. It will never break down, send me a medical bill, or suddenly go out of business. It can neither catch nor transmit the novel coronavirus. I can stare at it from across the room and it’s always right there.

Another friend suggested that maybe this whole ordeal is “a slippery slope toward parenthood.” It is definitely not that. What I do want out of this, though, is to have brought something that is in a verifiable state of change into a locked down apartment in stasis. The plant, to put it simply and cringe-ily, will grow. At least, I think it will?