But just in comparison to the last year. 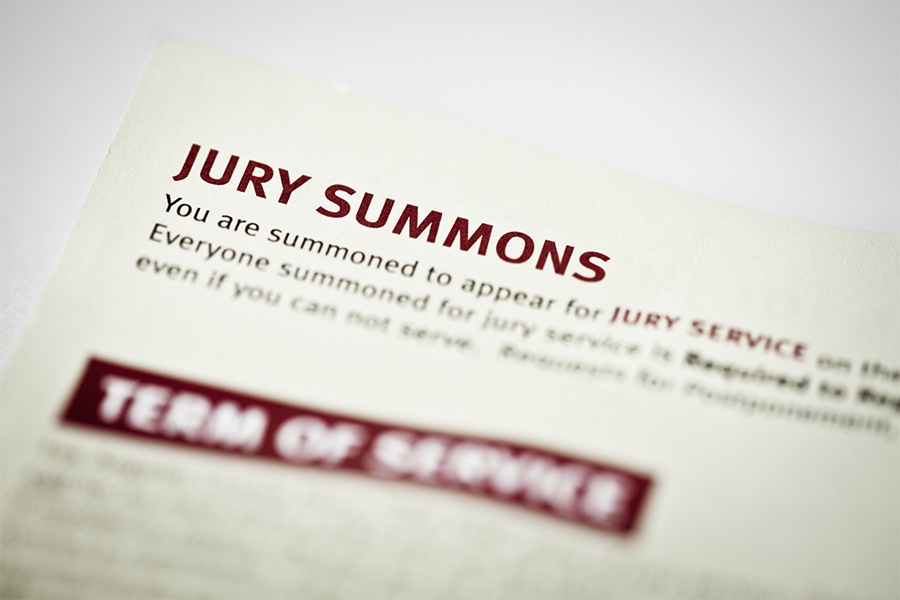 Way back in early 2020, a summons for jury duty hit my mailbox. I’d gotten them before, but by the time April rolled around, it had become abundantly clear that I would not be going in, and sure enough, I received a cancelation notice before the date came up. So it felt only fair that earlier this spring, as vaccinations increased and case counts began to drop, I received a new summons. But it got me wondering—are we all about to get hit with jury duty due to a COVID-created backlog?

Not so fast, says Jury Commissioner Pamela Wood, who put to rest my paranoia about rampant jury duty. But you could be forgiven for thinking a lot of people are getting it right now, because the court system has only now hit full steam again. Jury trials were suspended in 2020 due to the pandemic, as PPE was ordered for staffers, and updates were made to courthouses. Historic buildings may look beautiful, but they’re not usually known for their great ventilation systems. Jury trials resumed in January of 2021 in 10 courthouses that had been updated for COVID protocols, but Wood says the court system turned to other options to host trials, as well. That means some lucky number of Massachusetts jurors got to sit on jury trials at such exotic locales as Lombardo’s in Randolph and the Cape Codder in Hyannis.

Over the course of the spring and summer, though, the system went through a phased reopening of more and more courthouses. So if you keep hearing about friends and family getting a jury summons, that’s probably just reflective of the fact that the state has been ramping up its requests as part of its plan to reopen all 60 courthouses it uses for jury trials by September 7. In other words, a lot more people are getting called in right now than have been for some time…but it’s just getting us back to our pre-pandemic rate. And while many of us have been known to grumble about the inevitable summons, Wood says they’ve been “quite surprised by how many people were willing to come during the pandemic.” Turns out, people take their civic duties pretty seriously here in Massachusetts.