Boston’s St. Patrick’s Day Will Be Back to Its Former Glory in 2022 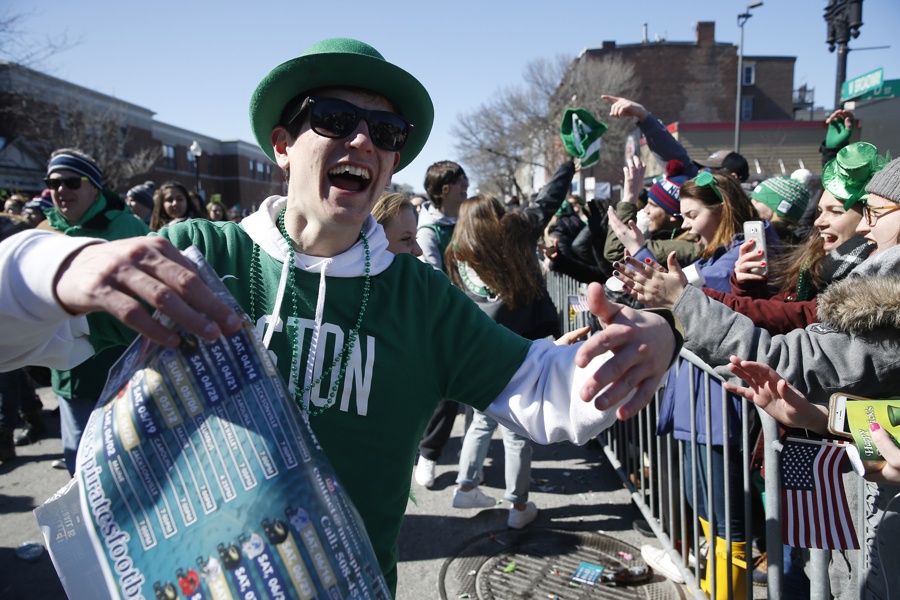 Locate your scally caps and shamrock merchandise, check the expiration date on your green food dye, and put your drinking boots on. Because at long last, it’s on.

St. Patrick’s Day is set to return in full force to Boston next month, when both the city’s famed parade and its infamous breakfast are expected to be back in their full glory.

Parade organizers and Boston officials this weekend confirmed that the plan is for the big public celebration, absent in the city since 2019, to once again wend its way through South Boston come March 20. Registration for the parade is currently open on the Allied War Veterans Council website, and astute observers have pointed out that the site’s parade countdown clock is now ticking away.

Meanwhile, State Sen. Nick Collins announced this weekend that the breakfast, a longstanding tradition wherein the city’s political elite gather to roast and toast one another, will be back live and in person this year. It’ll be held at the Boston Convention and Exhibition Center the morning of the parade, and broadcast on CBS Boston. The breakfast is not for everybody, but for those who appreciate insider-friendly and occasionally funny jokes at the expense of Boston’s political elites, it’s nice to know that everyone will get to do their roasting in person this year, rather than via yet another Zoom call.

The news comes amid a precipitous drop in COVID cases following the Omicron surge. Boston has already dropped its vaccine mandate, and appears just days away from letting the mask mandate slip away as well.

It’s no small thing to welcome St. Paddy’s day back to Boston. The holiday as celebrated on this side of the Atlantic appears to have its origins in this city, when it was seen as a way to express the nascent Irish-American identity on the continent (even if things may have gone decidedly in the everybody-drinks-green-beer direction in the years since).

We can also consider it a bookend to the phase of the pandemic we’ve just lived through. The parade will come almost exactly two years after the week when the pandemic really kicked into overdrive in the city, which just so happened to coincide with the lead-up to St. Patrick’s day. You may remember that at this time in 2020, Southie bars were under a tremendous amount of pressure to keep crowds down in the days before this drinkingest of Boston holidays, especially after photos of long lines of revelers outside The Broadway caused controversy there. It was, as we now know, just a taste of what was to come.

In 2022, though, there’s nothing standing in the way of letting your freak flag fly, and finally getting two years’ worth of pent up Irish pride off your chest. So, to you and yours, a whole-hearted sláinte!