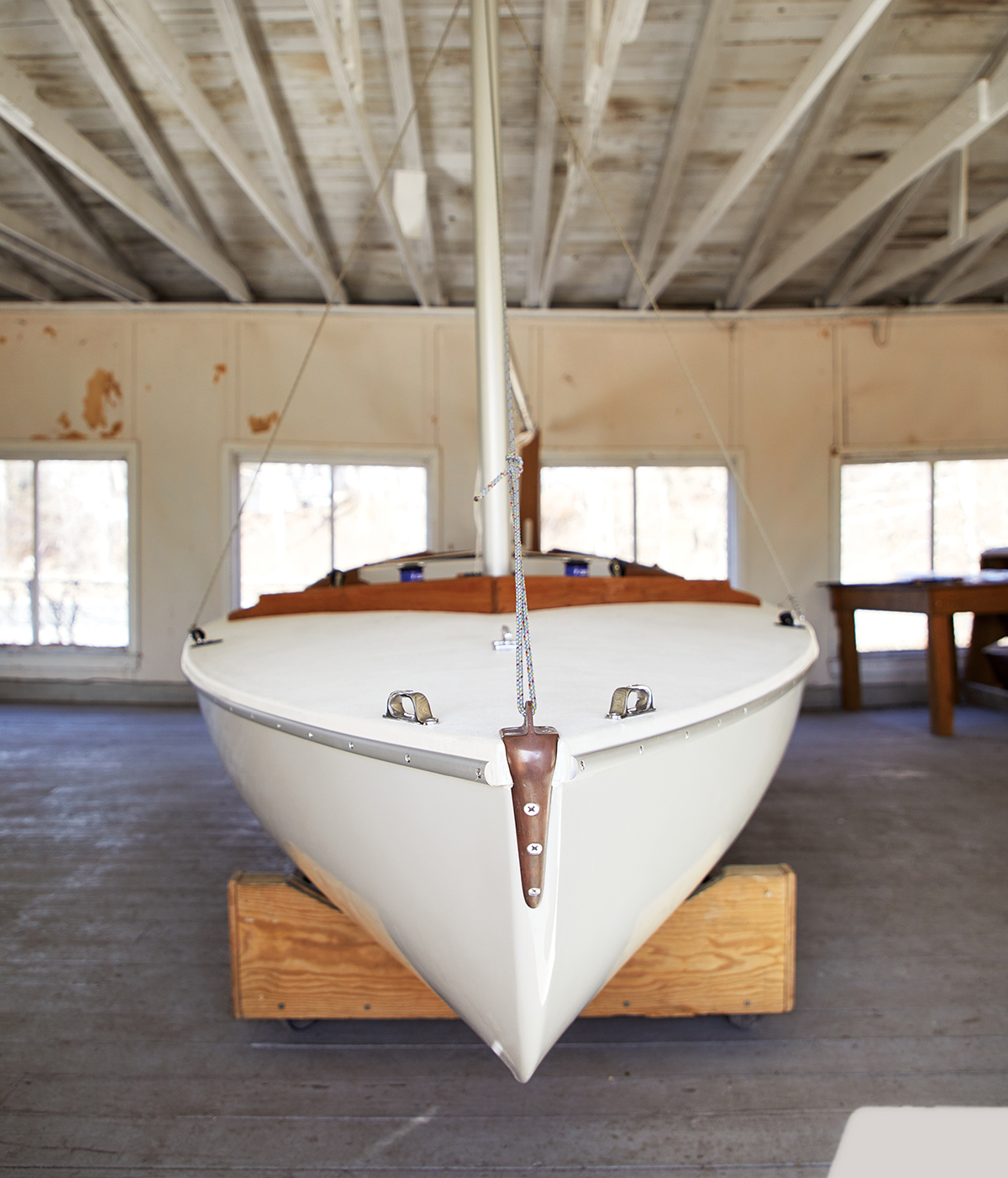 Wendy Goodwin carefully moves through Cape Cod Shipbuilding Co.’s windowless workshop, the sharp smell of paint hanging in the air. As president of her family’s Wareham-based sailboat-manufacturing company, she’s made this trek countless times. Wendy herself is not a builder, but she knows the shop—and what takes place there—inside and out. She explains the properties of the fiberglass that workers use to create the hull, or body, of each boat. She points out the machine that cuts it. “And these are the component parts,” she says, motioning to an assortment of wooden tillers on a nearby table. “The neat thing about these is our family has property in Maine, where we grow ash. There’s a little bit of Maine in every boat because our tillers come right off the property.”

Wendy’s anecdote speaks volumes about the local legacy of Cape Cod Shipbuilding, imbued with nods to family, tradition, and honest-to-goodness New England craftsmanship. Originally founded in 1899, the company was purchased by Wendy’s grandfather E.L. Goodwin in 1939. At the time, the boatyard—located along the banks of the Wareham River—specialized in producing wooden vessels for commercial and recreational use. During E.L.’s decades-long tenure, which included a brief detour into crafting 40-foot tugboats for the military during World War II, Cape Cod Shipbuilding narrowed its focus to pleasure boats, adopting recently introduced fiberglass as its medium of choice in the late 1940s. As such, the company—currently helmed by Wendy and her father, Gordon Goodwin—is the country’s oldest fiberglass-sailboat manufacturer in operation today. “It’s interesting to read what my grandfather wrote about fiberglass because he clearly was selling to people who were not keen on this new material,” says Wendy, sitting behind E.L.’s old wooden desk in her office. “He worked very hard to prove to people that fiberglass boats, when they’re made very well, will remain afloat if swamped.”

Cape Cod Shipbuilding’s nine-person team of craftsmen builds 10 different sailboat models, including the nationally recognized Bull’s Eye—a nearly 16-foot vessel that’s become so popular, it has its own racing class. Each of the company’s boats, priced from $17,000 to $106,000, can take as long as seven months to construct.

Wendy says that the first steps in the process, which involve using molds to create the hull and deck, are a lot like baking. “The mold looks just like a cake pan,” she explains. Workers spray the molds with a colored gel coating, and add layers of fiberglass. Once the fiberglass cures and the molds are removed, a lead keel is installed on the hull’s exterior. Then come the woodwork and trim, followed by the manufacture and installation of spars, masts, and booms. The last steps involve painting the hull, inscribing the boat’s name on its transom, and creating the rope and wire rigging. “Everything at our boatyard is done in-house, except the sails,” Wendy says, adding that construction takes place year-round. “That’s fairly unique.”

The company’s business model is also exceptional. Unlike the region’s other builders—many of which have shuttered in the downswing of the 1980s boat-manufacturing boom—Cape Cod Shipbuilding’s income comes from three different sources: new builds, repairs, and boat storage. Wendy says this diversity has helped keep the company afloat when others have gone under. But according to her, the real secret to the remarkable longevity of her third-generation family business—which once crafted a fleet for the Kennedy clan—is the quality of its craftsmanship.

“People who own our boats own them for a lifetime or pass them down to the next generation,” she says. “Not every boat builder will produce a boat that can do that.” 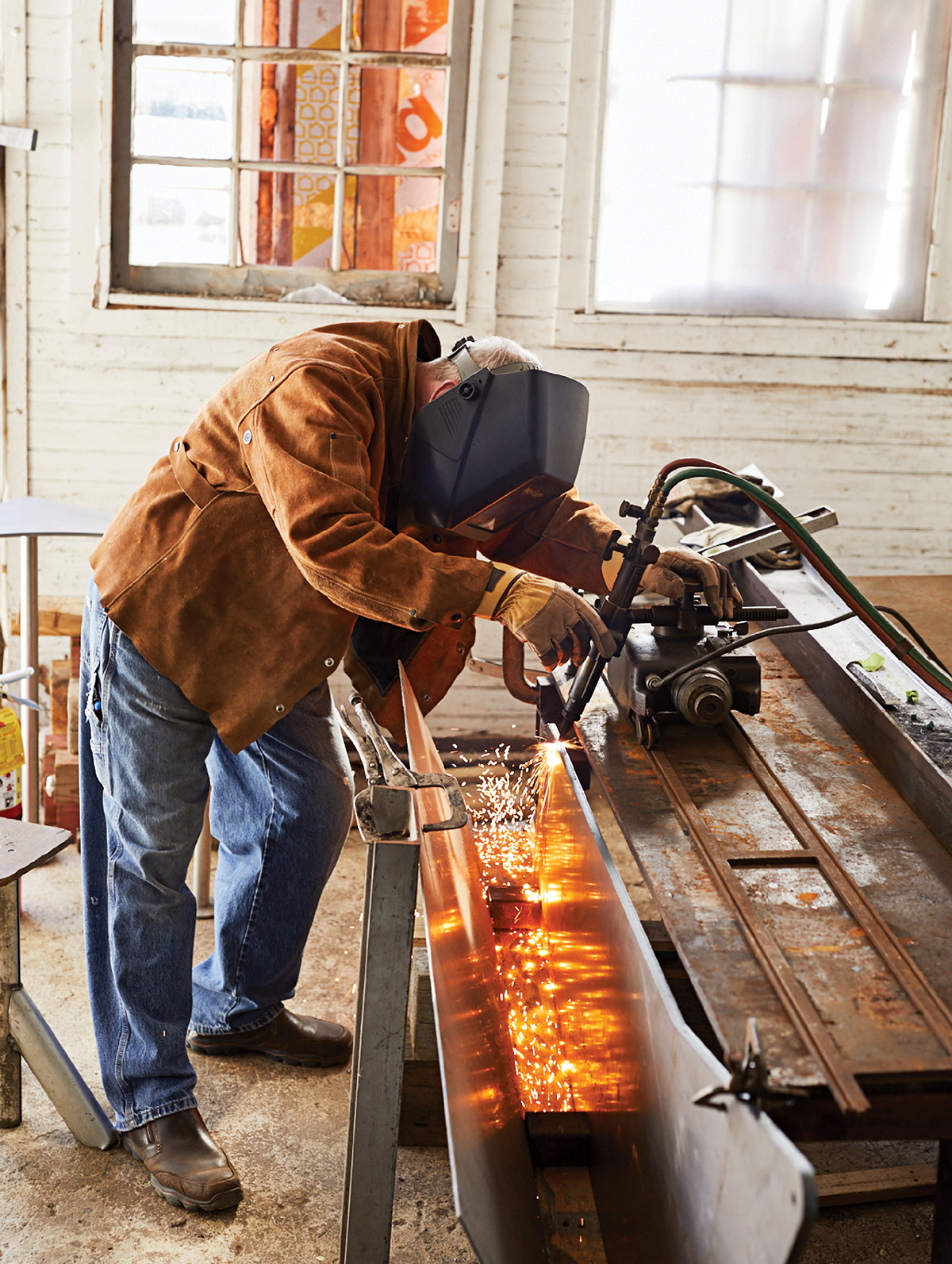 Using an acetylene torch, a welder bevels the trailing edge of a boat’s centerboard, which helps it sail in shallow waters. / Photograph by Pat Piasecki 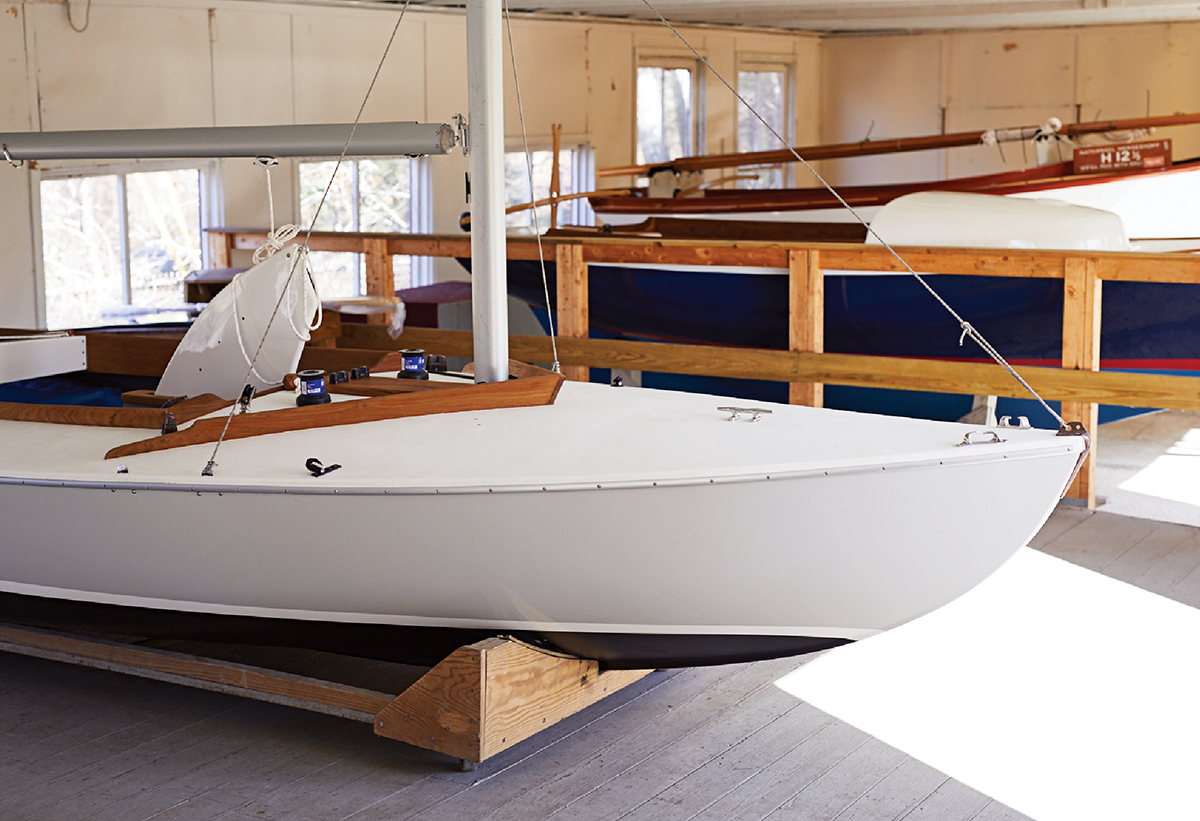 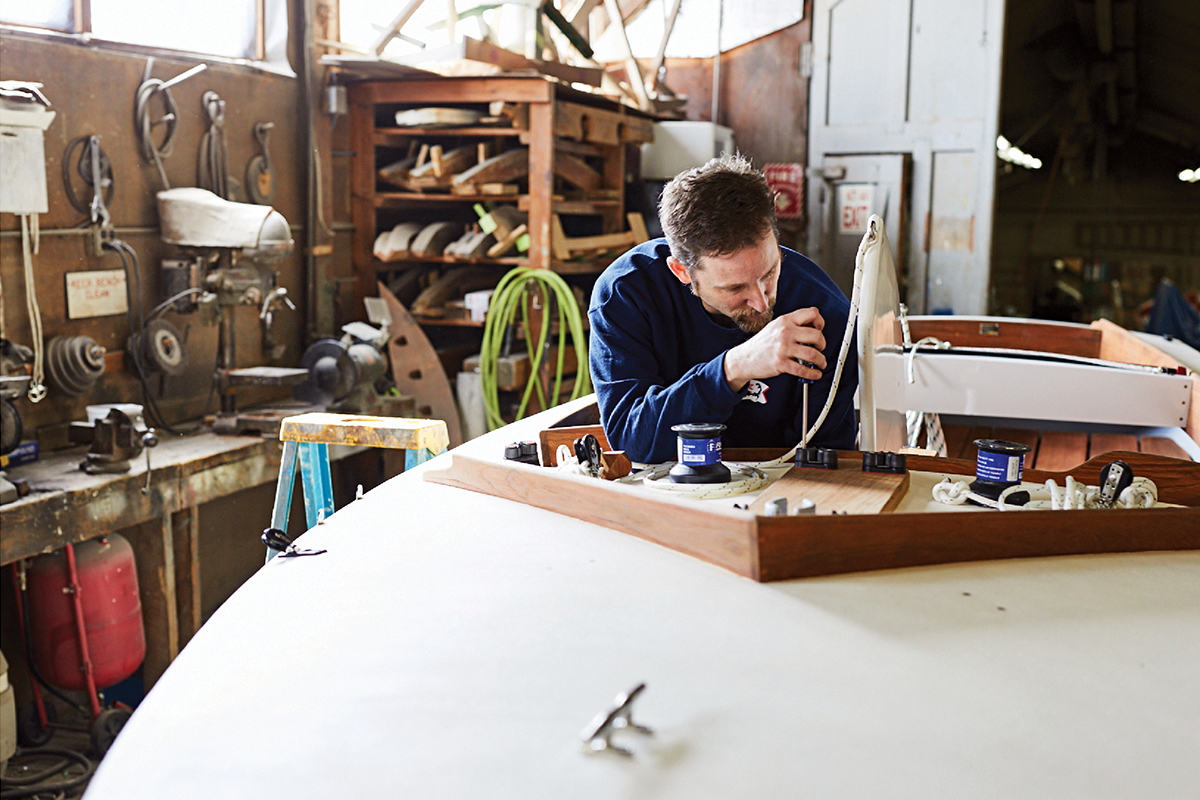 A master carpenter installs hardware on a new boat. / Photograph by Pat Piasecki 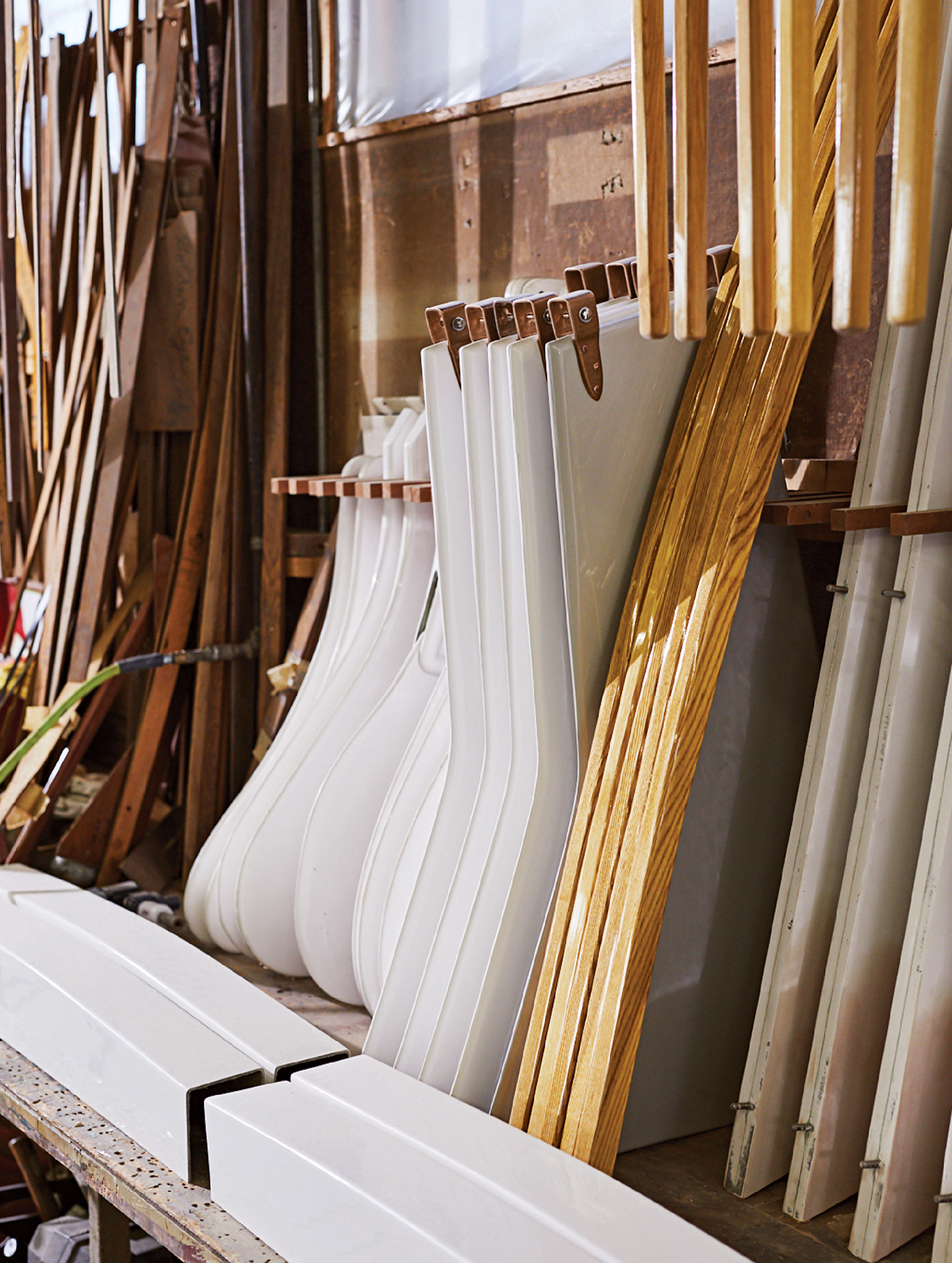 A collection of fiberglass rudders, varnished ash tillers, and fiberglass skegs in the carpentry shop. / Photograph by Pat Piasecki 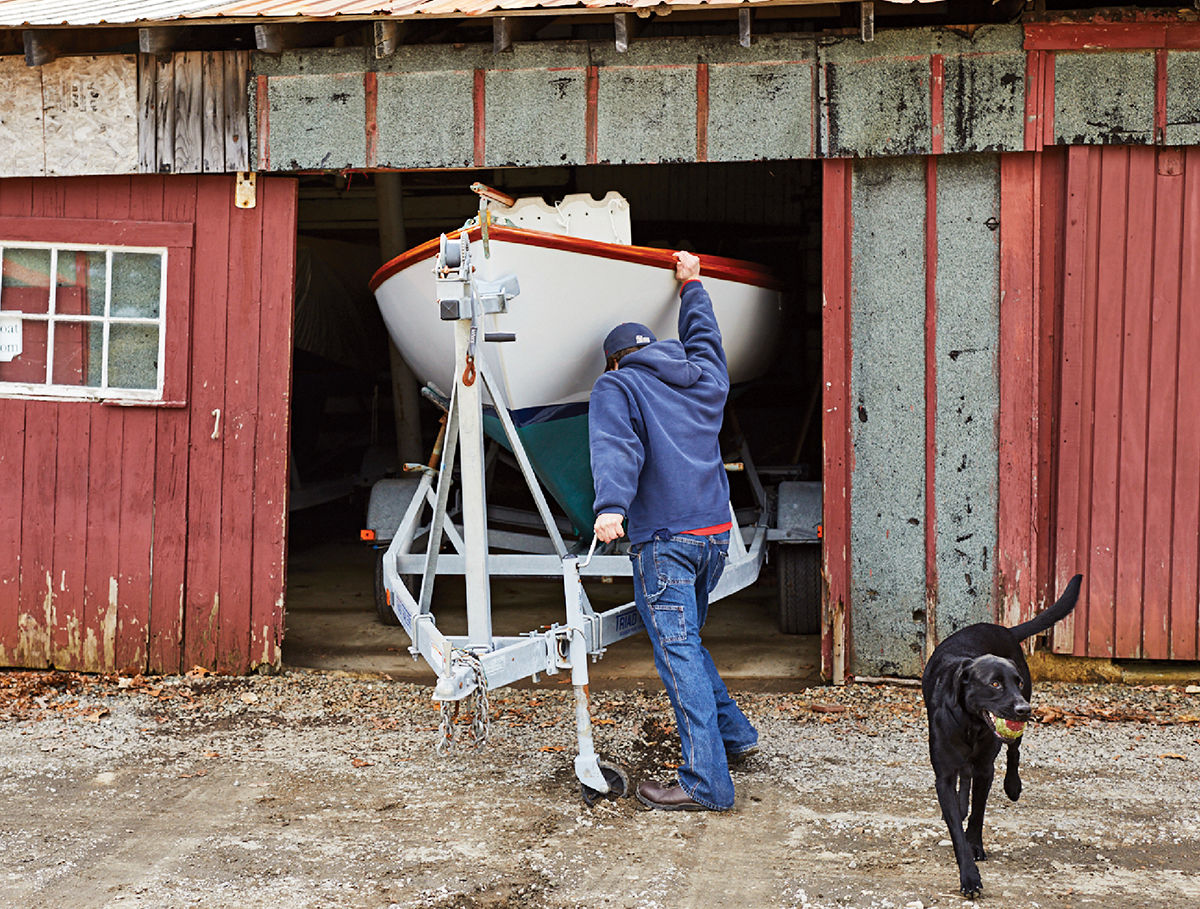 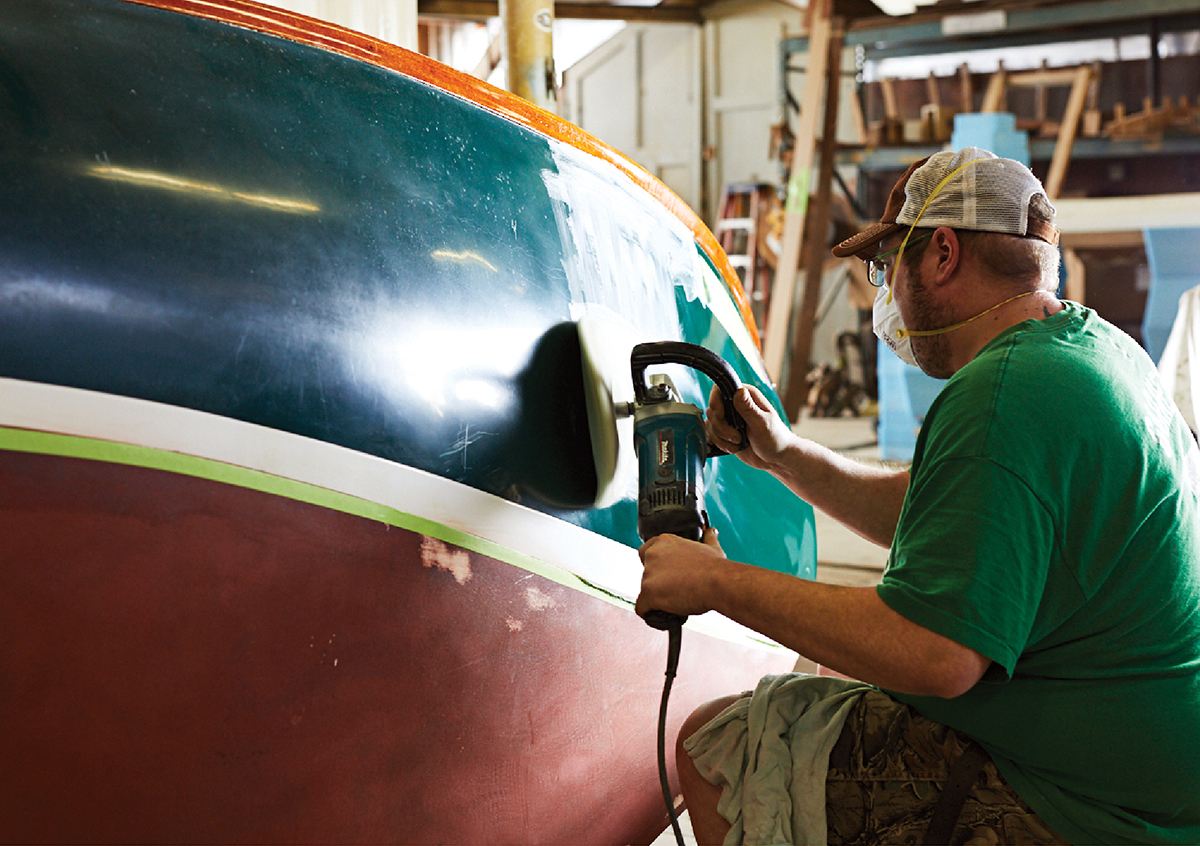 Working on the hull of a used boat, a craftsman wields a high-speed buffing machine to remove the outer gel-coat layer, which eventually oxidizes from sun exposure. / Photograph by Pat Piasecki 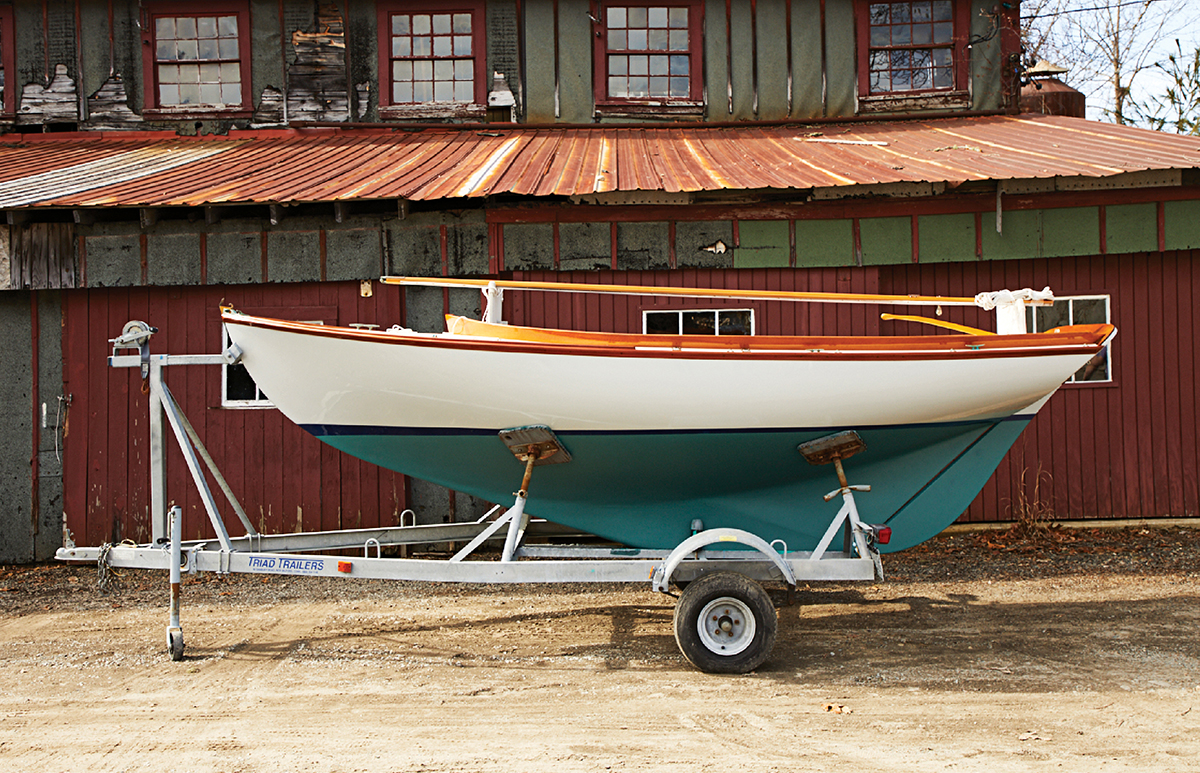 Originally manufactured in wood, the Herreshoff H-12 1/2 is one of the company’s oldest and most recognizable models. / Photograph by Pat Piasecki