That means we also have a lot of ghosts, right? 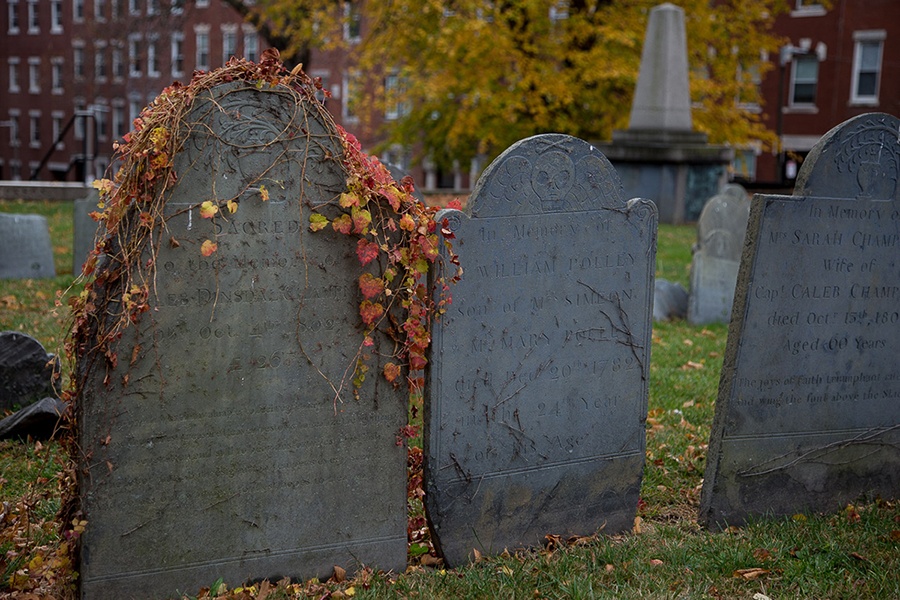 A new report from real estate site Trulia has ranked Boston and Cambridge as cities where you’re most likely to spot a ghost. Well, sort of.

In an analysis titled “Haunted Neighborhoods and Their Home Values,” Trulia identified the 10 U.S. cities with the most homes located near cemeteries, funeral homes, or mortuaries. (Read: Where ghosts roam.) Unsurprisingly, the centuries-old villages of Boston and Cambridge made the list.

“In some East Coast markets, you’ll be hard-pressed to find a home that isn’t around the corner from a cemetery, funeral home, or mortuary,” reads the report. While Philadelphia claimed the top spot by a long shot with 51 percent of homes within a half mile of a death-related institution, Boston and Cambridge clocked in at 29.4 percent and 28.8 percent, respectively.

It makes sense both Boston and Cambridge would make the list. They’re some of the oldest cities in the country, which means they have some of the oldest graveyards in the country. Take Mount Auburn Cemetery in Cambridge, for example. It started as an experimental garden cemetery, and went on to set the standards for the creation of rural cemeteries across the country. (Before leafy Mount Auburn was established in 1831, most urbanites were buried in crowded city graveyards.)

Homes near cemeteries in Boston and Cambridge aren’t too shabby, either. Just look at this mansion near Mount Auburn that hit the market in June. Complete with murals, moldings, and fireplaces, the 1896 home commanded $2,325,000. Meanwhile, this brand new townhouse for sale in the North End is right across from Copp’s Hill Burying Ground. The place is listed for $2,424,000. It appears proximity to cemeteries doesn’t hurt home values in Greater Boston.

“Residents in areas with centuries of history, like New Orleans or Philadelphia, appear to be more comfortable living in close quarters with the dead—or are at least comfortable in the fact that they may have no choice,” reads the report. “In these areas, houses within a quarter mile of undertaking establishments have higher home values than those farther away, even after controlling for home attributes like number of bedrooms and square footage.”

The takeaway? There are no deals to be found in properties near cemeteries—or not locally, anyway.

Death is all around us. Happy Halloween.