This Family Home in Cambridge Went From Cramped to Spacious 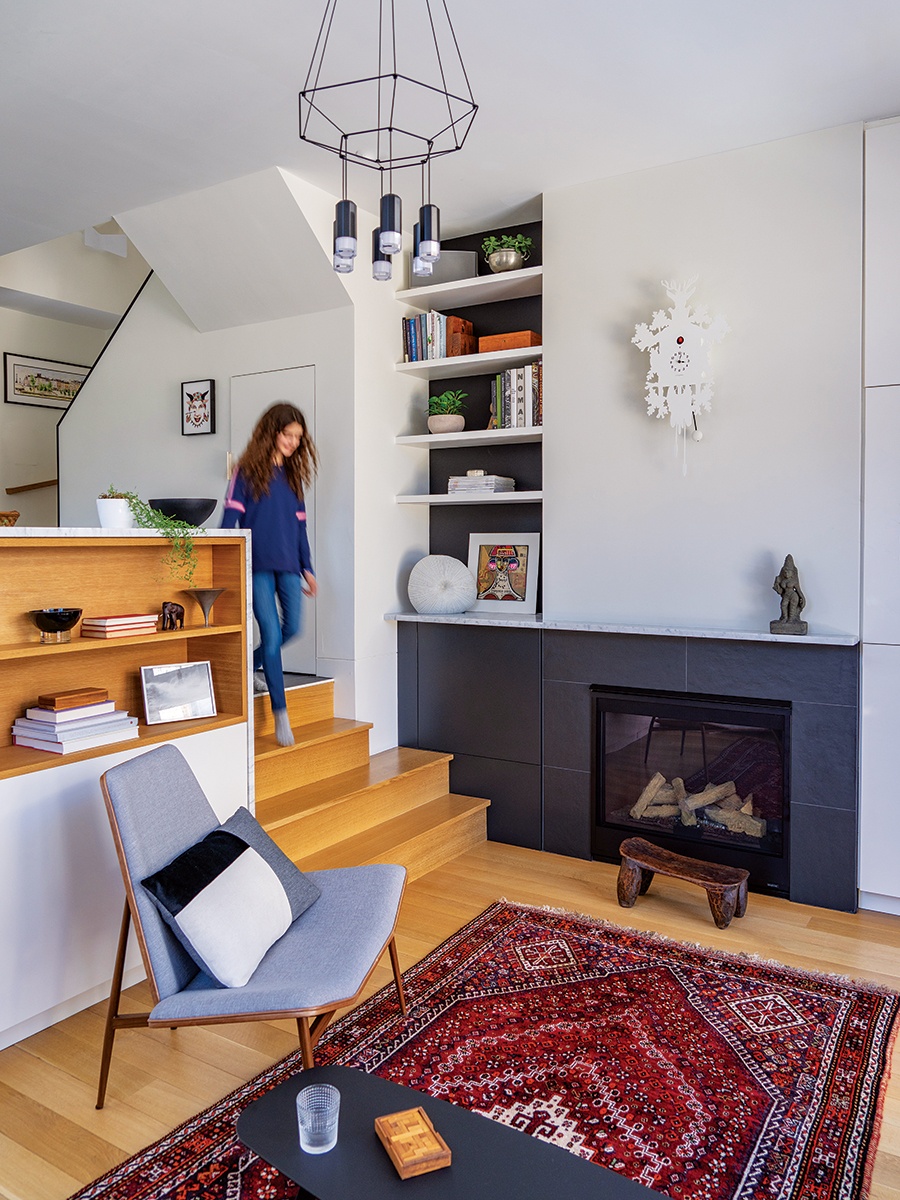 When a normally reserved academic nearly explodes with exasperation while watching you struggle to cook in your cramped kitchen, it’s time to consider a move—or at least a renovation. Such was the case for Ravit and Boaz Barak, who often entertain in their Cambridge home. “[Our friend] is very quiet and respectful, so it took us by surprise,” Ravit says. It also shocked them into action: After an unfruitful house hunt, the couple—who have two young children—called in architect Heather Weiss, of Cambridge-based firm Studiohw, for a major overhaul. Weiss gutted the first floor of their 1,400-square-foot townhouse, implemented a fresh, pared-down palette, and remedied the home’s lack of storage and elbow room. “You should see Ravit in action now. She can cook 20 dishes at once,” Boaz says. “It’s like an orchestra.” 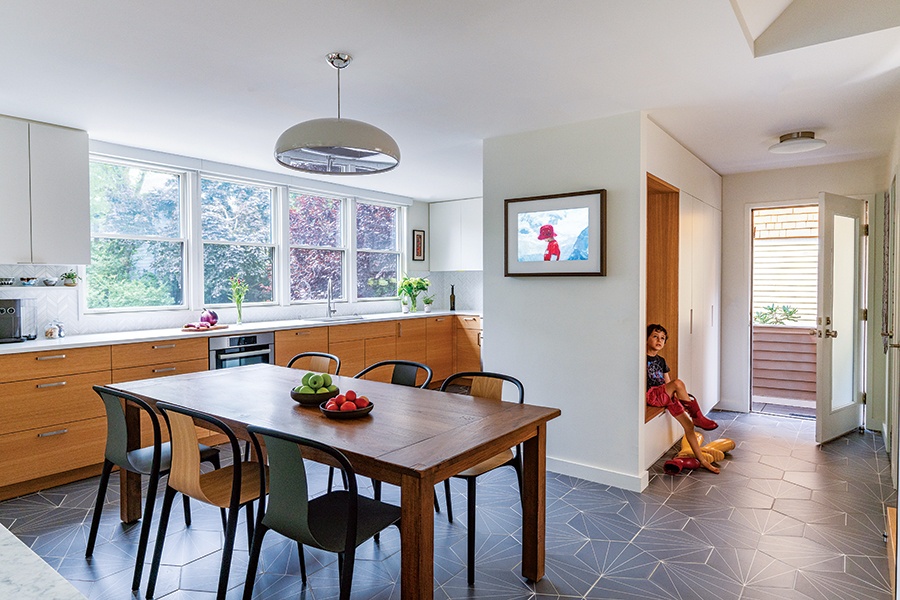 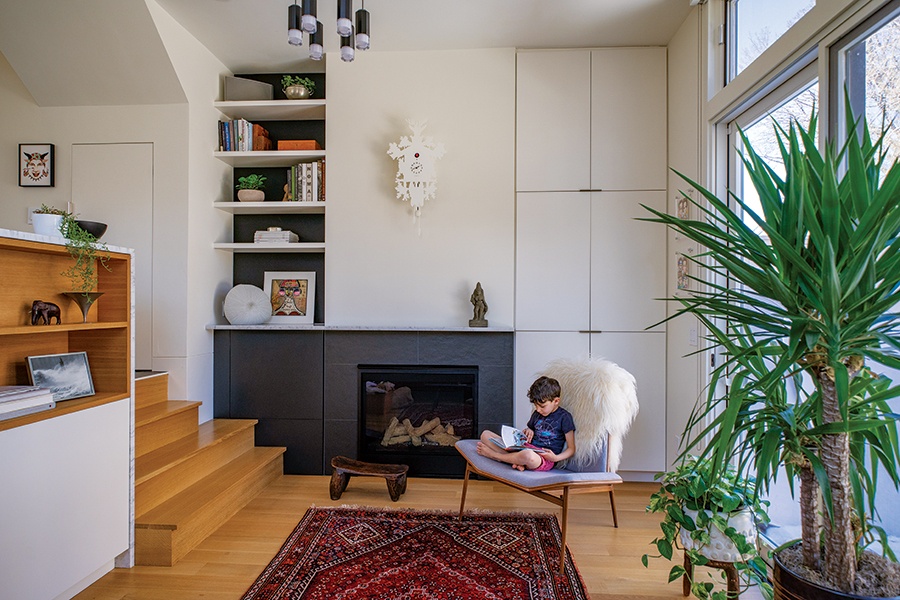 Make a Mudroom
By usurping a couple of feet from the kitchen’s original layout, Weiss transformed the abutting entry hall into a sleek mudroom with multiple storage options and a built-in bench. The new space includes three closets: two for coats, and one with shoe shelves inspired by the homeowners’ month-long stay in Japan. Drawers below the rift white-oak bench hold hats and scarves, and the top panels flip up to reveal stowaway space for off-season gear.

Divide and Conquer
Weiss created a sizeable dining area by borrowing three feet from the sunken living room—a project that required extending the upper floor and rebuilding the stairs. A Carrera marble–topped, built-in buffet with double-sided storage supplanted the chintzy half wall that originally separated the two spaces. “I had to forfeit a bigger table, but we still managed to fit 15 for Thanksgiving,” Ravit says.

Put a Hex on It
Initially, Ravit suggested colorful cement flooring for the mudroom, but once the team decided to tile the entire upper level, Weiss worried a busy, multicolored pattern would overwhelm. Instead, they opted for Stone Source’s Electra Grande, oversize glazed-porcelain hexagons with diagonal rays. In the living room, the hexagonal pendant light that Ravit purchased on a trip to Turin, Italy, continues the motif. 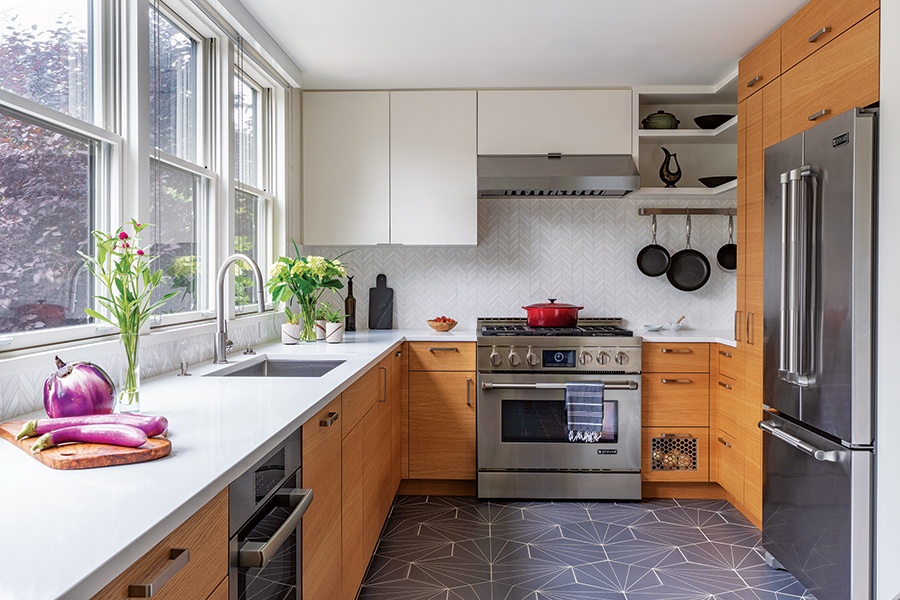 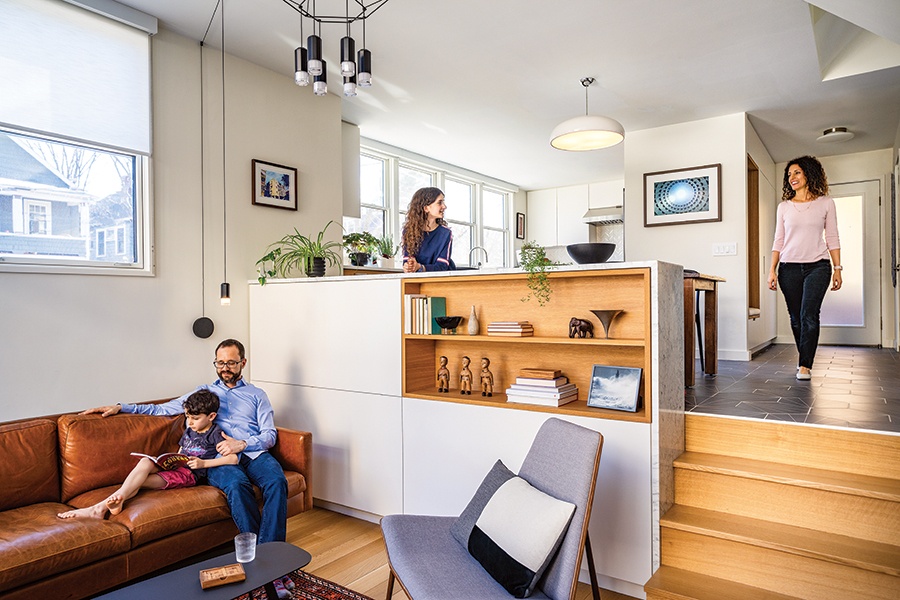 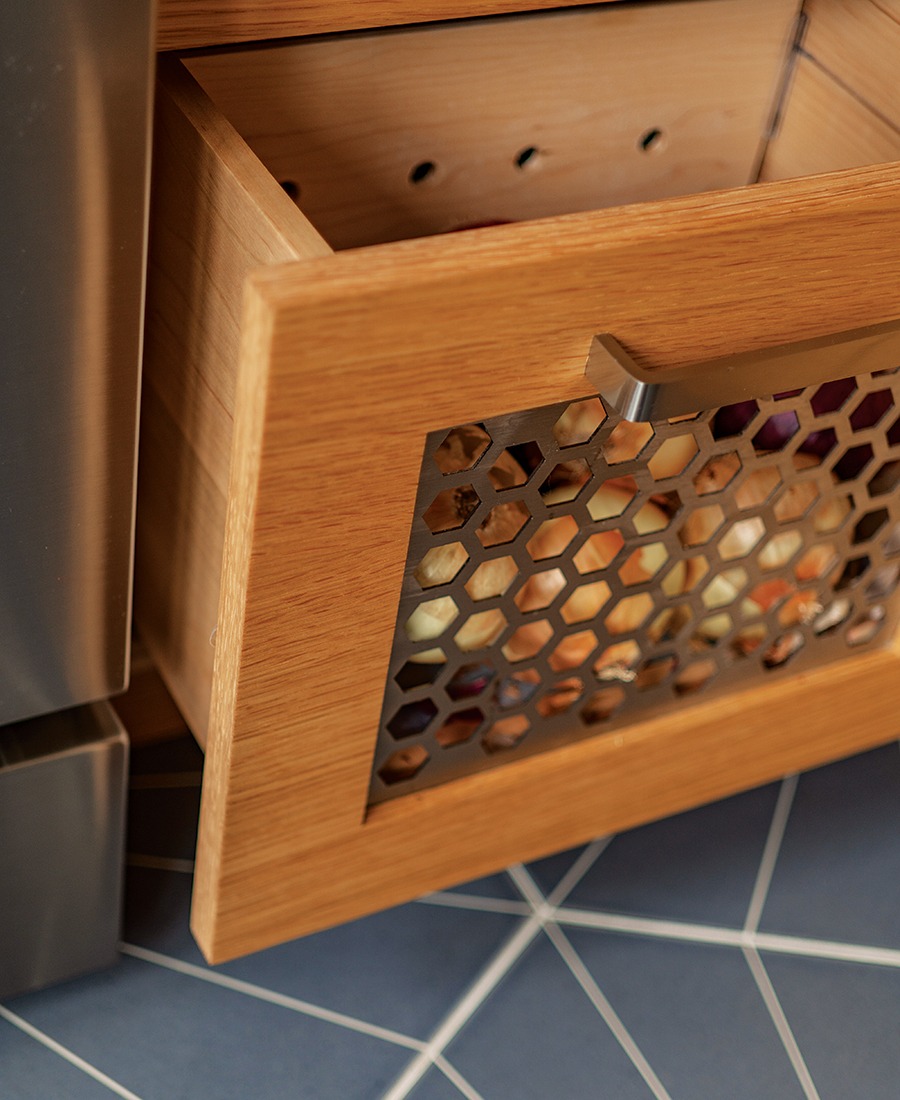 Specify Storage
The kitchen cabinetry includes all the must-haves, from onion and bread drawers to a spice closet. Drawers outfitted with power outlets in the buffet, meanwhile, serve as the family charging station. As for toys, every last one fits into a revamped closet near the living room stairs. Finally, the asymmetric arrangement of shelves and cabinets surrounding the living room’s new gas fireplace hides a bar and outdoor-entertaining accoutrements.

Rethink Counter Space
To recoup the square footage allotted to the mudroom built-ins, Weiss extended the existing kitchen counter to the exterior wall, where a series of windows floods the room with light. A new, nearly 18-foot swathe of cabinetry now runs below the windows, essentially doubling the overall counter space in the airy kitchen. “We had to raise the sills, but we had planned to replace the windows anyway,” Weiss explains. 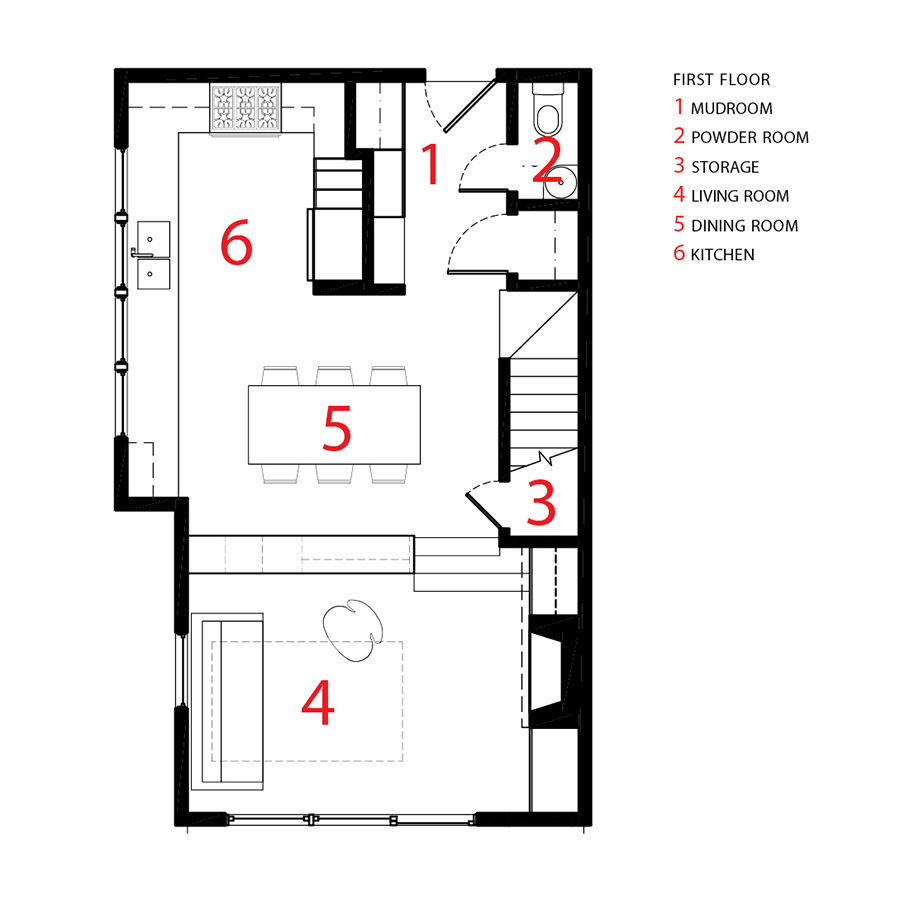