Moving in Boston? Whether your move’s big or small, cross-country or up the street, leave it to the professionals. 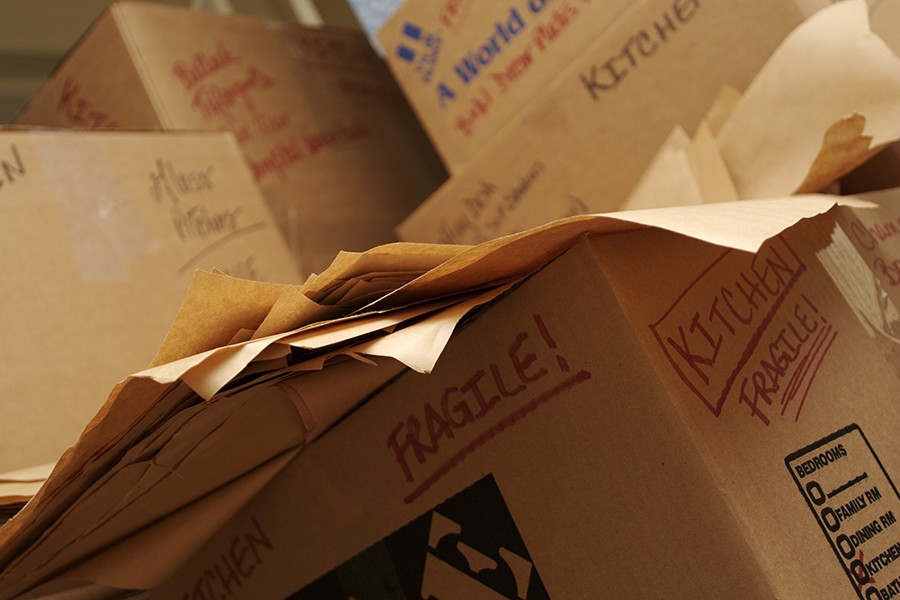 Photo by Mpopp on Flickr/Creative Commons

Moving in Boston can be especially treacherous, when scores of U-Hauls fall prey to the city’s gnarled one-way streets, or worse, the roof-shearing tunnels of Storrow Drive.

At times like these, it pays to have a professional on your side. Whether you’re moving your tiny studio, trying to hoist a piano into a second-story brownstone, or relocating a mansion’s worth of memories, there’s a mover out there for you. Here, we’ve done some of the heavy lifting for you, with a guide to some of Boston’s best moving companies.

Giant in both name and reputation, this company (which boasts three decades of experience) has racked up numerous awards for Best Movers from Boston magazine over the years, in part for their athletic abilities—the company even has an in-house gym to foster its crew members’ physiques. And Yelpers agree with our assessment. As one rave review puts it: “Simply extraordinary. Arrived early and finished a three hour job in 90 minutes. Consummate, courteous, friendly professionals. Highly recommended.” They’ve earned the “gentle” part of their moniker, too—while their service is speedy, they also get high marks for their care and finesse.

Based in Everett, but with a strong client base throughout Brookline and Boston, Fabio Moving has a devoted customer base for many reasons—affordable rates, impeccable service—but as one particularly ardent reviewer enthused: “THEY BUILD FURNITURE!!!!!” Speaking of furniture, this company also prides itself on its specialty: moving Craigslist purchases.

Among Raimond’s 200-plus overwhelmingly five-starred Yelp reviews, customers keep coming back to one thing: These guys are serious when it comes to wrapping furniture and handling your precious belongings with care.

If Your Building Has No Elevator
Precision Moving Company

Every mover in Boston has no doubt seen its share of endless flights of impossibly twisty stairs, but we think this shoutout for Somerville-based Precision Moving—who’ve racked up over 300 rave reviews on Yelp—speaks volumes: “They even carried my couch up 8 FLIGHTS OF STAIRS because it wouldn’t fit in the elevator. They disassembled and reassembled my bed and armoire. Ryan even gave me a great recommendation for a pizza place near my new apartment, and it did NOT disappoint.”

If You’ve Never Hired a Moving Company Before
Seven Moving

If this is your first time out at the moving-day rodeo, don’t get Storrowed. Call the professionals. With offices based in Allston/Brighton, where the student-heavy population is about as wet-behind-the-ears as it gets, these guys have seen it all. Judging from its plethora of top rankings, Seven Moving will accommodate even the flakiest clientele with patience and capably guide newbie movees through the entire process.

The movers at Deathwish are something of a local legend—and for good reason. They have a penchant for the adrenaline-soaked, white-knuckle-thrill-ride moves that might scare off a lesser moving company, earning them a dedicated following. (Not to mention a reality TV show.) On their site, they ask: “Got big furniture you need moved out of a small space? Need your grand piano moved out of your 3rd floor walk-up? Have an ‘impossible’ moving situation?” Those kind of jobs are Deathwish’s bread and butter.

If You Need to Move in a Hurry
Stairhopper Movers

Just had a nasty, out-of-the-blue breakup? Roomie brought home a giant boa constrictor without telling you? It’s never ideal, but life occasionally forces you to beat a hasty retreat. And when that happens, it’s comforting to know you have options outside of throwing yourself on the mercy of your friends and family. In business since 2001, this Boston-based moving company handles both local and long-distance moves—and they do not shy away from making a sudden move. One past Stairhopper client reported moving with just a week’s notice.

Lots of people seem to be mighty fond of JP-based movers Pony Express, lauding their affordable, fast, and professional services for residential and commercial moves both local and out-of-state. According to one reviewer, Pony Express did a bang-up job of moving his heavy antiques and 7,000 books into a new house, with no scratches or damage to speak of. Plus, he writes, “They were awesome on top of being incredibly hard workers. We bought pizzas for lunch and all sat around and talked about the Red Sox.”

If You Want a Move That Gives Back
Intelligent Labor & Moving

Usually, moving and charity work come together in the form of your friends taking pity on you and spending an afternoon lugging boxes for you in return for pizza, beer, and good karma. But the folks at Arlington-based company Intelligent Labor don’t just help you move (with their services earning them over 100 five-star ratings on Yelp), they also pay it forward, from providing discounts for local non-profit organizations to supporting small businesses—their Kiva page shows that they’ve funded folks from Pakistani carpenters to Samoan taxi drivers.

If You’re Moving in a Blizzard
A-Plus Moving & Storage

If there’s any worse time to move than September 1—well, there’s no such thing. But if there were, it would be during a New England snowstorm. When the weather’s foul, you need a mover that goes above and beyond. And during the same season that cripples the T and puts Boston in an icy chokehold, A-Plus just plows right on through, according to reviewers.

Why do people keep coming back to Safe Responsible Movers? For one thing, they really live up to their name, according to nearly 200 enthusiastic eyewitness accounts. And they can be an especially attractive option for people who need to cover some distance and don’t want to worry about travel time increasing the cost—SRM offers a fixed travel fee. Yelpers report smooth moves in the metro area and beyond.

If You’re Moving Cross-Country
The Other Guys Moving Company

We gave The Other Guys a Best of Boston Home award for their superior moving, storage, and packing services. But they don’t just go the extra mile with their Massachusetts moves: They’ve proven themselves to be a go-to company for out-of-state and even cross-country relocations, with a high percentage of their five-star reviews describing moves between Boston and such far-flung locales as Brooklyn, Bloomington, and Philadelphia.

For a minimalist move (studio dwellers, take note), the top-rated crew at Small Haul has got your back. From a second hand futon, to a 600-pound safe, to a one-bedroom walk-up, they’ll put together the right crew for you. In addition to moving day, they’re also the car-free urbanite’s secret weapon: Are the tricky logistics of lugging furniture back to your apartment the only thing keeping you from snapping up that amazing vintage credenza you saw on Craigslist? Better call Small Haul. Under new ownership in recent years, they offer expanded services such as short or long-term storage, and furniture rearrangement for getting the feng shui in your home just right.