So You Want to Live in Beacon Hill 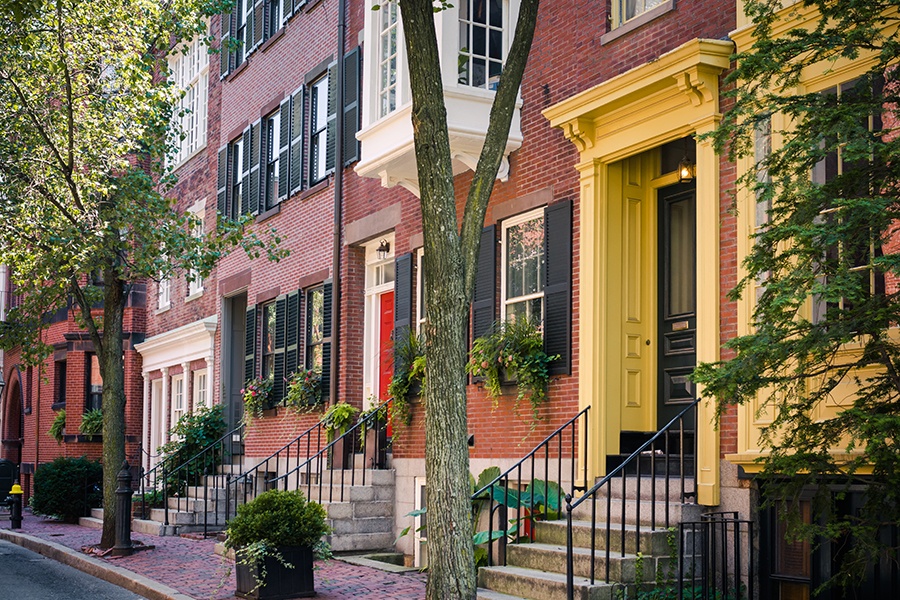 One of Boston’s oldest neighborhoods also happens to be one of its most expensive. Welcome to Beacon Hill.

As the home of plenty of past and present Brahmins, the Hill is as stately as they come. The place brims with bricks, cobblestones, and an air of dignity, and features some of the finest examples of Federal and Greek Revival architecture in the city.

While it’s a popular Sunday hangout for people across Boston, Beacon Hill is a familiar sight to folks around the country, too. That’s thanks to dearly beloved Acorn Street. The iconic alleyway holds the title for one of the most-photographed streets in the United States—its image graces countless postcards, paintings, magnets, and so, so many Instagrams.

Though today the neighborhood is known for the charming antique shops lining Charles Street, it played an important role in the development of Boston. Beacon Hill was originally dubbed “trimount,” (hence the name of nearby Tremont Street) due to the three peaks that defined the area. In the years after the construction of the State House in 1795, those hills were leveled off to fill in parts of the Charles River. Some of the city’s earliest real estate developers sought to establish a prestigious residential district atop the newly flattened hill, and funded the construction of the neighborhood’s first mansions.

Today, Beacon Hill remains the upscale neighborhood it was born as, and its real estate listings have the dollar signs to prove it. 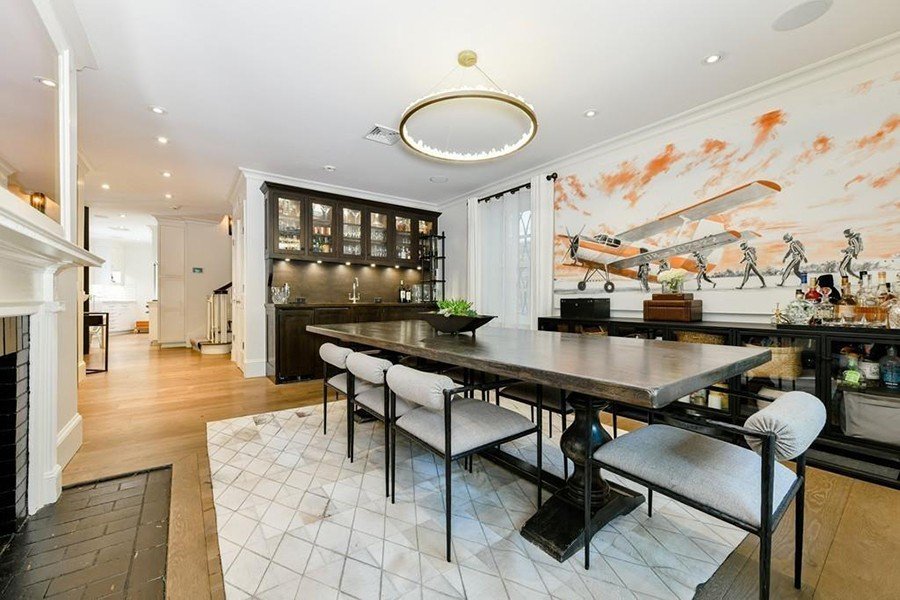 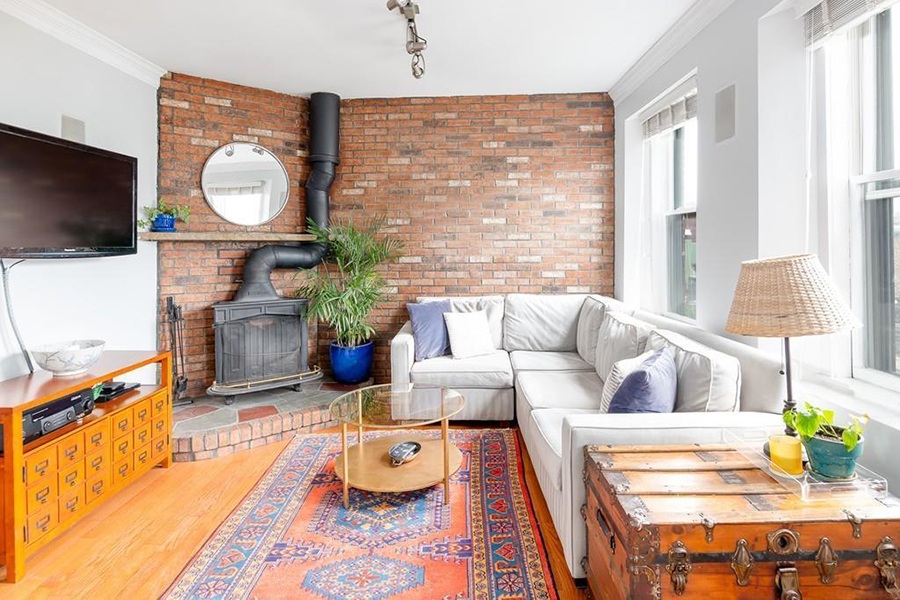 The Charles MGH and Park Street stops on the Red Line

The Park Street stop on the Green Line

The Bowdoin stop on the Blue Line

Beacon Hill is one of the only neighborhoods in Boston where you can walk to every major T line within minutes. Its desirable location sells itself. Even without the T, working professionals have the luxury of walking downtown to work in the Financial District or to one of the neighboring prestigious hospitals such as MGH or Mass. Eye and Ear. Plus, there are three Starbucks and four Dunkin’ Donuts to pop into on the way to work.

Many think that Beacon Hill apartments are only available on the September 1st due to the student school cycle, but this is no longer true. Many students have moved off of Beacon Hill because their colleges have built beautiful new dorms, much like the city’s new full-service buildings. Almost all Beacon Hill apartments are on a June, July, or September lease start date. Most of the apartments on a September lease start date rent as early as six months in advance. If you search early enough, you will be able to find studio or one-bedroom apartments for $1,500 a month, including heat and hot water.

On the other hand, the Beacon Hill sales market is very competitive. Many units are sold without any contingencies, such as without inspection and/or without a mortgage. There is very little supply to meet the high demand. Over the past three months, a little less than 10 Beacon Hill condominiums sold at prices exceeding $1,000 per square foot. Cobblestone streets, brick sidewalks, gas lanterns, and stunning historic brownstones drive the demand along with the neighborhood’s prime location in the city. 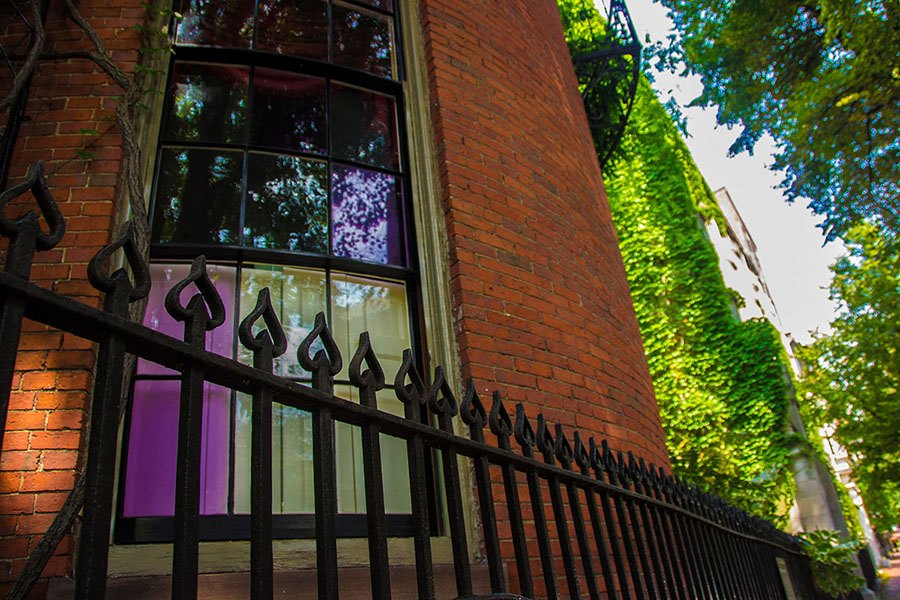 Photo by Kevin on Flickr/Creative Commons

There’s no better place in the city to go for a leisurely stroll than Beacon Hill. Its bricks and cobblestones are ever-charming, but walks on the hill also offer the added bonus of a history lesson. The neighborhood is the site of the African Meeting House, built in 1806. Once a gathering place for the city’s free black community, it’s now the oldest black church still standing in the country. Today, the building is home to the Museum of African American History, which hosts guided walking tours along Beacon Hill’s Black Heritage Trail.

Oh, and the next time you’re passing through, keep your eyes peeled for the neighborhood’s famed purple windows. Then, impress your friends with a bit of trivia: The windows were never meant to be purple. The lavender hue is actually because of a chemistry-fueled accident. When the glass for the windows was imported from Europe in the mid-1800s, it was crystal clear. But after the windows were installed, their exposure to sunlight resulted in a purple tint. The phenomenon was later found to be due to excess manganese oxide in the glass, much to the building owners’ dismay. Though Hill dwellers were pretty upset at first, the purple windows eventually became a status symbol.

Home VALUES by Zillow and rent prices by RentCafe. Icons via GETTY IMAGES.