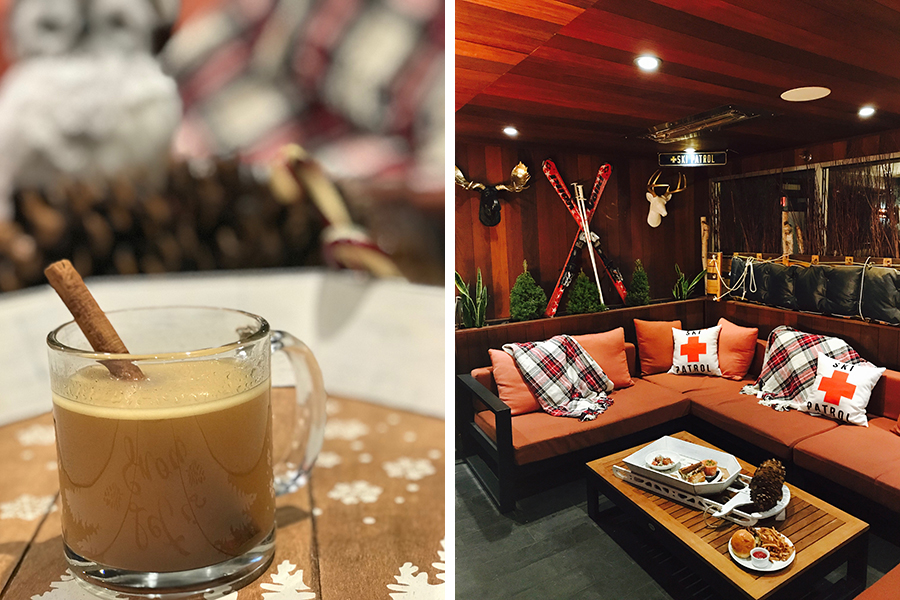 The Lodge at Publico. / Photos provided

Whether or not you actually did any skiing in this week’s snow, warm up like you did at the Lodge at Publico. The South Boston hotspot debuts a retro and whimsical lodge-style lounge in its year-round atrium garden this weekend. The retractable roof will be solidly shut, with fire pits roaring and alcoves cozy with oversized flannel blankets and plush pillows. Details like faux mounted animal heads and vintage winter sports gear will keep the Alpine vibes going—guests are encouraged, but not required, to dress like they’ve been on the slopes. Executive chef Keenan Langlois has created a lodge-inspired menu with snacks like grilled Vermont “shredder” and cheese soup; White Mountain pizza with a Parmesan cream sauce and broccoli rabe; and Triple Diamond Slope sliders. Co-owner and beverage director Teodora Bakardzhieva has hot cocktails at the ready, as well as non-alcoholic, “bunny slope” cocoa. The Lodge at Publico is open every weekend through March. Reservations are recommended. 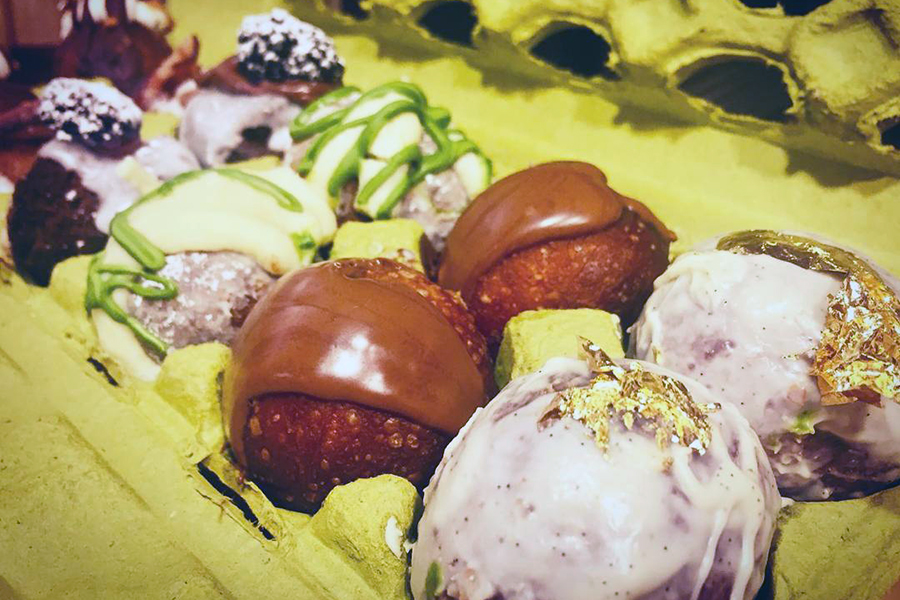 Meet the newest Massholes in town. Peter Gladstone and Alex Mansfield are behind a brand-new pop-up that pays loving homage the Bay State with creative, gourmet doughnut holes. Gladstone, formerly head of advertising with Boston Beer Co. (Sam Adams), had the idea for Mass Hole Donuts while waiting in line for fancy doughnuts. So many flavors appealed that he ended up buying a whole box—and then kind of regretting that choice. “I thought, wouldn’t it be great if it was a doughnut hole only?” he says. And then he thought of the perfect name. “I’d make it a tribute to Boston and Mass.” But to make Mass Hole Donuts not gimmicky, he needed a partner. Mansfield, who works at Dorchester’s lovely Home.Stead Bakery by day, is the brains behind brioche balls like Beantown, vanilla bean-glazed with a golden crème brûlée crisp to symbolize the State House; and the Green Monster, lime curd-filled with green tea-infused white chocolate. He’s bringing six flavors to Arlington’s the Local Fare for this weekend’s pop-up. They are three for $5, six for $9, or $16 by the dozen. Keep track of future Mass Hole Donuts events on Instagram. 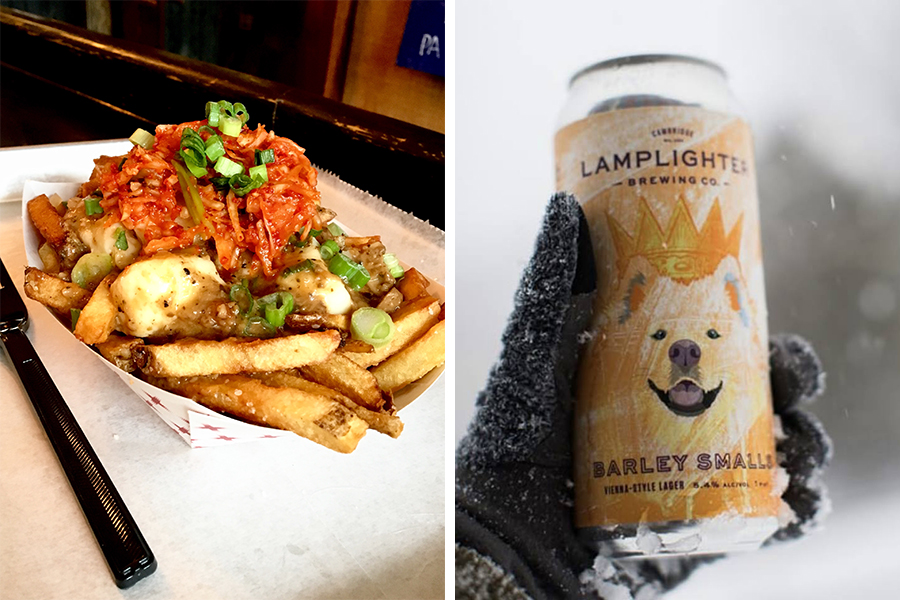 Saus Poutine + Barley Smalls (the Beer, not the Dog)

To get ready to open their frites shop at Bow Market later this year, the team behind Faneuil Hall’s Saus is popping up at Lamplighter Brewing Co. again with twice-fried Idaho russets, gravy (including a vegetarian option), and “lots of fun toppings to go along with.” Plus, Lamplighter just debuted the new Barley Smalls Vienna Lager, named after the beloved brewery dog of the Cambridge beermakers. The beer will be on draft for a few weeks, and it made it into cans (look at those adorable cans!!)—and Lamplighter will donate 5 percent of all on-site sales of Barley Smalls Vienna Lager to the Animal Rescue League of Boston.

The very first time Gabriel Bremer visited his now-wife, Analia Verolo’s homeland of Uruguay, her grandmother taught him to make this common, cold dish of marinated, poached beef tongue. “I think she intended to scare me with it, and I swear I think I ate the whole tray. From that point on, I was part of the family,” Bremer previously told Boston. The couple, formerly the proprietors of the late Salts in Cambridge, just debuted an Uruguayan wine bar, La Bodega, in Watertown. It’s still in soft-opening mode, so stay tuned on Facebook for this weekend’s hours. 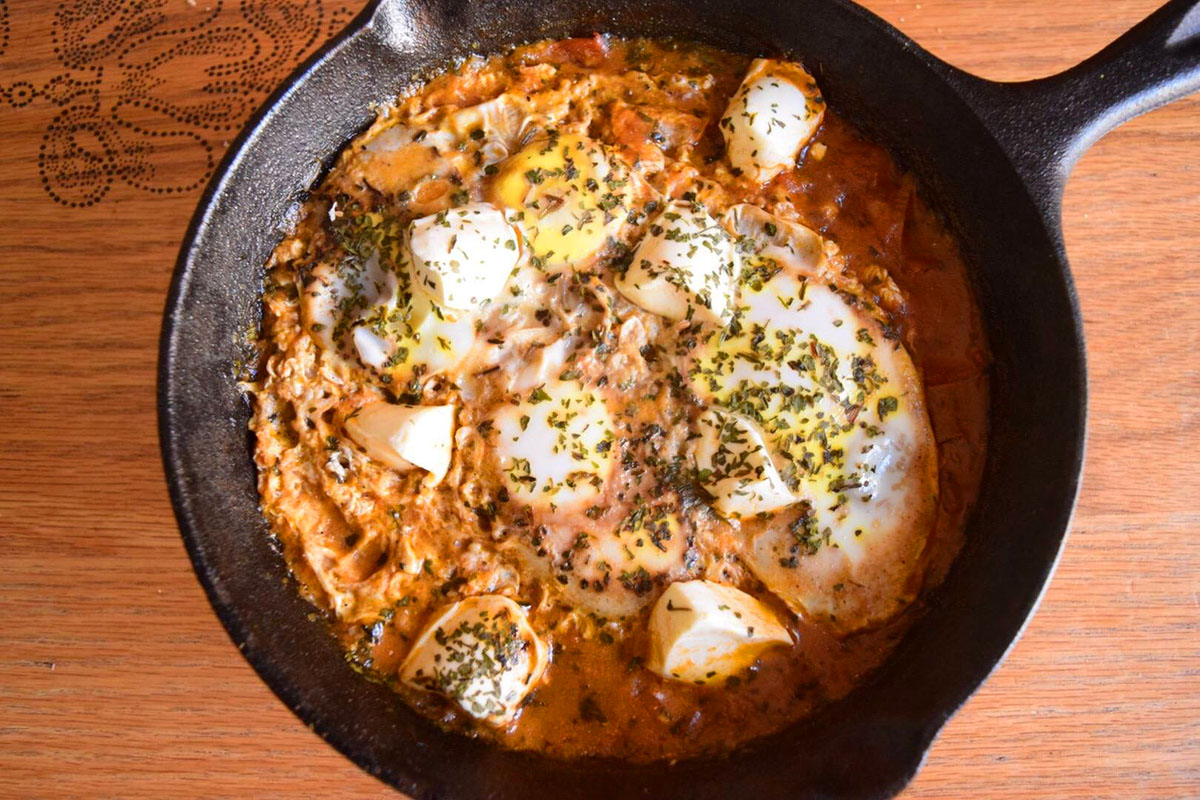 2018 begins with a few notable new brunches. Highland Fried quietly started brunch on New Year’s Day, and it’s on every Sunday going forward. It combines some flavors of Highland Kitchen, some of East Coast Grill (pour one out), and the fried chicken-and-tiki bar themes that unite the two. Dishes include a Malaysian-style tropical fruit salad; migas, a crunchy, cheesy, Tex-Mex scramble with garlic, poblano, and corn tortilla strips; and more. In the Back Bay, Earls at the Pru launches “brunch happy hour” with $5 mimosas, and $8 dishes like a souped-up avocado toast with poached eggs; golden waffles with cheesecake mousse and seasonal fruit; and chorizo and mushroom hash. And finally, in Dorchester, the Chubby Chickpea chef Avi Shemtov will pop up with his popular shakshuka every Sunday this month. The rich, spiced stew of tomatoes and poached eggs is the centerpiece of a forthcoming Chubby Chickpea brunch menu, and this Dorchester Brewing Co. Sunday series is a preview of that.