Tatte Bakery Will Open a Seaport Location at Pier 4

The brunch spot will anchor a new office building there, next to a forthcoming farm-to-table restaurant and a condo property. 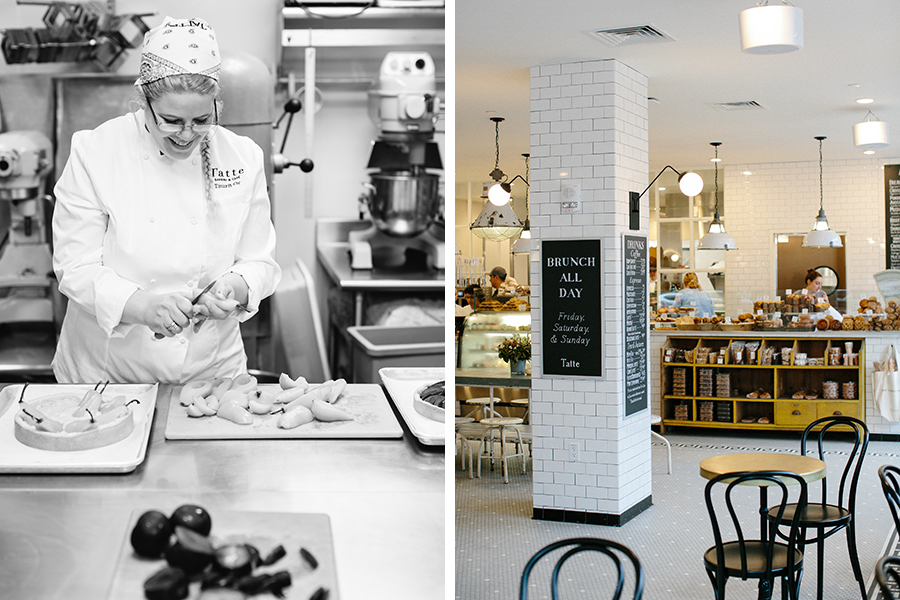 Tatte founder Tzurit Or / a location of Tatte Bakery and Café. / Photos provided by Tishman Speyer

UPDATE, Wednesday, Sept. 5: Tatte opens today in the Seaport, on the heels of location No. 9 debuting last week on the Northeastern University campus.

Tatte Bakery & Café just debuted its eighth location near the Public Garden in Back Bay, but the growing local favorite is certainly not done. The developer of the Seaport’s Pier 4 announced today that the beloved brunch spot is headed for the new, 13-story office building there.

“PIER 4’s unbeatable location was a natural fit for us, and we look forward to opening our Seaport location in what will be a slice of green heaven on the water in the Seaport,” Tatte founder Tzurit Or said in a press release. “I’ve watched the Seaport and Fort Point neighborhoods evolve into one of Boston’s most visited culinary destinations, and the Tatte team is thrilled to share a home base with some of the area’s top chefs.”

Or began Tatte as a farmers’ market bakery business in 2007, and landed her first brick-and-mortar a year later in Brookline. In February 2016, she announced Panera Bread took a majority stake in the company to help it grow, while maintaining ownership of the brand she created. The move has proven successful thus far: Since the acquisition, Tatte has opened a two-story café in Harvard Square (in the former Panera, no less), and outposts in burgeoning Fenway and Back Bay neighborhoods.

Pier 4 is on track to be completed in late 2018, promising picturesque views of the harbor and the adjacent Institute of Contemporary Art, as well as a one-acre park, an extension of the Harbor Walk, and sea steps. No timeline is given for the Seaport Tatte specifically; Canty’s restaurant has a projected 2019 opening. 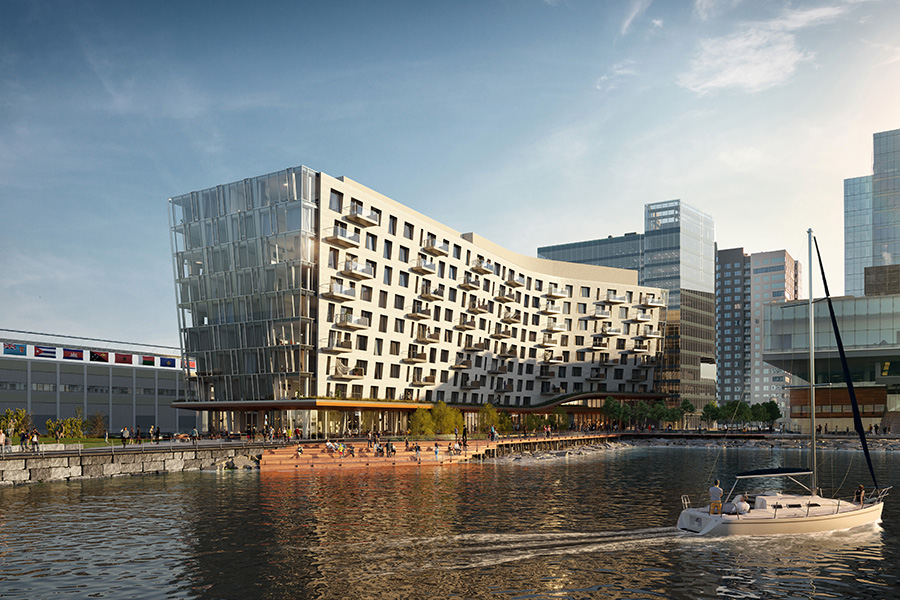