Cambridge Café Relaunches Dinner Service as the Kitchen at NOCA 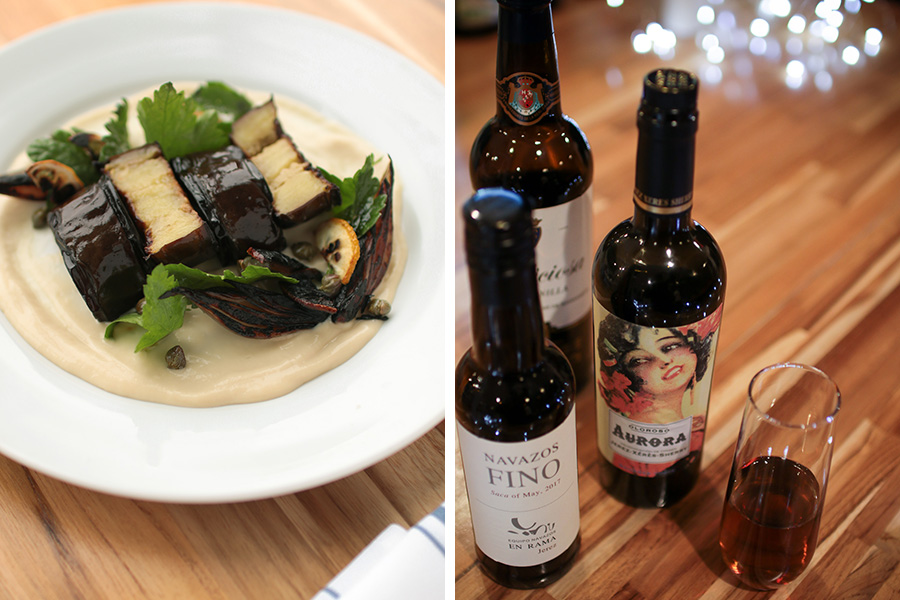 Eggplant a la plancha and sherry at the Kitchen at NOCA. / Photos by Stephanie Cornell

Even if you checked out the dinner service that started last fall at Season to Taste Catering’s NOCA Provisions, it’s almost time to revisit. The café debuts the “Kitchen at NOCA” next week, with a new chef, small plates menu, and for the first time, beer, wine, and sherry by the glass.

Chris McMullan is behind the new, Catalonia-inspired menu. The former chef de cuisine at Craigie on Main spent time traveling and working in Spain, in Seattle, and in world-class kitchens like Bouley in New York City and the Roca brothers’ El Celler de Can Roca in Girona, Catalonia.

“[Catalan food] doesn’t look very technique-driven, but it’s extremely technique driven. It’s often one thing, with salt on it, cooked perfectly,” McMullan says. “That kind of mentality makes it affordable for people in the neighborhood to come in and eat, but at the same time, makes it adventurous for people who have travelled to eat there.”

The new dinner menu will have about 14 dishes on a menu that changes regularly, with a $45 chef’s selection option.

McMullan was sous chef under Carl Dooley at Craigie on Main, and then took over when Dooley left to film Top Chef. Dooley is at the helm of Season to Taste’s stellar, nearby restaurant, the Table.

McMullan actually started at NOCA in the fall, making coffee. The café took a dinner service hiatus around the holidays, until they had a beer and wine license in hand, says owner Robert Harris.

“I was excited about bringing his talent into a new venture and allow him to show off his Spanish influence,” Harris says.

To complement McMullan’s Spanish fare, the Table general manager (and fellow Craigie alum) Evan Kaps has curated NOCA’s first-ever alcohol program. Spanish and New World wines, like Bierzo Blanco Brezo, a young, white wine from Bodega Mingoba; and crowd-pleasing Folk Machine Central Coast pinot noir are available by the glass. There are a handful of bottled beer and cider selections, and some aperitifs, and the main focus is a dry Spanish sherry program.

The Kitchen at NOCA opens Tuesday, Feb. 20, and serves every Tuesday-Saturday going forward from 5-9:30 p.m. NOCA Provisions is open daily at 7 a.m. (8 a.m. on weekends), with espresso, eggs, toasts, warm bowls, sandwiches, and more for breakfast and lunch. 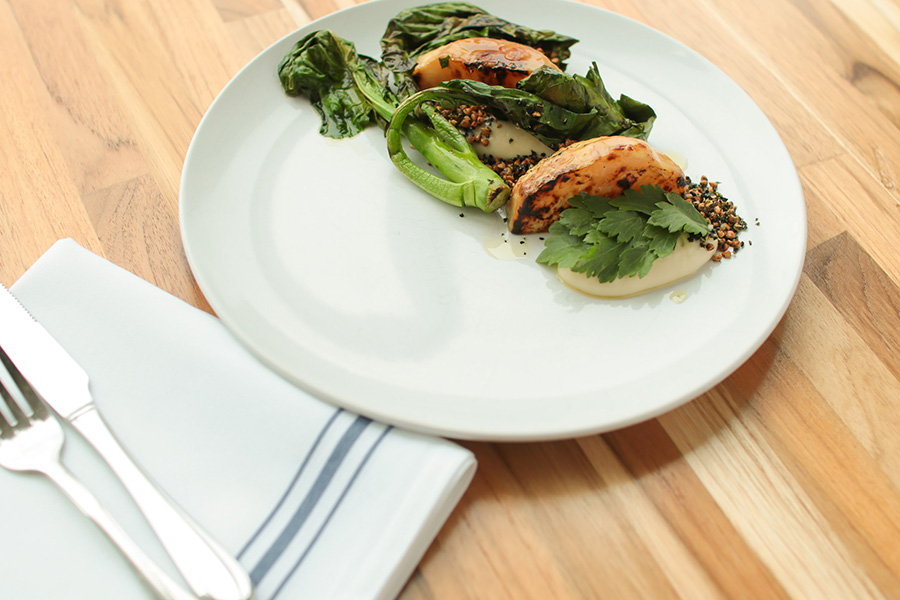 Celery root and roasted brassicas at the Kitchen at NOCA. / Photos by Stephanie Cornell 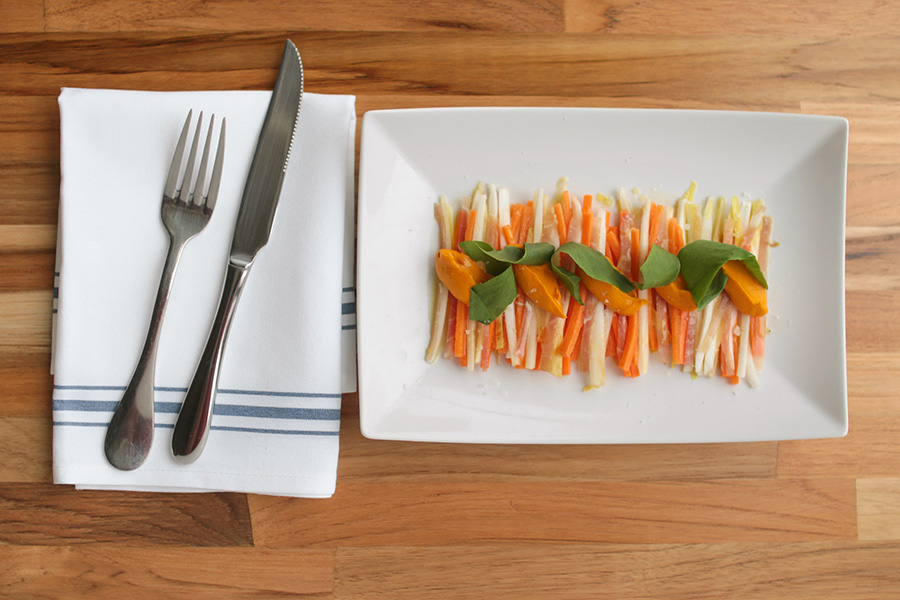 Chopped salad at the Kitchen at NOCA. / Photos by Stephanie Cornell