Pasta, Cannoli, and a Spritz in the Sunshine

Eataly Boston’s summertime block party series returns tonight, and once a month through September. Some of the Italian emporium’s pasta dishes, grilled meats and vegetables, gelato, freshly filled cannoli, beer, wine, and spritzes are available for purchase on the outdoor plaza in front of the Boylston Street entrance, along with pop-ups by the Boston Public Market and other local vendors, cooking demos, bocce, live music, Italian language lessons, and more. Admission is free, and food and drink tickets are available for advance purchase, or at the door. The block party returns Thursdays, July 12, August 16, and September 13. 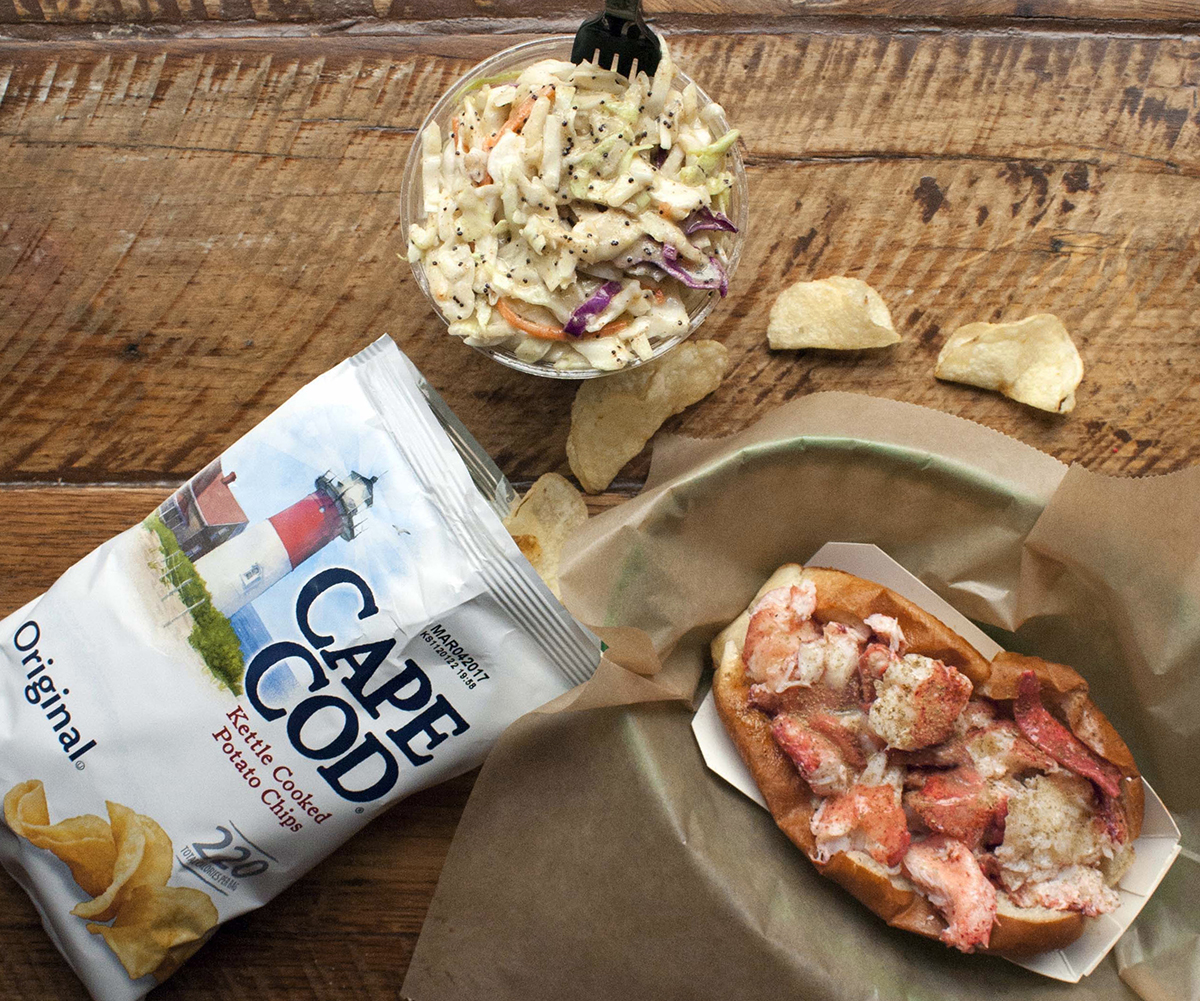 Consider the lobster on June 15, the unofficial though commonly celebrated “National Lobster Day.” Luke’s Lobster points out, however, that Congress actually passed a resolution (!) declaring September 25 the true day for the sweet crustacean. The New York City-born company, founded by one-time Maine lobsterman Luke Holden, knows where its seafood comes from, though, and in June, lobster is typically sourced from Canada. But not one to pass up a shellfish party, the seafood chain (with three locations in Boston) will give the first 450 guests who show up clad in a Canadian tuxedo a complimentary (Canadian) lobster roll on Friday, June 15. “We’re excited to turn the Internet’s ‘alternative facts’ into an opportunity to better know your seafood… all while eating the world’s best lobster roll in some damn fine denim,” reads the best press release we’ve received for this made-up holiday. If you miss these freebies but still crave lobster this weekend, chip away at trying all 15 of Boston’s must-order lobster dishes. 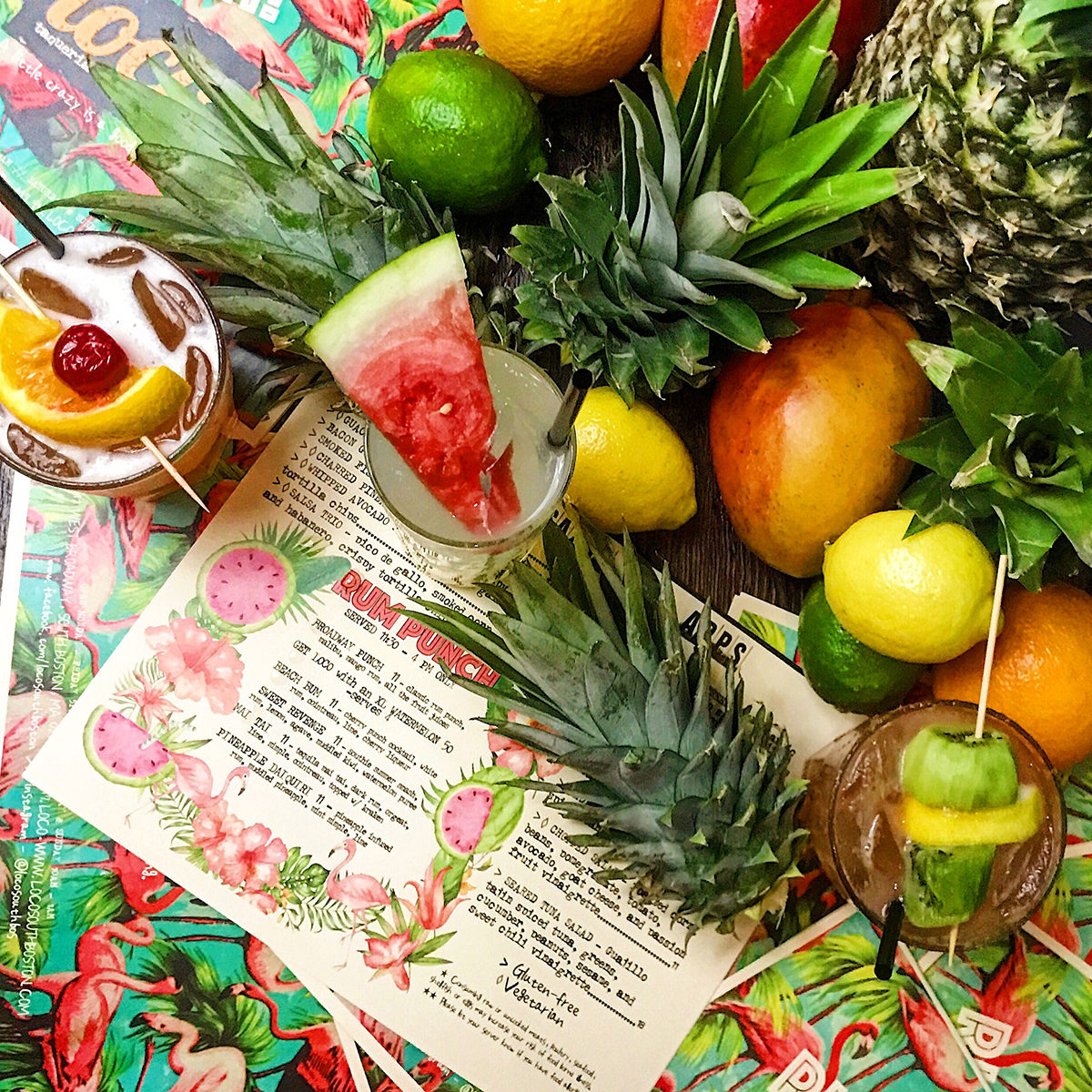 A Long and Leisurely Lunch

Are you one of the lucky Bostonians blessed with #summerFridays? Take advantage of an afternoon off with a long (liquid?) lunch. Loco Taqueria & Oyster Bar kicked off this summer’s Rum Punch Lunch series on June 1, with boozy specials from beverage maven Kaitlyn Fischer, such as the Sweet Revenge with rum, lemon, agave, muddled kiwi, and watermelon puree. Sip by yourself for $11 per drink, or share a hollowed-out watermelon full of booze with three of your most fun friends for $50. Baja fish tacos with pickled cabbage and spicy pineapple aioli, a chopped salad with roasted corn, pomegranate, avocado, and passion fruit vinaigrette, and more warm-weather favorites complete the feast every Friday from 11:30 a.m.-4 p.m. this summer. In Harvard Square, Parsnip also has a fresh Friday lunch option starting this week: Sister restaurant Night Market chef Jason Tom will take over the outdoor patio with a pig roast. The roast pork comes with a choice of sauce, plus slaw, street corn with sambal aioli, grilled coconut and Thai chili cornbread, and more Asian-inspired sides, plus a drink from fellow Parsnip patio pop-up Abide, for $20. Or, mix-and-match with a la carte prices. The Lechon Lunch, as they’re calling it, runs every Friday from 11 a.m.-3 p.m. (or until the pork runs out) June 15 through Labor Day.

While his own father’s restaurant, Strip-T’s, is winding down 30-plus years in Watertown, chef Tim Maslow is nurturing a new restaurant in the former Tremont 647 space called Whaling in Oklahoma. The Boston Herald has the early details on the forthcoming concept: “Respectful reinterpretations” of the cuisine from Japan’s central region; a serene dining room and Hokkaido hunting lodge-style lounge; and all-star staff including chef Matthew Hummel (Brassica Kitchen, Tiger Mama, Ribelle), and beverage director Colin Mason, another Ribelle vet. The younger Maslow is sharing the first taste of Whaling in Oklahoma on Father’s Day, with a one-night-only preview at Asta. In collaboration with chef Alex Crabb, the a la carte menu will feature about 12 different takes on Japanese small plates, including dueling mayo salads from each chef. Reservations are available by phone or online, and walk-ins will be accepted until the food runs out. If your dad is like my own, he likes spending time with his kids and enjoying a few local brews. If that sounds like your pops, there are plenty of ways to show him a good time this Father’s Day weekend. Take Dad on a brewery road trip to the South Shore’s Barrel House Z, which is celebrating its second anniversary on Saturday. If Dad’s a Keytar Bear fan, make sure he gets a can of Trillium’s latest double IPA. If he’s a soccer fan, head to one of these spots to watch the World Cup, or set up in front of his at-home entertainment center (all dads have one of those, right?) with some cans of Supporter Scarf, a new release from Springdale Barrel Room—it hits the Framingham taproom on Friday. On Father’s Day proper, treat dad to beerunch at Longfellows and Lamplighter Brewing Co., which has extra-large bacon, egg, and cheese sandos starting at 8:30 a.m. Later on, head to Night Shift for putt-putt and a haircut: The brewery is hosting Rocco’s Barber Shop for complimentary haircuts and shaves, a putting green and an outdoor bar on the patio, and food pop-ups by Brato Brewhouse and Speakeasy Donuts. Cheers to all the dads out there!