Shōjō Will Open a Second Location at Logan Airport

Brian Moy's first restaurant outside of Chinatown is part of an effort to bring local flavor to Boston's travel hub. 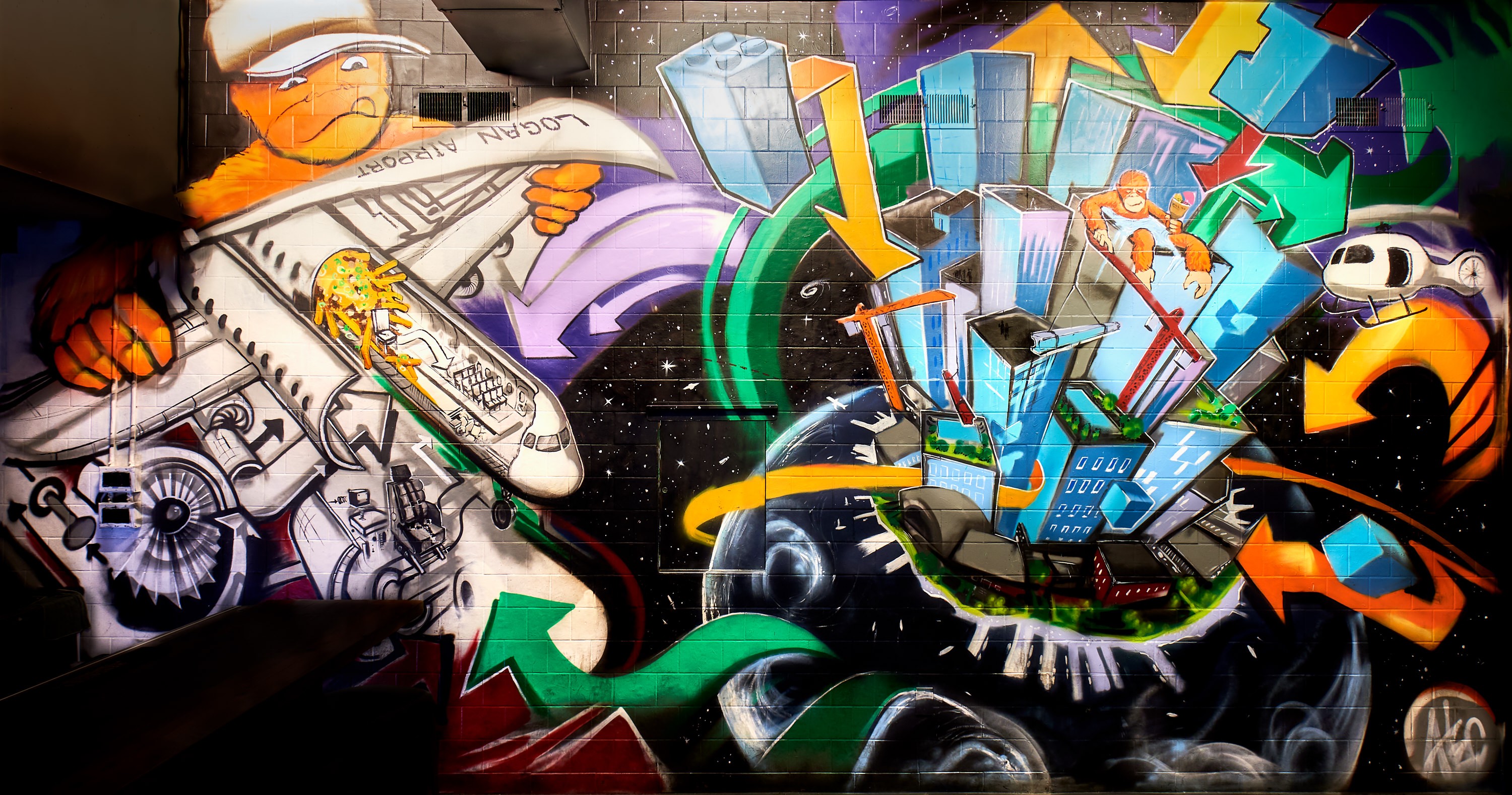 The 2018 mural by artist Alec Strickland at Shojo in Chinatown depicts Boston’s rapid growth and the brand’s airport expansion. / Photo by Danh Nguyen

The sting of a delayed flight out of Logan Airport can soon be quelled by a biting, chili-laced cocktail. Shōjō will open a second location in January at Terminal C, bringing a version of its Chinatown menu to the JetBlue hub—including the Kamehameha highball, with Fire Puncher vodka and coconut milk. And that’s not all: A third Shōjō location is also in the cards, says owner Brian Moy.

The Logan location will be Moy’s fourth current restaurant, and his first outside his home neighborhood of Chinatown. Shōjō is part of a development project called MarketPlace Logan, which is bringing more than a dozen Boston brands to the airport over the next several months, including a small version of the Boston Public Market, fast-casual favorites like Kelly’s Roast Beef and Saloniki, and second locations of chef Michael Schlow’s Tico, and Jody Adams’s Trade.

Executive chef Mike Stark, who oversees the menu at all three Chinatown restaurants, has been tweaking the Shōjō menu for the better part of a year to create a version for the smaller kitchen in East Boston. It will have classics like the mapo tofu-loaded Shadowless duckfat fries, pork belly bao, and the Shojonator burger, plus some new menu items. A cooler inside the space will also offer some prepared food to-go.

There will also be some new breakfast options. “We have to be ready for those 5, 6 a.m. fliers,” Moy says. That will likely include “a cool congee,” and a bacon, egg, and cheese sandwich available on either a bao bun or tucked between two hash browns.

Shōjō at Logan Airport will have a 15-seat bar and some tables, plus about eight stools against a window overlooking the JetBlue gate. There will also be a room with the Shōjō aesthetic located across the hallway, but it remains to be seen if the restaurant will staff that area or leave it as open seating.

Beverage director Michael Patterson is developing a “fine-dining bar selection” that stands apart from typical airport bars, says Moy. Expect to see some Shōjō favorites, like the aforementioned Kamehameha, as well as Cold Tea for Two, the Gin Gin Mule, and Reiko Green, made with gin, chartreuse, and cucumber ice. The full bar will be stocked with a strong selection of Japanese whiskeys and some imported beers, either in bottles or hopefully on draft, Moy says.

“Logan is an awesome opportunity,” says Moy, who got into restaurateurship after growing up in his immigrant father’s restaurants, China Pearl and Ho Yuen Ting (Best Little Restaurant). In 2012, Moy introduced hip cocktails and modern, Asian-influenced small plates with Shōjō; he has since taken over Best Little Restaurant, and also opened the pan-Asian noodle bar, Ruckus.

“We already have so many people who come from different states, whether they visited Boston and came to see us, or are former students,” Moy continues, “so we already have a strong presence outside of Chinatown. This will help us really expand our brand recognition.”

It’s also a logical next step away from home. Since he first opened Shōjō, Moy has answered the question, why Chinatown? “Maybe it would have been easier, people said, if we were in Cambridge, the South End, or somewhere else a little more ‘hip.’ But for us, we wanted to stay true to our roots where we grew up, and we anticipated the changeover in Chinatown,” he says, referring to the booming development happening in Boston. “We [feel] we have three good, solid brands in Chinatown that were missing from the food scene. Now we’re actually fully ready to expand.”

The evolution of Shōjō—and, in a sense, Chinatown and Boston overall—has been documented annually in art form as a wall-sized mural by Boston artist Alec Strickland, a high school friend of Moy’s. This year’s edition, completed in August around Shōjō’s sixth anniversary, depicts the shojo (a booze-loving, monkey-like sea spirit of Japanese origin) poring over Logan Airport blueprints, and exploring a Lego-like Boston springing up around him.

“There’s so much construction, new buildings, new neighborhoods. We hope to be here for a very long time, so we felt to capture this once-in-a-generation-type of foundation-building was important for us to remember this moment in Boston’s history,” Moy says.

But this probably won’t be the last expansion for the Shōjō group.

“We were looking for another location when we got approval for [the Logan project],” Moy says. “It actually puts everything into a better light for us, where we can better plan for our third Shōjō location while we’re focusing on this one.”

Shōjō is on track to open at Logan Airport in late January 2019.