Check Out the Sunday Brunch Menu at Trillium Fort Point 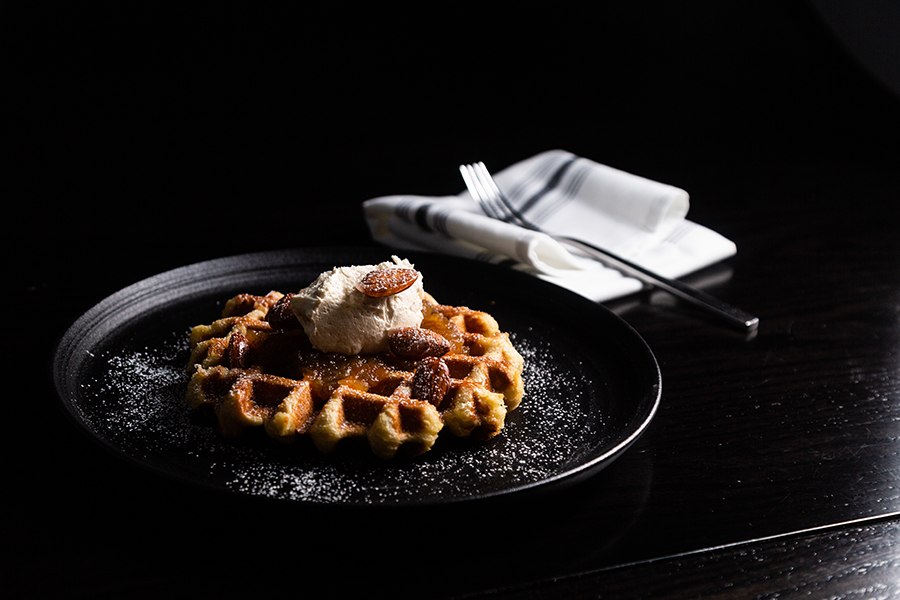 Wake up and smell the caramelized sugar and brewery grains. Trillium Fort Point officially launches brunch this Sunday, bringing farm-fresh crispy potatoes and eggs, spent grain-granola, Liège waffles, and more to a neighborhood that—between other craft brew standouts like Row 34 and City Tap House—has become a destination for beer brunch. This weekend also marks the debut of an exclusive new Barrington Coffee blend called Trillium, which was roasted especially to pour on a nitro draft line.

Every Sunday starting Jan. 27, executive chef Michael Morway adds a handful of new “farmhouse-inspired” dishes to the Trillium Fort Point menu. They highlight ingredients sourced from New England farms, but also from the brewhouse—for example, house-made granola (for the yogurt parfait) is made using dehydrated, spent grains from the beer-making process. With local, whipped yogurt and candied pecans, even that healthy-ish choice leans toward comfort food; other hangover cures include a caramelized-crispy Liège-style waffle with sweet brown butter and apple jam; and a fried chicken thigh with gravy, eggs, and Green Thumb Farm crispy potatoes.

Trillium owners JC and Esther Tetreault tapped Morway to helm an ambitious culinary program for the growing beer company, tied in with their vision of establishing a coastal farm that connects all of their projects from Connecticut to Canton to Boston. This grand plan is a main reason this totally atypical brewpub earned a spot on our top 10 list of best new restaurants of 2018.

The exclusive roast from Barrington Coffee also completes a circle for the five-year-old brewery. Trillium has used Barrington beans for years in beers like Night & Day imperial stout and Day & Night blonde barleywine. The new coffee roast is a full-bodied blend, nutty and toasty on the nose with bold chocolate flavors and subtle earthiness. Off the nitro tap, it has a rich and silky mouthfeel. It’s on draft at both the Fort Point and the Canton taprooms, and it’s available by the pound from both retail counters.

Check out the Trillium brunch menu below. Starting this weekend, it’s offered in Fort Point every Sunday from 11 a.m.-3 p.m. 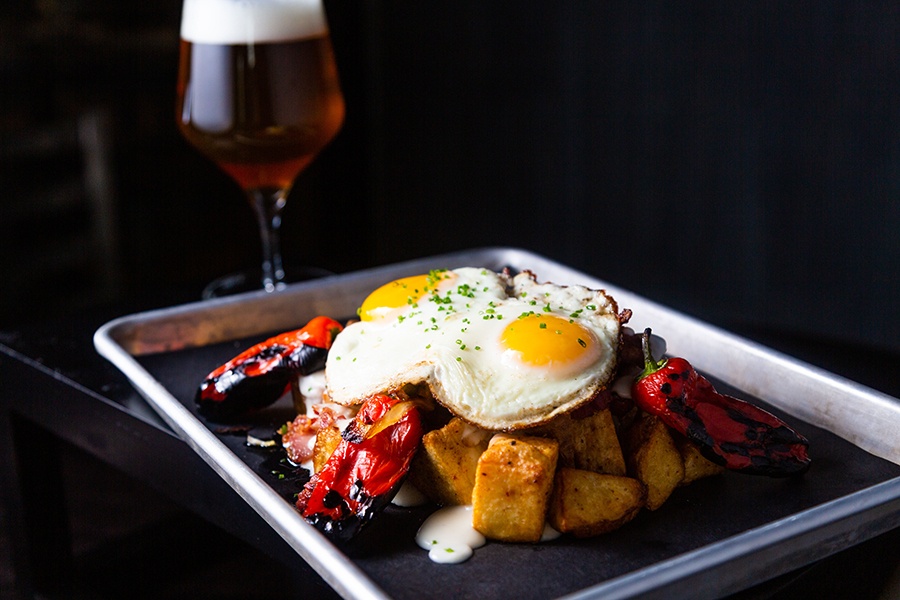 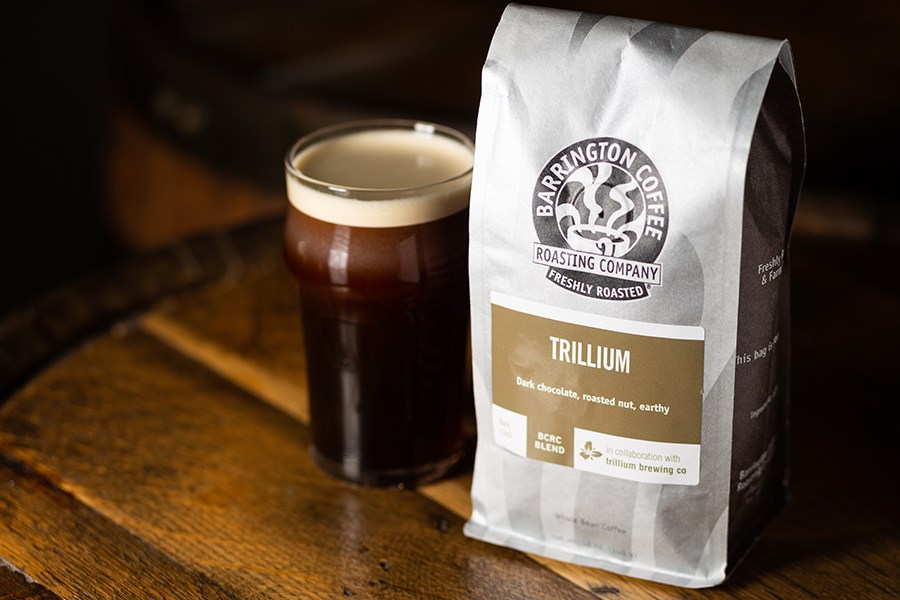 Barrington Coffee Trillium roast is exclusively on draft and sold at the Boston and Canton breweries. / Photos provided 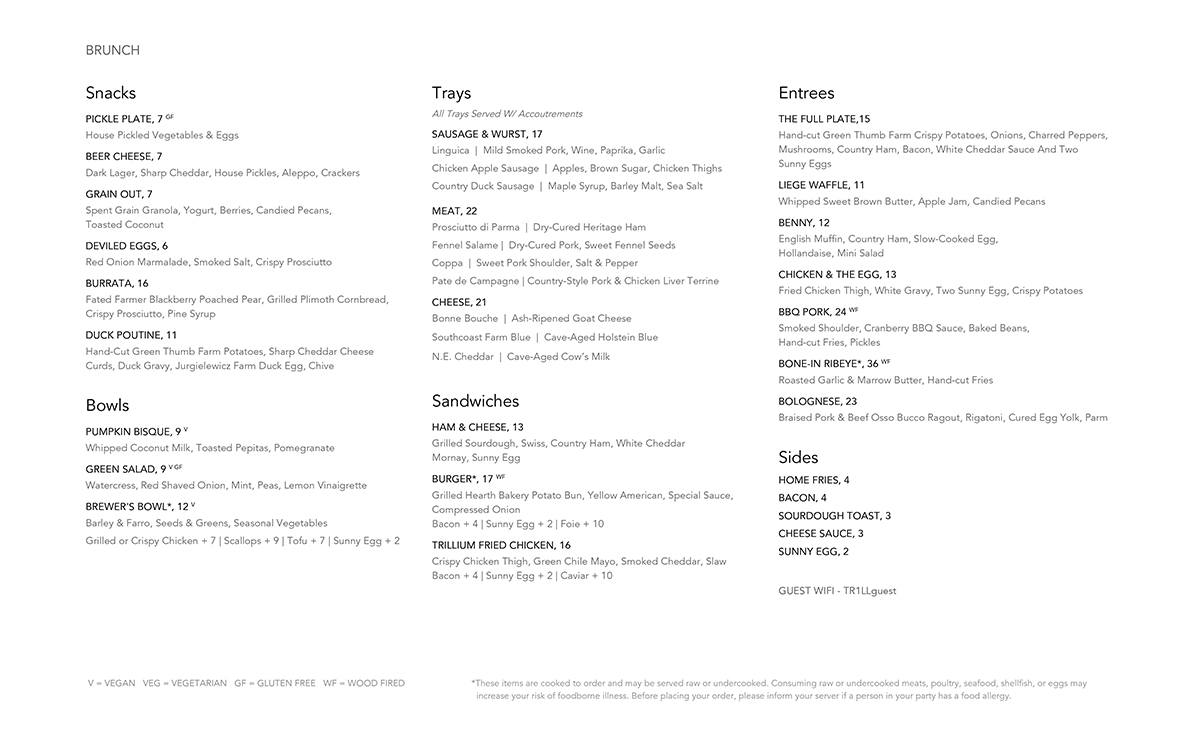