The Decade When Boston Dining Grew Up

The last 10 years have transformed our restaurant scene—and we're just getting started. 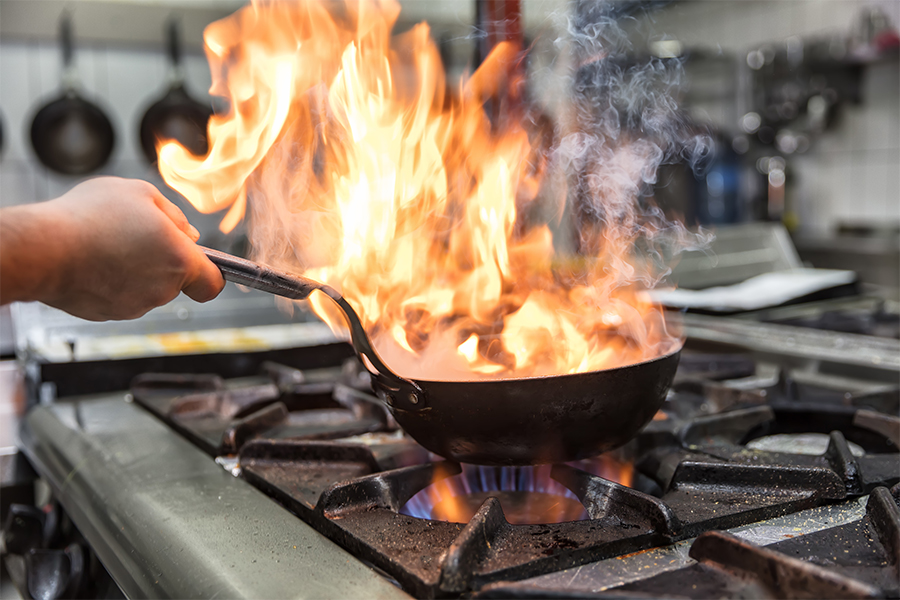 In food, time and process is everything. Things stew. They marinate. They bake until they’re done. How long will it take? As my mother would say, whenever I hound her to share a recipe, you just know.

Still not an answer, Mom. But this much I do know: Over the last decade, Boston’s food scene has been—well, cooking. You can feel it in the air of city neighborhoods revolutionized by their new restaurant cultures. You can feel it in the energy of dining rooms, where chefs who cut their teeth under a certain echelon of foundation-laying veterans—those who learned from Barbara Lynch, Jody Adams, Ken Oringer—are now running their own innovative shows to spectacular effect. As the restaurant landscape heats up, it captures even more financial capital and culinary creativity—more investors are eyeing opportunities, and more exciting young chefs are staying here, rather than fleeing to NYC—and the effects are exponential. Exhibit A: About twice as many Boston chefs and restaurants took home James Beard Awards in our present decade, as in the prior.

Of course, unlike a recent holiday casserole I managed to rescue just before it overcooked, Boston dining will never be “done” getting better—there’s no end point, just endless evolution. But there’s absolutely no doubt that the last 10 years have been totally transformative. During that time, we’ve seen “a really tremendous revolution, in terms of the level of appreciation for our culinary industry within Massachusetts, nationally, and internationally,” says Bob Luz, president of the Massachusetts Restaurant Association. The MRA just helped secure a $2 million allocation in the state budget to promote the restaurant industry, which is now an integral part of our “civic culture,” according to Massachusetts House Speaker Robert DeLeo.

Think about it: A status quo we now take for granted didn’t quite exist in the Aughties. Before 2010, Barbara Lynch hadn’t presciently planted her fancy flagship, Menton, in the soon-to-rise Seaport District. Sure, we still had fine-dining legends like Locke-Ober and L’Espalier (RIP), but we hadn’t yet met Alden & Harlow, Sarma, or any of the other next-gen vanguards—now institutions in their own right—that heralded (finally!) a huge influx of truly great, genre-spanning food in fun, relaxed settings. For that matter, we also didn’t yet have Instagram, an app that almost single-handedly turned dining-out (and sharing your drool-worthy conquests) into a sexier form of competitive social sport.

The new golden age of cocktails, embodied locally by stalwarts such as Backbar and the Hawthorne, had yet to explode, and the (retrospectively faddish-feeling) rollout of food trucks had not begun. There wasn’t a craft brewery on every corner (we’ll take two, if anyone’s asking) and the wave of fast-casual chains was only just beginning to replace our #SadDeskLunches with every conceivable combination of greens and grain bowls. If you know where to look (and we like to think we can help) there’s now excellent food, in every neighborhood, for every hour on the clock. Brilliant bright spots aside, we couldn’t always say that.

We know it’s not all roses. Rents keep rising, which is tough on small restaurants and our ability to support them. Not to mention that in any city, rapid development can beget gentrification and homogeneity. (Leave our neighborhood bars—especially the dives—alone!) Luckily, many of our brightest chefs use their platforms to advocate passionately for economic and social justice—whether that means exploring more equitable business models (meet the “kitchen appreciation fee”) or finding unique ways to use food as personal or cultural storytelling. Of course, as restaurateurs increasingly reflect the growth of Boston as a global city (our current list of hottest spots cull from Cuban, Vietnamese, Georgian, and French cuisines, to name a few), we also have to reckon with systemic disparities around access to capital, and have important conversations about issues like cultural appropriation. But at least we are having those overdue conversations, and it’s generally heartening that diners are broadening their palates enough to support high-profile openings that move beyond Boston’s well-trod steakhouse and red-sauce-Italian territories.

Navigating all of this comes with the territory when you play with the big leagues—and thanks to the last decade’s worth of changes, Boston’s dining scene does in a new way. (Hell, your friends in New York still won’t listen, but you can even brag about our pizza scene now!) Most importantly, there’s a palpable kind of passion in our city, and a holistic ripening since the days when Boston felt more distinctly divided between restaurants that hardly tried, and those that tried too hard. Funny how we lost most of those white tablecloths, yet now look so much more grown-up. It’s our time, and it tastes good.