The Eight Best Places to Find Pierogi Around Boston

From traditional potato fillings to sweet spins like fluffernutter, these Polish dumplings are perfect comfort food for cool weather.

Maybe the stressful election season has put some particularly fluttery butterflies in your tummy—or maybe you’re simply craving more comfort foods as the New England weather continues to cool. Whatever the case, let pan-fried Polish dumplings be a balm, whether traditionally filled (with potato and cheese, perhaps) or stuffed with some seriously creative flavor combinations (say, dessert-friendly fluffernutter). Here’s where to find some of the best around Boston. 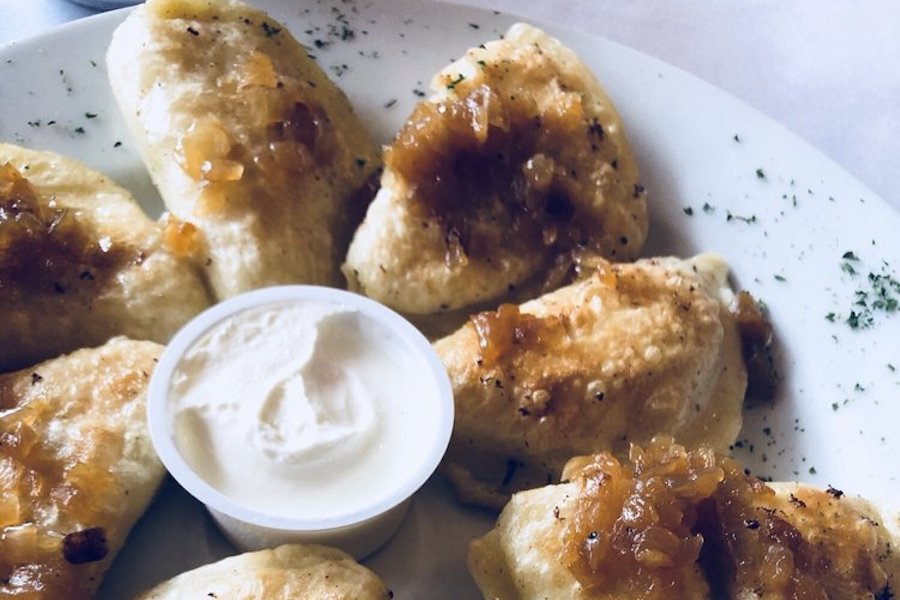 Cafe Polonia may be closed, but its famous pierogi live on (in frozen form) at Baltic European Deli. / Photo by Bex A. via Yelp

Sadly, Southie’s stalwart Polish restaurant Cafe Polonia remains closed during COVID-19—and according to a staffer reached at its across-the-street sibling, Baltic European Deli, that shuttering may be more than temporary. At least Baltic, which serves to-go sandwiches, fresh-baked pastries, and Polish groceries, continues to carry Cafe Polonia’s homemade pierogi in frozen, take-home form. These bags of dumplings are stuffed with cheese, kraut, mushrooms, and fruit, to name a few options. 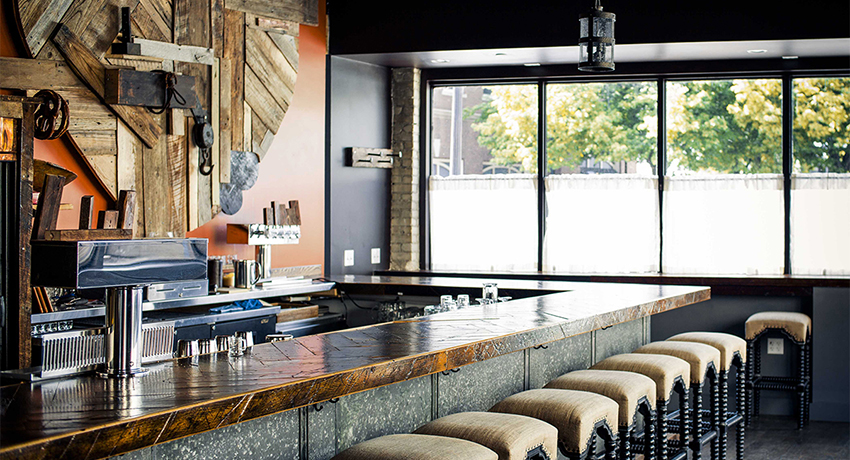 The interior of Bronwyn. / Photo courtesy of Bronwyn

Chef Tim Wiechmann’s Somerville restaurant specializes in Central and Eastern European cuisine, so it’s no surprise that you’ll find a stellar veggie pierogi plate on its Sunday brunch menu: The dumplings are filled with cheese, sauerkraut and potato, and accompanied by dill crème fraîche, scrambled eggs, seasoned German fries, and a simple green salad. Wiechmann certainly has a way with these regional foods—but in non-pierogi news, the chef is also working to launch Turenne, a French-inspired, to-go-only cafe that will operate out of the same space as T&B Pizza, Bronwyn’s Union Square sibling-neighbor. 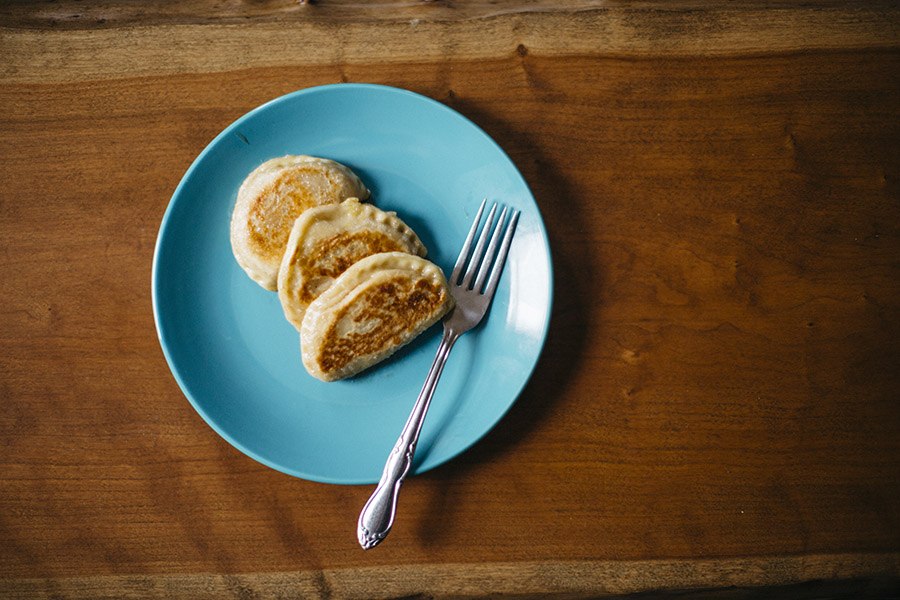 When Jaju’s lease at Somerville’s Bow Market came up at the end of May, we lost a rare brick-and-mortar restaurant dedicated to pierogi. But dry your eyes, because the Lynn, Mass.-based brand is continuing to expand the reach of its packaged pierogi: The five flavors (potato and cheese, cabbage and mushroom, sweet potato and caramelized onion, spinach and feta, and jalapeño cheddar) are now available in about 150 stores in the Northeast—including Picnic & Pantry at Bow Market, if you don’t feel like adjusting your pierogi-pickup locale. The sisters-founded operation continues to stage the occasional pop-up at New England breweries, and starting in December will add nationwide shipping, so you can send some hearty holiday helpings to your own jaju (that’s a phonetic variation of “dziadziu,” Polish for “grandpa”).

Mei Mei’s recent announcement that it may never reopen its dining room didn’t keep us from including chef Irene Li’s Chinese-American outfit on our just-released list of the 25 hottest restaurants in Boston. After all, we expect even more restaurants to pivot to takeout-only and prepared food-focused concepts if they’re to survive the pandemic. For Mei Mei’s part, that reframing includes virtual dumpling-making classes—so order one of the spot’s signature mushroom pierogi kits for pickup or delivery; if you don’t feel confident putting them together yourself, you can sign on for the next Zoom-based tutorial to learn how to fold and cook those pockets like a pro. 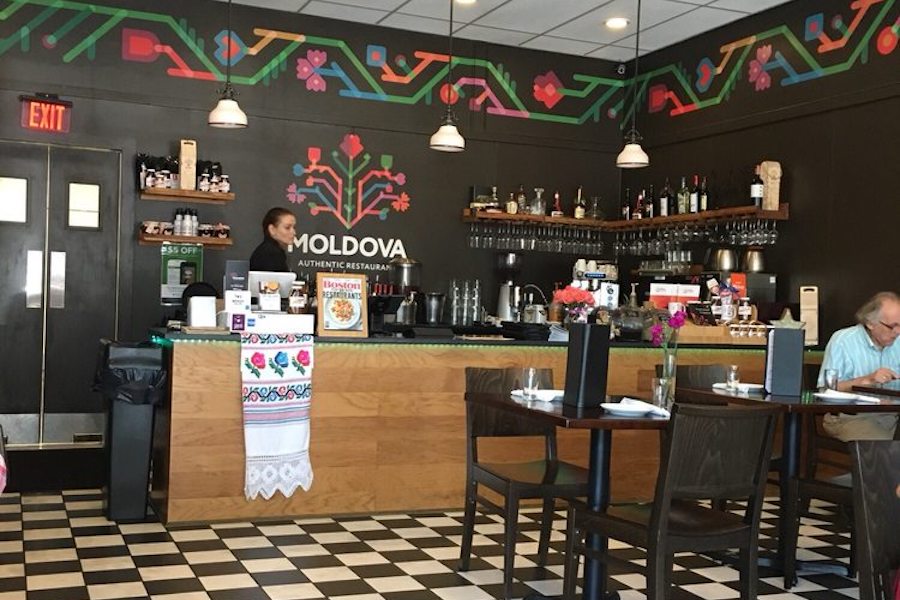 The interior of Moldova Restaurant. / Photo by Cristina R. via Yelp

Moldovan cuisine is next-to-impossible to find in the Boston area, but this Newton restaurant lives up to its straightforward name by focusing on the food from that Eastern European country. What will you find? Savory plăcintă pies are the main draw, but there’s also the offering of colțunași (the Moldovan equivalent of the pierogi) stuffed with pork, potatoes, or cheese. You can buy a dinner order a la carte, or add them to one of Moldova’s “Family Meal” packages, elaborate splays that are designed to serve four to five folks.

If you want to find a restaurant that puts pierogi front and center, you’ll need to head down to Fall River—but boy, oh boy, is it worth the drive. Fans of Patti’s (including, evidently, actor Bill Murray) rightfully swear by the spot’s untraditional offerings. The two-dozen savory pierogi options include the “Wild Hog-ogi,” stuffed with BBQ pulled pork and onions; the “Bada Bing” pierogi of sweet Italian sausage, red peppers, and tomato sauce; and the “Buff Chix Mac & Cheese-ogi,” whose fillings we sincerely hope you can deduce. Still hungry? There’s an additional 20-plus dessert pierogis— sweet flavors like apple cranberry, cherry vanilla, and fluffernutter.

Doug Drozdowski has been taking his pierogi-slinging trailer to brewery pop-ups and farmers’ markets, including recurring appearances at the Maxwell’s Winter Farmers Market in Chelmsford, Mass. Previously, you could purchase hot to-go dumplings made with his grandmother’s 100-year-old dough recipe; right now, though, Polish Prince is focusing on frozen pierogi in varieties like mushroom and goat cheese, hot honey chicken, Buffalo chicken, and chili. They’re still royally delicious—and can be preordered for pickup at the operation’s next market outing. 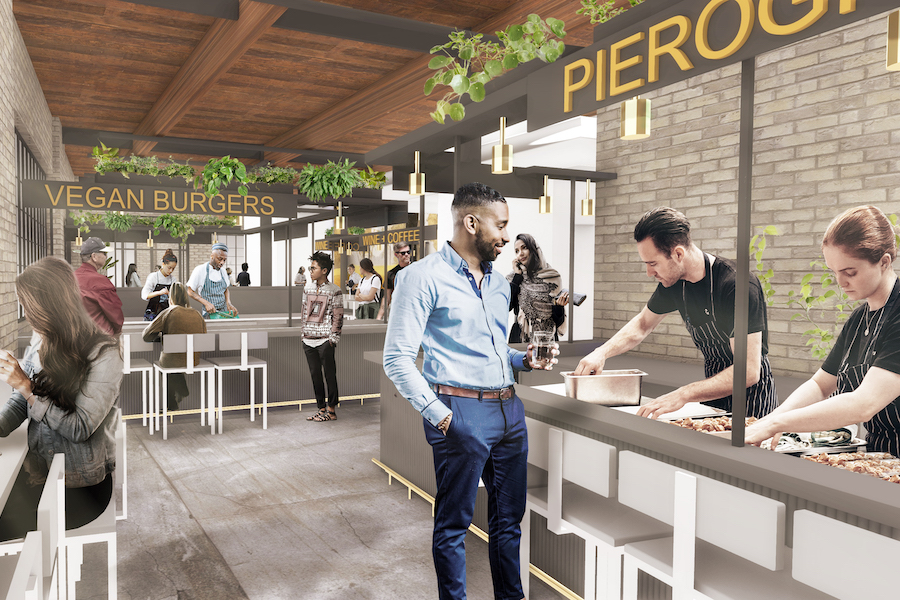 Pop-up appearances are slowing down for this operation inspired by Polish and Portuguese cuisines, although cofounder Adam Dziki says you can expect a few showings at winter markets and holiday catering offerings. The latter includes Thanksgiving-appropriate pierogis filled with turkey, stuffing, caramelized onions, and gravy. But even if Wild Fox proves a bit more elusive in the months ahead, we had to share the the exciting news that it will join the vendor stalls at Foundation Kitchen, a food hall slated to open in Charlestown’s Graphic Lofts residential building in early 2021. Besides its signature pierogis—available in flavors like mushroom marsala, ratatouille, and the kale- and linguiça-filled “Little Portugal”—Wild Fox will also serve a handful of sandwiches, soups, and salads at its Foundation Kitchen stall.