Set sail on your next great adventure in a town full of coastal charm. 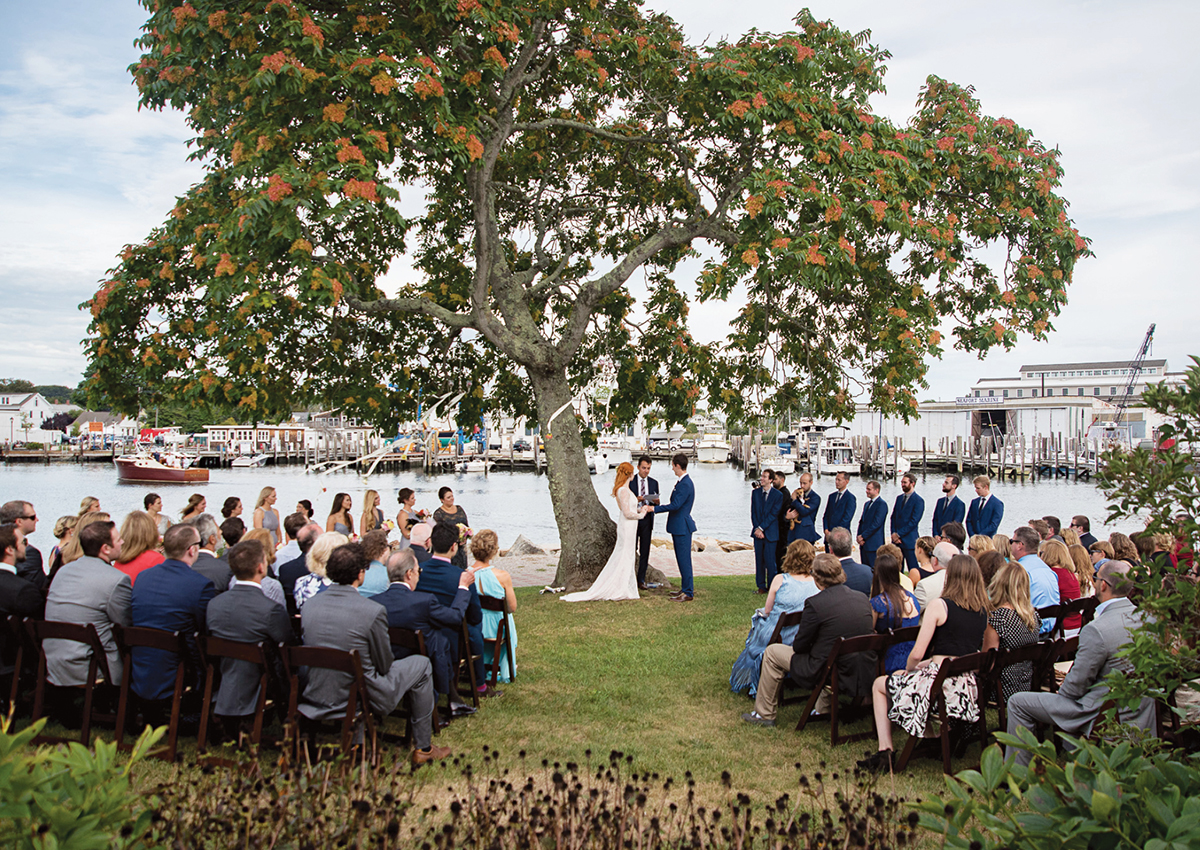 mystic museum of art. / Photograph by a creative focus photography

Once a bustling shipbuilding center, Mystic beckons brides and grooms with its maritime setting and quiet elegance. “We’re fans of all seaside weddings, but Mystic is distinctive for the sheer variety of unique spaces that couples can call their own,” says Jennifer Connelly, an event coordinator and floral designer with Mystic’s Blue Lane Events. From stately manors to lush vineyards, its waterfront is a beautiful backdrop to any event.

Those seeking old-world glamour will feel at home in Haley Mansion, a gracious 1904 Colonial Revival nestled among a waterfall, formal gardens, and impeccably manicured grounds. With sweeping views of Mystic Harbor and Fishers Island Sound, it’s no wonder the property, which hosted Humphrey Bogart and Lauren Bacall’s honeymoon in the 1940s, has been the site of star-studded parties over the years.

Then there’s Saltwater Farm Vineyard, set on 108 acres of wildflowers and verdant lawns bordered by a cove along Long Island Sound. Featuring a World War II–era converted airplane hangar looking out on a working vineyard, it’s industrial-chic in the middle of the country, a high-end wedding venue without the need for crystal and chandeliers.

With the adaptable layout at the Mystic Museum of Art, meanwhile, it’s easy to get creative. How about cocktail hour on the patio under the sailcloth tent? A ceremony under the famed ailanthus tree as tall ships ply the harbor? A reception inside the spacious high-ceilinged galleries? In Mystic, it seems, anything is possible.

Mystic Museum of Art
head count Up to 130 seated
price Starting at $1,750, plus food and drink

“Couples are discovering this postcard-perfect New England village between Boston and New York for storybook weddings. It won’t be a hidden gem much longer.”

Ensure the comfort of your family and friends at the nearby Inn at Stonington, where individually decorated rooms come equipped with gas fireplaces and private balconies overlooking idyllic Stonington Harbor. 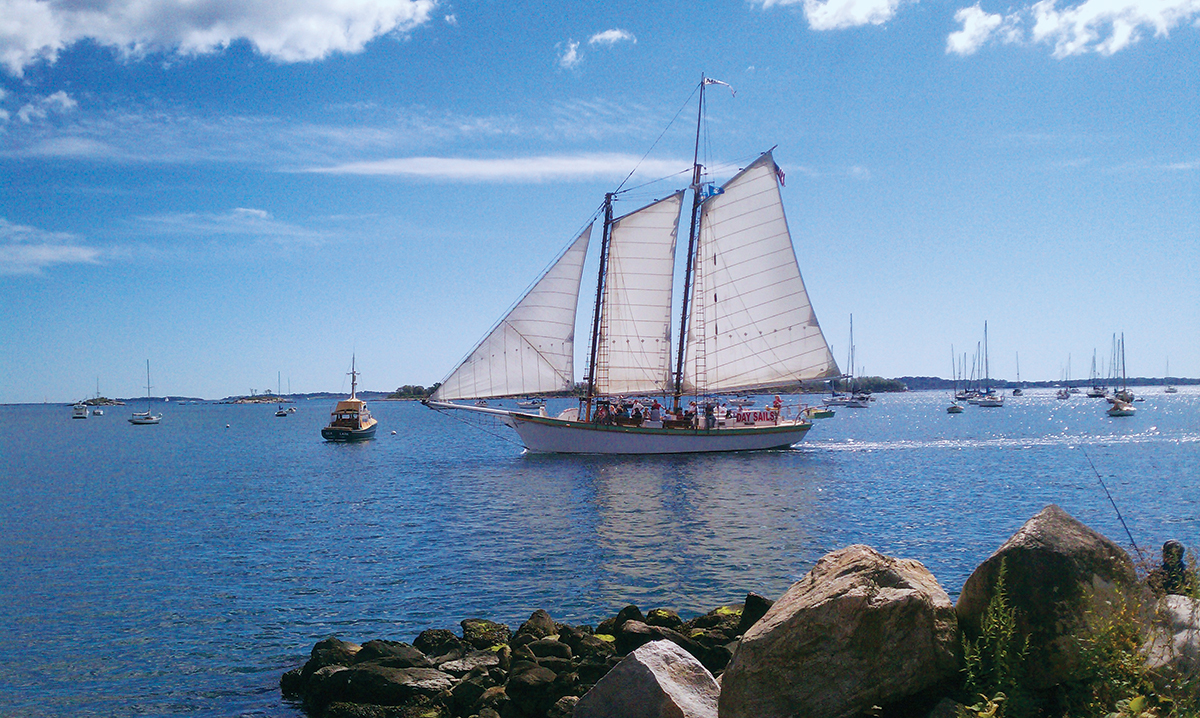 Steep your bridal party in Mystic’s age-old maritime tradition aboard the historic Argia, a two-masted 81-foot replica of a 19th-century schooner that glides past picturesque lighthouses and under the iconic Mystic River drawbridge. 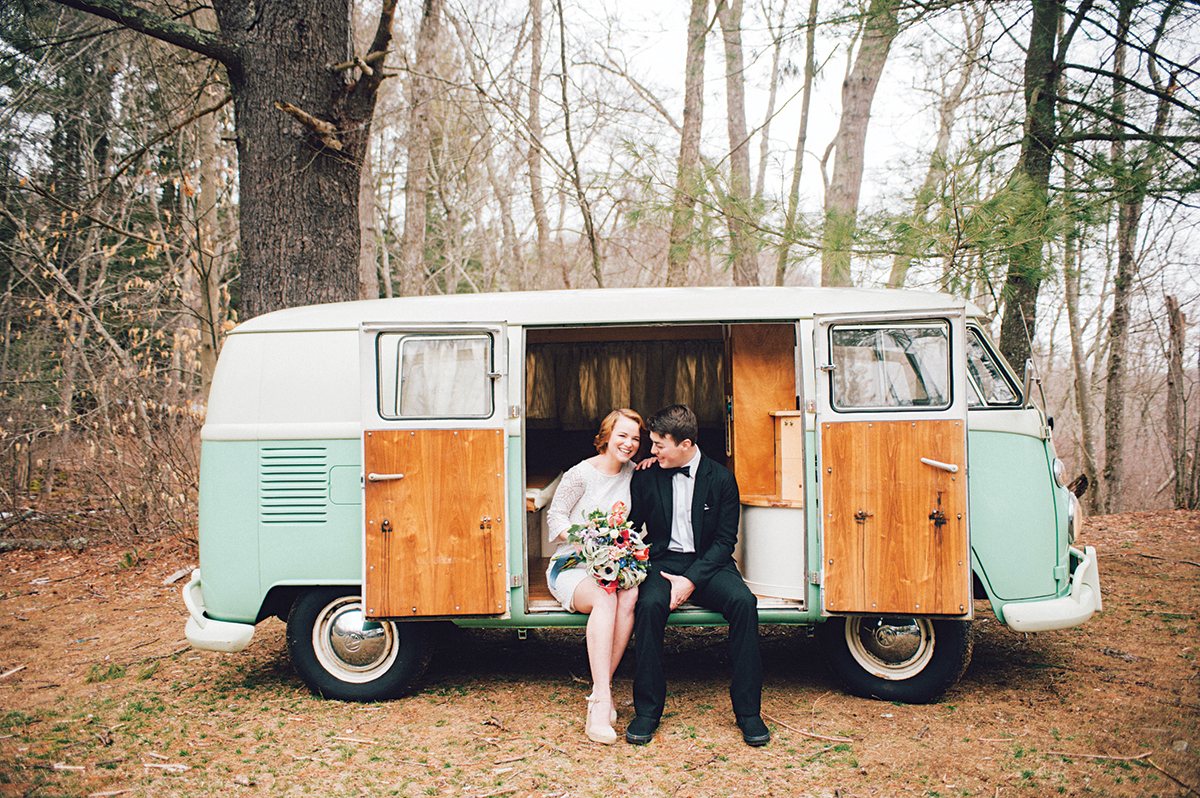 Close the curtain, push a button, and capture spontaneous expressions of joy among your wedding guests aboard Chloe, a seafoam-green 1967 VW bus that doubles as a gracefully styled photo booth. 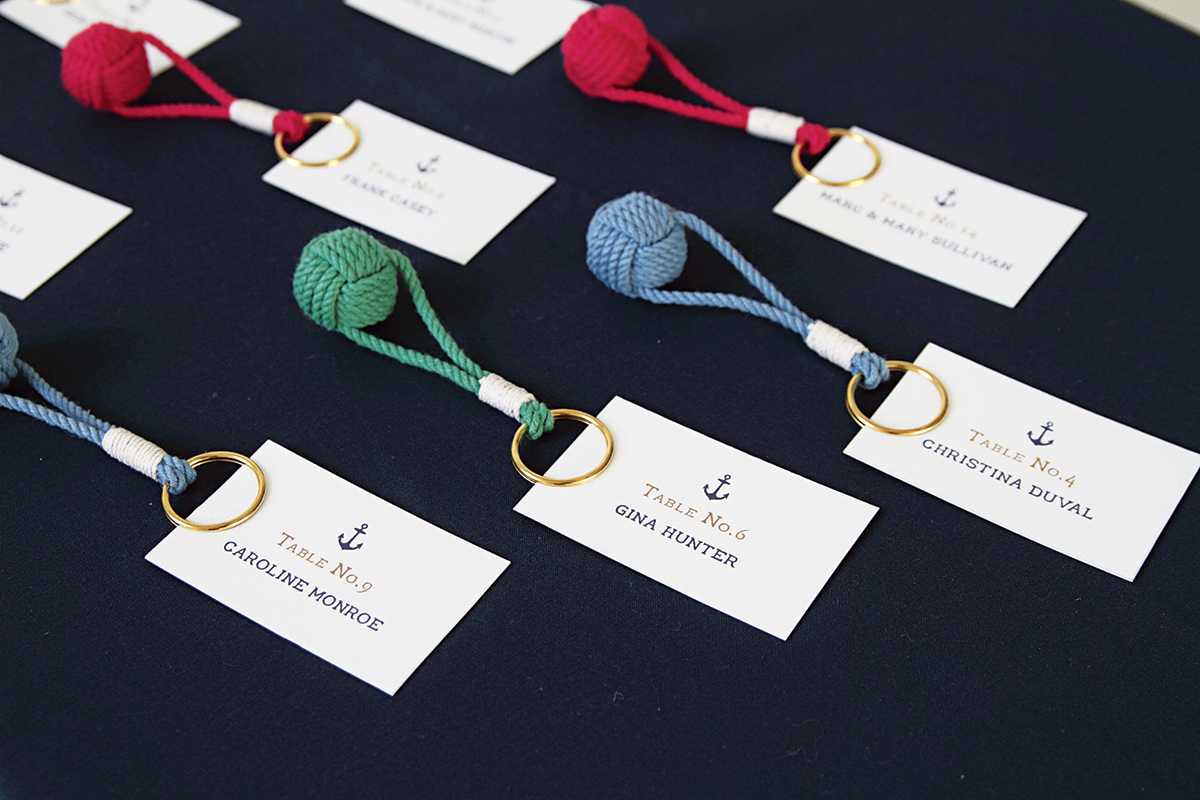 With favors, boutonnieres, and escort cards fashioned from the rope creations of Mystic Knotwork, you’ll be tying the knot in a whole new way—not to mention gifting your guests a seaworthy keepsake of your special day.

Known for its red-striped tent and picnic tables at water’s edge, the seasonal Abbott’s Lobster in the Rough—reached by a narrow, winding road in the sleepy town of Noank—is the quintessential New England lobster shack. With one notable exception: dedicated table service and staff for special events. 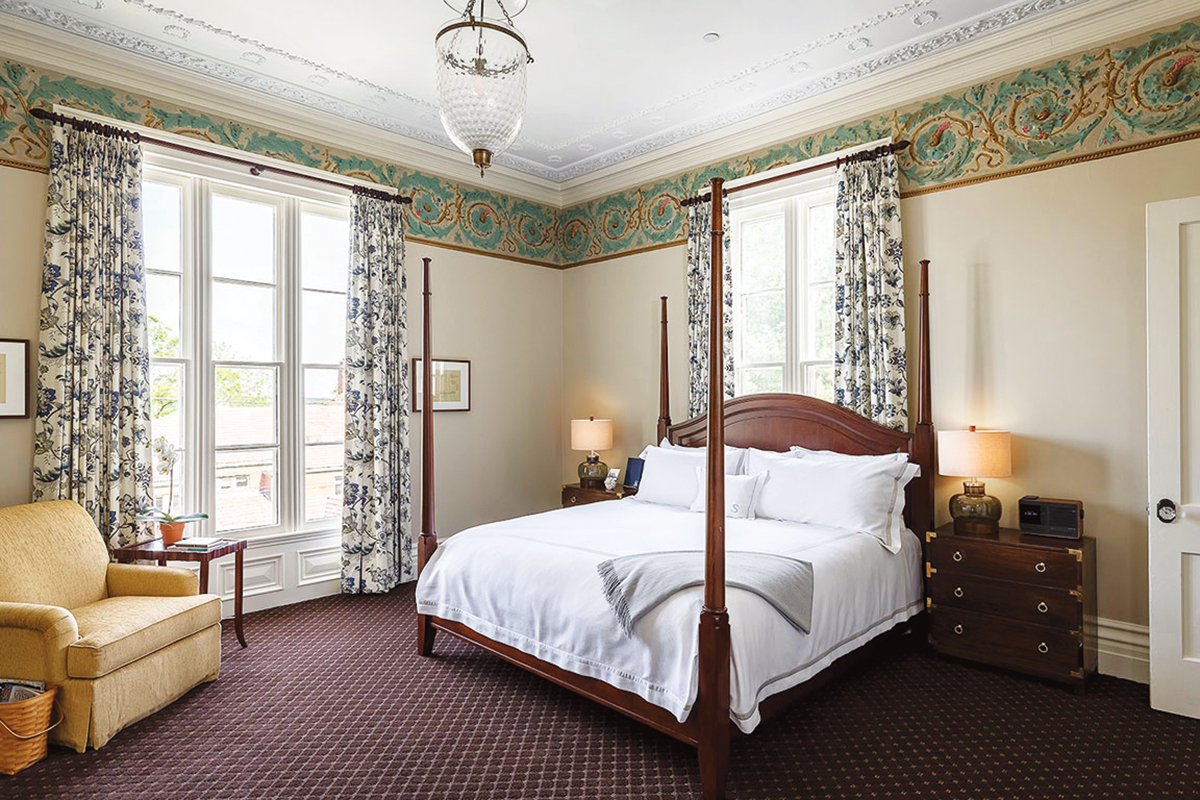 Treat yourself to an al fresco lunch in the gardens with a homemade picnic basket, then take the complimentary BMW to Bluff Point State Park, an 800-acre wooded peninsula of unspoiled forest with spectacular wildlife viewing and hiking trails. 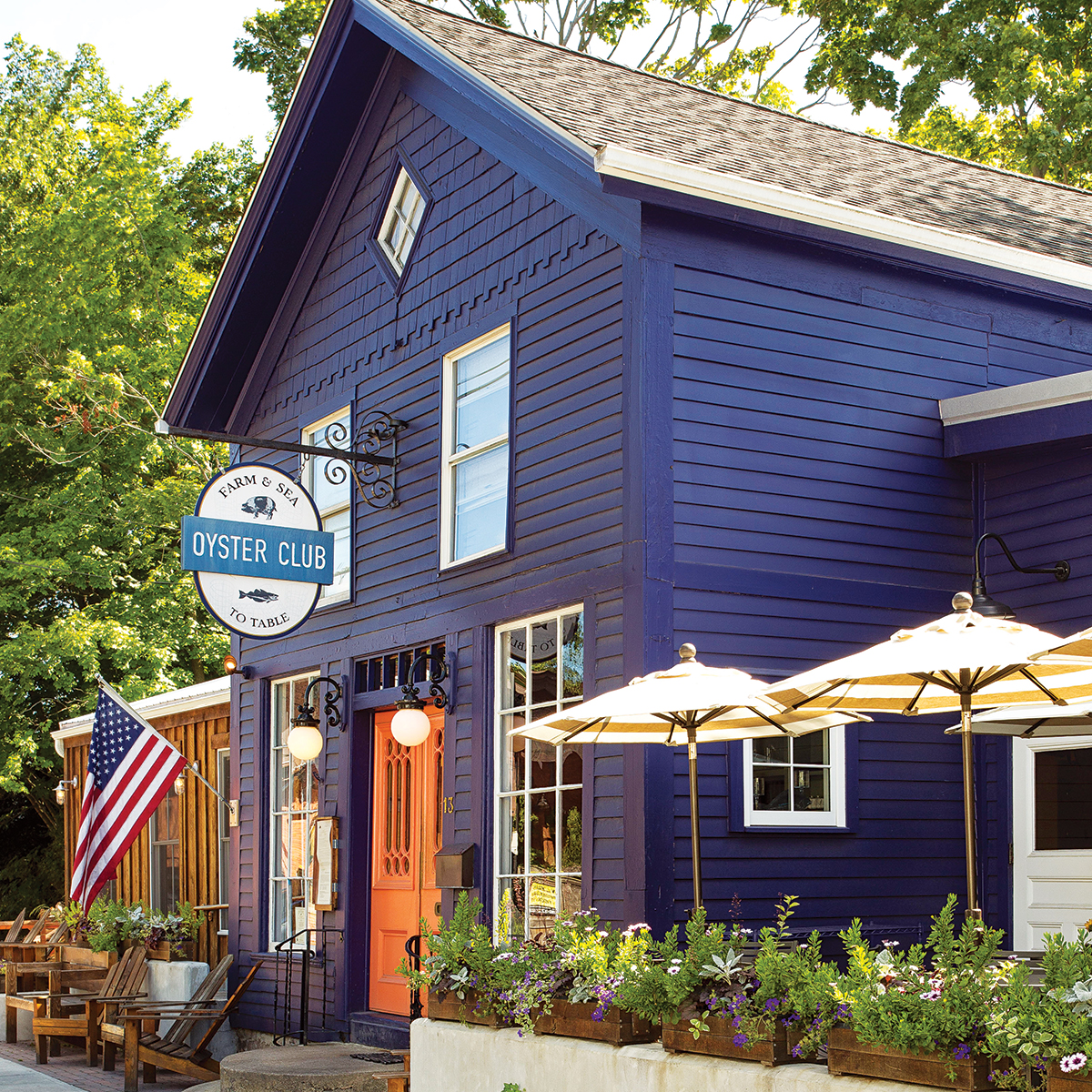 Dinner is at Oyster Club, a comfortably rustic restaurant featuring farm-and-sea-to-table cuisine—don’t miss the famed Noank oysters. Just make sure to be back in time for a nightcap in Captain Spicer’s subterranean speakeasy.