Is This Boston’s Next Big Fitness Studio?

BodyBurn by Ray is shaking things up with high-tech tools and unique classes. 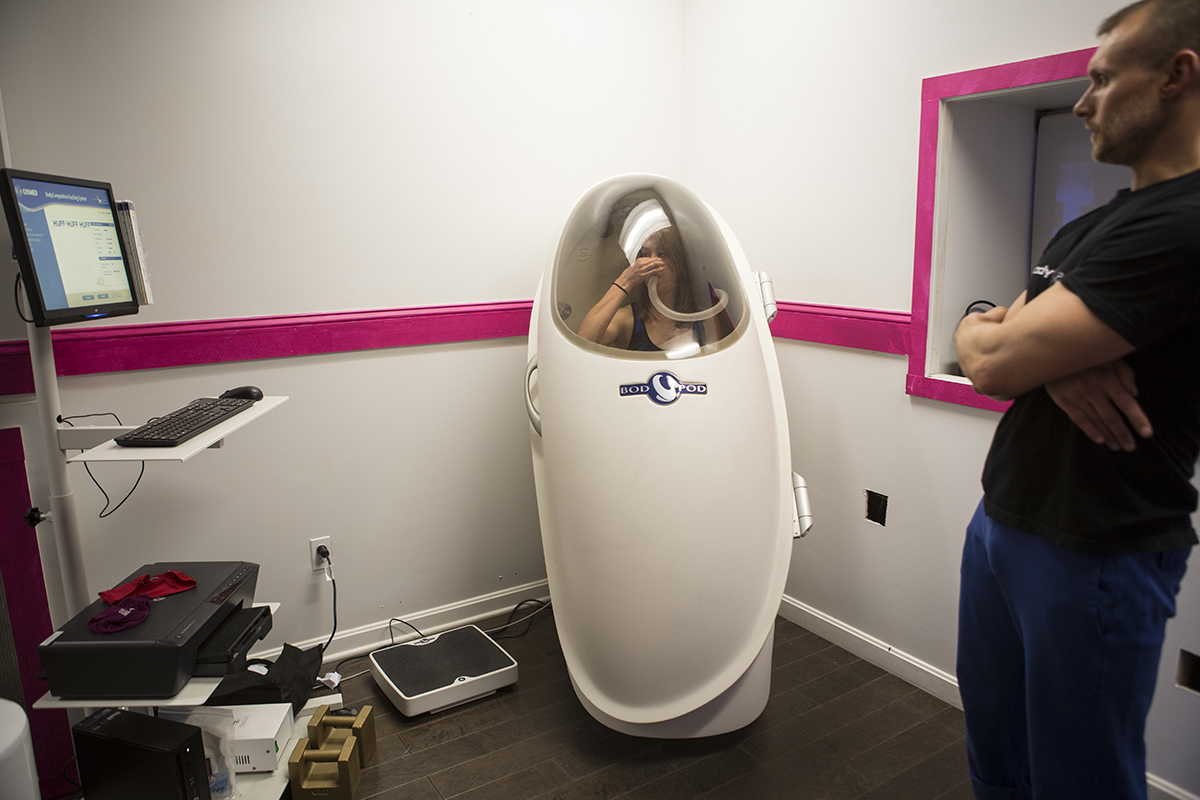 No one told me I would have to huff.

But there I was, sitting in an egg-shaped space capsule in my sports bra, huffing violently into a breathing tube. Why? I had agreed to a stint in the Bod Pod, one of the fitness industry’s most accurate tools for measuring body composition.

Using Air Displacement Plethysmography—essentially, measuring how much air your body displaces—the Bod Pod promises hyper-accurate body fat, lean muscle mass, and energy expenditure analyses. The machine even factors in the volume of air in your lungs (measured through the aforementioned breathing tube test) for extra precision.

The nearest Bod Pod open to the public is in Belmont, at a family-run fitness studio called BodyBurn by Ray. Data-driven curiosity was enough to lure me to the studio—but when I arrived, I soon learned that owner Ray Peleckas’ vision goes far beyond the Bod Pod. He’s plotting a fitness empire from his quiet perch in the suburbs.

Peleckas, who turned to fitness after a stint in prison and a prescription painkiller addiction, opened his Belmont gym five years ago, but initially focused on personal training. He rebranded as BodyBurn last fall, and now teaches group classes alongside his sister, Ashley, and brother, James.

Now that BodyBurn is out there, Peleckas is wasting no time. He says he envisions 10 to 15 locations in the Boston area, with the second hopefully opening this year.

“This would kill in Boston,” he tells me, completely confident. 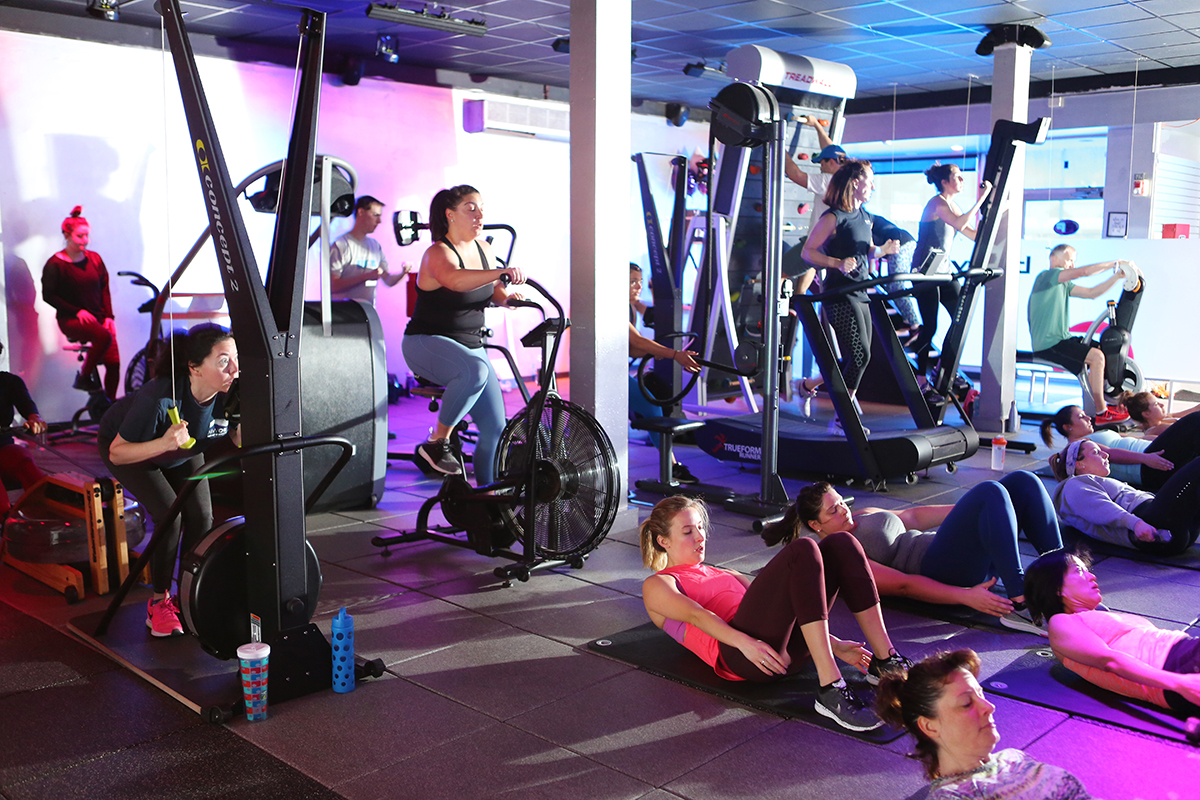 The money maker, Peleckas says, is “LiHi”: low-impact, high-intensity cardio. BodyBurn’s namesake class uses twelve motorless cardio machines—think a moving rock-climbing wall, a self-powered treadmill, a ladder, a crank cycle, a water rower, and more—that are easy on the joints, but make your heart rate skyrocket. The point, Peleckas says, is to allow students to exercise at all-out intensity, without fear of injury.

During the class, cardio stations are interspersed with strength-training exercises, which are pre-recorded by instructors and shown on screens at the front of the room. (The studio also has a strength-only class option.) That way, instructors can critique students’ form one-on-one, instead of getting distracted by demoing the moves live.

Peleckas has also tapped into the nightclub-meets-fitness-studio aesthetic, complete with colored lighting, monthly classes with a live DJ, an Instagram wall, and branded gear.

“Get yourself through the doors and we’ll take care of the rest,” the studio’s website reads. “Once you step foot in a class, you’ll see, feel, and sweat the difference.”

The workout, I can confirm, is no joke. And though it follows a format that’s now common in group fitness—the alternating cardio and strength model that’s propelled brands like Barry’s Bootcamp to the top—the unique motorless cardio machines add a distinct differentiating factor.

So who knows? Buoyed by an unflagging faith in the concept, Peleckas may soon get his wish: Bod Pods and BodyBurns in every neighborhood in Boston.

First class is free, then $35 per drop-in. Bod Pod assessments cost $50 for members, and $65 for non-members. BodyBurn by Ray, 4 Church St., Belmont, bodyburnbyray.com.