I Tried It: Yoga on Ice with Elin Schran of Joy Skate Productions

And I'm happy to report, both of my ankles are still fully functioning. 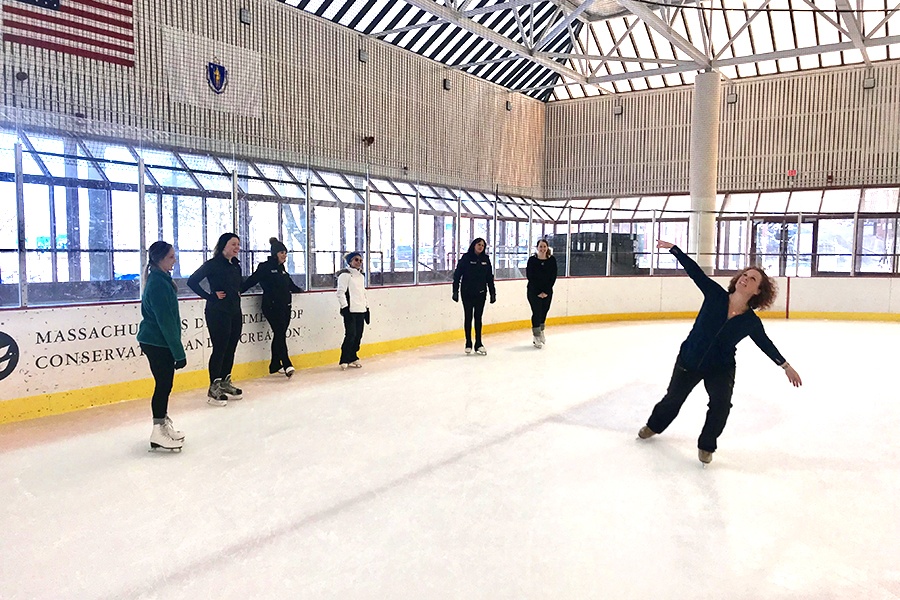 When I received an email in my inbox with the subject line “Yoga on ice?” I knew instantly that strapping on a pair of ice skates was in my near future. But as soon as the email rolled in, so did plenty of questions. Would I even be wearing ice skates? Would there be mats? Would I have to do down dogs and child’s pose and warrior III’s…on the ice!? None of those scenarios seemed plausible—but, at the time, neither did stand up paddle board yoga or trampoline barre, and I made it through both of those.

Turns out, yoga on ice is not anything like what you are picturing in your head. Coined “Ice Flow,” the class is the brainchild of Elin Schran, the founder of an ice skating production show company. In essence, it takes the principles behind yoga and applies them to figure skating rather than being a traditional yoga class on ice.

Schran is not a yoga instructor and says the creation of the class was a somewhat serendipitous event—she says it was “almost not on purpose” and began as a way for her to simply move on the ice in a way that felt good for her body. Intrigued by the way your breath is connected to your movement in yoga, she wanted to bring that sense of peace and calmness to the ice. As a former competitive skater, and the daughter of Olympic gold medalist figure skater Tenley Albright, skating had become work, and this was a way for skating to not be work anymore.

“I think it’s really hard to get really great at anything without it becoming a job,” Schran says. “And I think that’s why some people come to this class.” It’s a way for anyone—no matter their skill level, age, or abilities—to try skating. In my class alone, there were high-level figure skaters, a hockey player, theater-on-ice actors, a random person who just came to spend their Friday afternoon skating, and then me.

Even if I was one to become easily intimidated or embarrassed, the group that welcomed me onto the ice at the Steriti Ice Rink in the North End would have quickly erased any doubt in my mind. They were quick to offer me pointers and make me feel like an old friend.

I’ve been ice skating before, but I’m not too confident on the ice. As a snowboarder, I tend to avoid any type of ice patch on a mountain and prefer après beer in the lodge if the New England mountains are looking particularly slick. Nonetheless, I swallowed my fear and wobbled out onto the ice in my almost-too-big-for-me skates. After a few glides on the ice, I felt a little more brave, and then Schran instructed us to line up on one end of the rink.

She started by telling us that any movement was okay and the sequences she would be offering were just suggestions—anything could be modified. The first movement was fairly easy. It was a sort of pinching movement with your skates. You pointed your toes out and then scooted your foot back in as you were propelled forward. After demonstrating the move, Schran lined up with us and we would all take a deep breath in, sweep our arms to the sky, and then on the out breath begin the movement (aka yoga).

“I’ve always been fascinated with the way yoga connects breath with movement,” Schran explains. “And as I started doing it for myself, people started taking notice.” That was almost 13 years ago, and now Schran teaches a modified version of those original classes in Dedham, Stoneham, and Boxborough with hopes to bring a class to the city.

As we made our way to the opposite side of the rink, I was dead last out of the eight other women, every single time. And as I approached the opposite wall I wasn’t doing much more than just trying to stay upright and stop without crashing. To my relief, though, that was the extent of the class. For about an hour we would line up at one end of the rink, Schran would instruct us on a sequence (much smaller, more manageable figure skating moves), and we would glide down the ice as a group connecting our breath with our skate strokes. The key each time was to stay present in the moment with our breath.

Schran says these classes attract the busy 9-5-ers who don’t have a chance to otherwise catch their breath in their day-to-day. “This gives you a chance to breath and stay relaxed in positions that would otherwise make you stiffen,” she says. “Because as soon as you stiffen, you lose connection, or balance, with the ice and might fall.”

Perfect metaphor for life, I thought. How many times do we freeze when things get difficult? How many times do we want to force something that’s not there, or control an uncontrollable situation? I found that when I stiffened on the ice, things got harder. But when I just let my skates take over and existed in that moment of flow, it was easier—the imminent threat of a wipeout felt less severe.

I told Schran that ice skating, at one of the many rinks in the city, was something I wanted to check off my winter bucket list—I just hadn’t gotten to it yet, until now. This was a fun way to get on the ice and spend the afternoon moving in a way that I typically don’t. If you’re looking for a grueling workout class, this isn’t it. But if you just want to move around, de-stress, and hang with a cool group of people—you’ve found a fun weeknight activity.

“Skating truly is for everyone,” Schran insists. And she’s not kidding. She offers Ice Flow to kids and adults, and as a therapeutic and adaptive mode of exercise for the physically disabled.

“You don’t have to do a crossover or jump to feel the love of the glide and the magic of the crystal beneath your feet. The flow, like what you get when you’re skiing or sailing, is for everyone.” Although I probably won’t be strapping on skates again anytime soon, finding your flow is something I can totally get behind. Because when we find that flow, things are a little smoother and easier, and a whole lot more joyful. 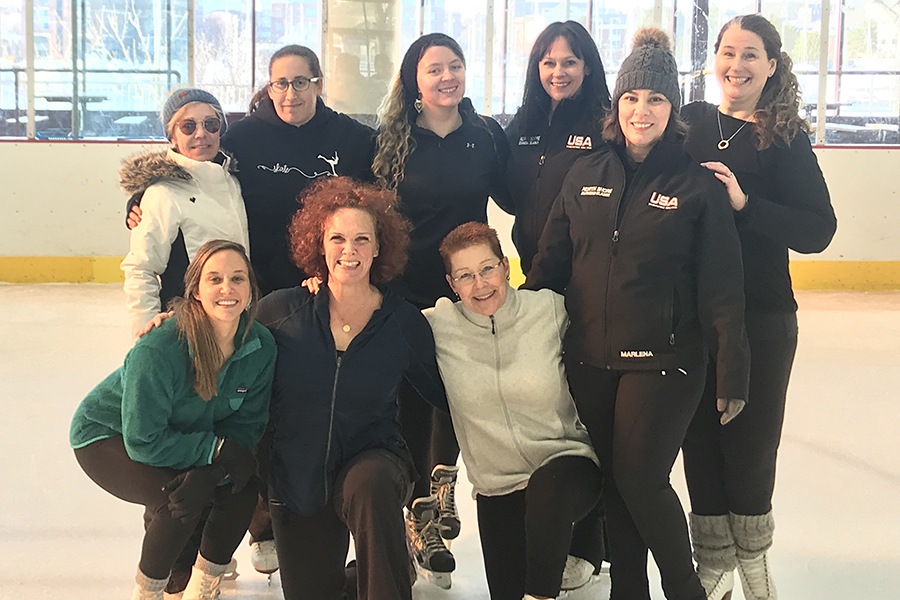