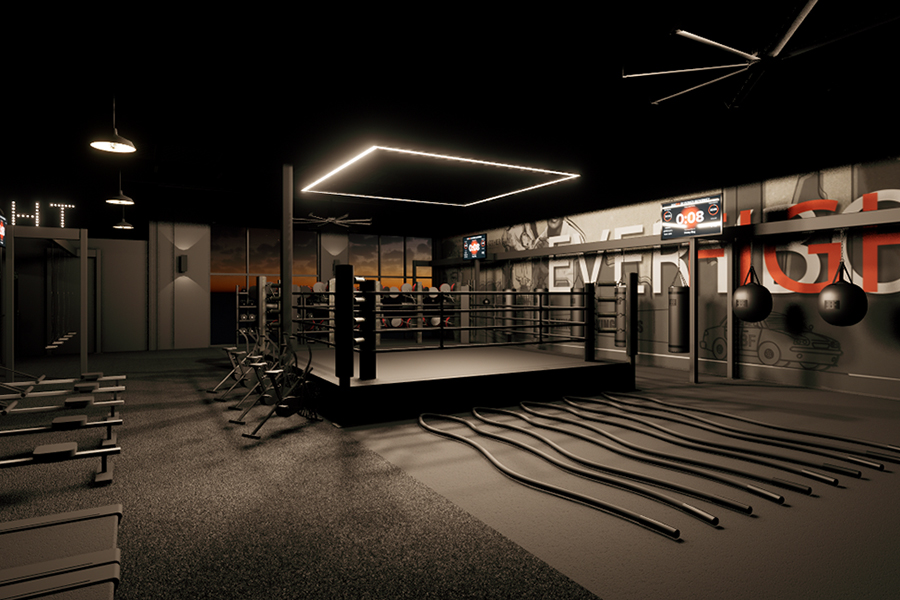 Get in your fighting stance, North Shore residents, EverybodyFights is coming out swinging in March. And you better be ready.

The boxing gym, a franchise from the company run by George Foreman III, is slated to open its third Massachusetts location in Saugus come early spring. EverybodyFights touts that their classes are designed to mimic a real fighter’s training regimen, and the boxing franchise currently has locations in the Financial District and the Seaport, with eight other locations across the country.

Inside the 4,000-square-foot facility, which will be in the new Hilltop development, boxers will find a full-size boxing ring for sparring and personal training, open gym space with free weights and treadmills, and luxury amenities. The Seaport location has one of the fanciest locker rooms in town, so expect top notch services. Class offerings include a circuit-based strength class called Train, a Mitts class geared around boxing technique, and a stretching class called Recover.

“The [North Shore] area is known for their tough work ethic and close community,” Foreman said in a press release. “Which is exactly what our facilities and people are suited to host.”

The programming and build out of the new space will be overseen by head trainer and franchise manager Reid Eichelberger, who has opened numerous EverybodyFights studios across the country. He echoed Foreman, saying, “the DNA here closely resembles ours and we’re ready to unleash the inner fighter in the North Shore.”

As real estate continues to soar, and boutique fitness options saturate the market in Boston, areas like the North Shore can expect to see more places, like EverybodyFights, looking to expand. The North Shore area is now home to Boston-based indoor rowing and strength training studio Sweat Fixx. Plus, a fitness clubhouse and lounge called A Mom’s Village opened last spring, giving mothers in the area a place to take time for themselves. And a huge Life Time Athletic is coming to Peabody’s mall later this year.

There’s even word on the street a new sports performance recovery studio called Bimini Performance is coming to the area—a new trend many in the industry are capitalizing on as of late, including EverybodyFights. The Seaport location just debuted a swanky new recovery lounge with recliners, Normatec boots, and Hypervolt percussion therapy guns. It seems the boxing franchise is full steam ahead these days.

For more information on the new studio: everybodyfights.com.