The Best Bike Paths in Boston

Explore the city on two wheels. 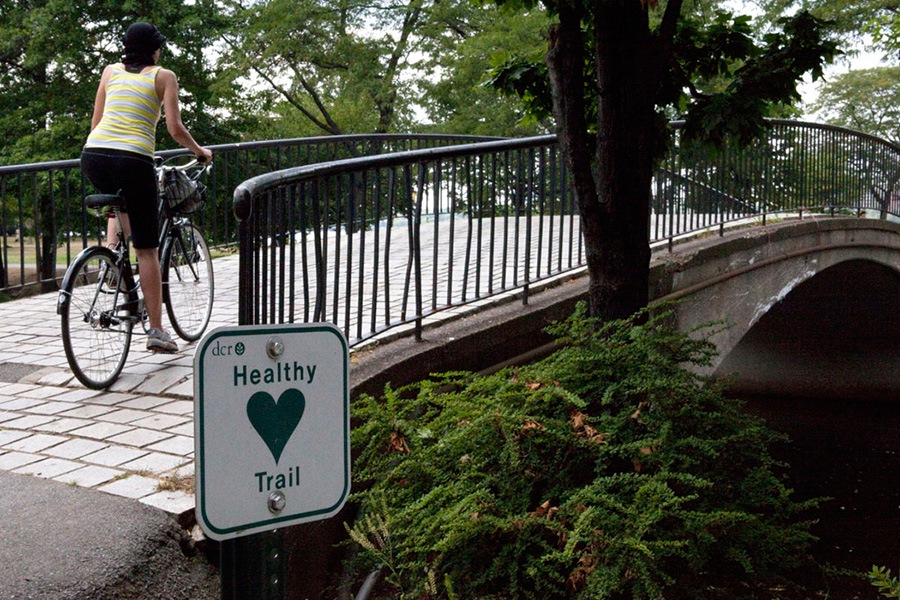 If you’re like us, you’d rather spend your summer days relaxing and enjoying the sun than heading to the gym. But what if you could do both? Instead of abandoning your plans to work out and opting for lunch on Newbury Street, grab a bike and take it for a spin on a destination bike ride or around the city —you’ll get a workout while relaxing and exploring. If you don’t have a bike, simply snag one from a Blue Bikes docking stations or rent one from one of the many rental shops around the city.

Not sure where to go biking? Here are the best bike paths in Boston. 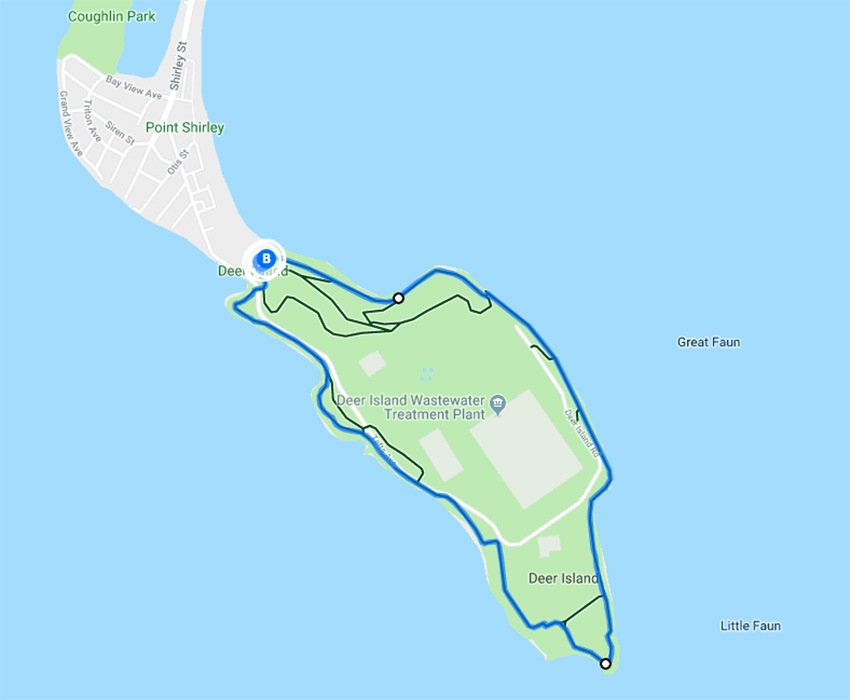 Deer Island: Bring your bike on the ferry, head to Deer Island, and ride on either its 2.6-mile waterfront path or the two miles of paths traversing the island. The 60-acres of parkland make it ideal for many different activities. Pack up your bike with a picnic and some fishing poles and you’ve got a full day of adventuring waiting for you. On the island you’ll also find historic buildings, scenic viewpoints, as well as a visitor center. and restrooms. Arnold Arboretum: If you’ve never been to the Arnold Arboretum, you should mark this ride as number one on your list. This arboretum, located in Jamaica Plain and Roslindale, is almost 150 years old and is the oldest public arboretum in North America. A route around the arboretum will take you in a loop that’s approximately 4.5 miles, but you can also take your bike along the paved main paths for a tree-lined, meandering route. At the southern tip of the park, you’ll find Peters Hill. Although you may have to walk up the last 200 feet of the hill, you’ll be rewarded with an amazing view of the city of Boston. You can also stop by the Roslindale Wetlands Urban Wild Park to see the maple swamp and go bird watching. Minuteman Bikeway: This semi-secluded trail is 11 miles from start to finish and runs along an inactive railroad. You can either take the path there and back if you’re an expert biker looking for a workout, or you can have a friend come pick you up after reaching the end of the path. This trail is also a great pick for history buffs, as it roughly approximates Paul Revere’s famous midnight ride through Lexington and Arlington. Seriously, how much more Bostonian can you get? 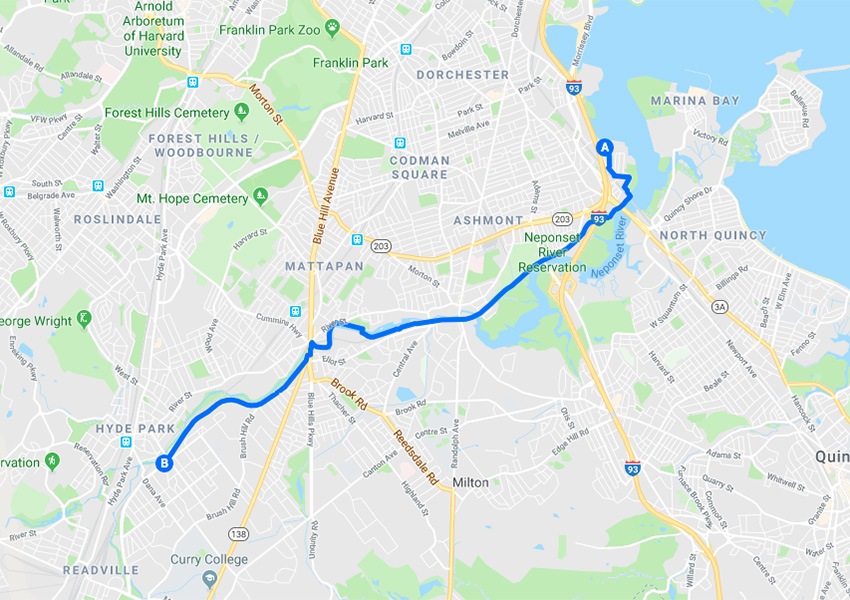 Lower Neponset River Trail: Open year-round, dawn to dusk, this path takes you down a five-mile stretch of the Neponset River from Dorchester to Milton. There are also nearby parks and playgrounds if you’re looking for a fun detour and a break from pedaling. Southwest Corridor Park: The Southwest Corridor Park is a popular commuter biking route from Back Bay to Forest Hills. It links the South End, Back Bay, Roxbury, and Jamaica Plain, and is a great route to leisurely ride along during a summer day. You’ll have to keep an eye out for other bikers, many of whom are speeding home from work during the summer months, but as you ride, you can stop and enjoy various activity centers. There are two spray pools, seven basketball courts, five tennis courts, two street hockey rinks, two amphitheaters, and jogging and walking paths along the route. Stony Brook Reservation: The Stony Brook Reservation is 475 acres of ponds, parks, trails, and scenic landscapes. The Turtle Pond, our favorite part of the reservation, has sunfish and perch in its waters (so don’t forget your fishing rod!). The reservation also contains tennis courts, picnic areas, an iceskating rink during the winter months, and a pool, as well as 12 miles of hiking trails and bike paths. Located in West Roxbury, it’s a bit of a haul to get out there, but once you arrive you can spend an entire day exploring the beautiful grounds. 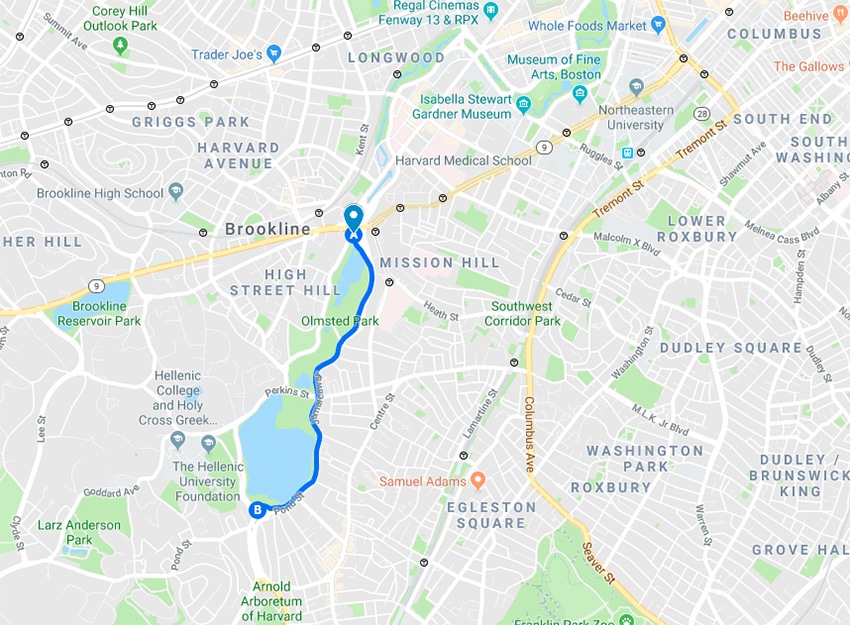 Jamaicaway Bike Path: Take in the beauty of Olmstead Park as you make your way through this scenic nine-mile ride that stretches between Leverett Pond and Jamaica Pond. There are drinking fountains and water refill stations along the trail as well as restrooms and artwork to gaze at as you coast. Charles River Bike Path: Yeah, yeah. We know you’ve been to the Charles before, and this might seem like an obvious choice, but this route takes you from the Museum of Science to Watertown Square and we doubt you’ve ever seen the city of Boston quite like this before. You’ll be able to tell where all of your favorite places are in relation to one another, plus there’s nothing better than spending time on the Charles on a beautiful summer day. Be careful of pedestrians and other bikers as you ride, but take it slow and enjoy your surroundings. If you’re hosting an out-of-towner, this is a great way for them to see the city while also getting some fresh air and exercise. 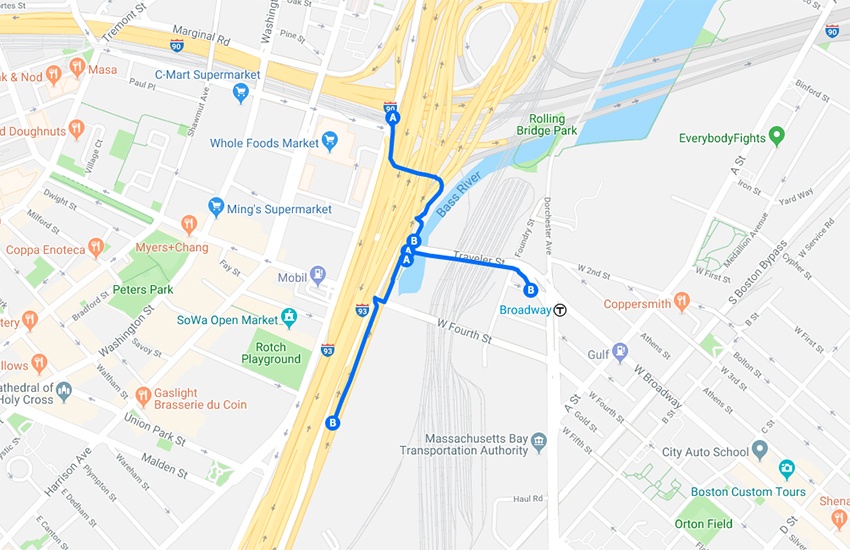 Underground at the Ink Block: Running along the highway, this urban space was revitalized to bring new activities, outdoor workouts, and plenty of green space to the middle of the city. The network of paved paths aren’t too shabby either for commuters or runners and bikers in the area. The art along the sidewalk and along the tunnels make for pretty neat Instgram pictures too. Charlestown Waterfront Bike Path: If you’re not in the mood for a long ride, the Charlestown Waterfront Bike path is a perfect option. This route is barely a mile long, but it takes you along the ocean and gives you a taste of Boston history while you ride. You’ll pass the Charlestown Navy Yard and the USS Constitution, and can also take a detour to the Bunker Hill Monument. If you’re bringing the kids along, stop for a picnic at the City Square Park or check out the Barry Playground.