As the bomb cyclone revved up in Boston, the politician began his day on public transportation. 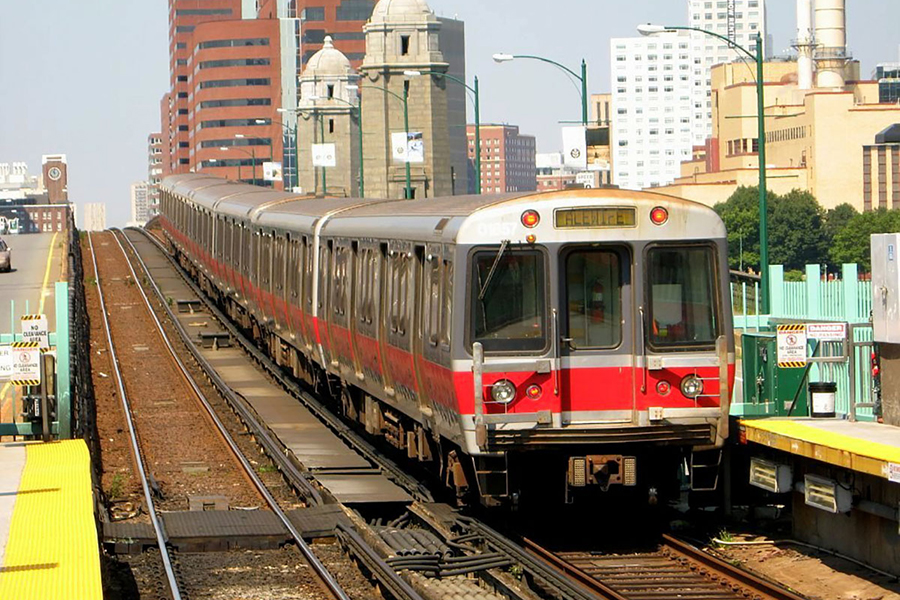 Though ridership is, unsurprisingly down across Boston’s public transit system on Thursday, according to state Transportation Secretary Stephanie Pollack, ridership among gubernatorial candidates has seen a spike.

Jay Gonzalez, one of three Democrats challenging Gov. Charlie Baker in this year’s election, relied on the MBTA to commute from his home in Needham Heights to his campaign headquarters in Cambridge on Thursday morning as the bomb cyclone rolled into Boston.

Gonzalez’s snowy ride included a buffet of public transit experiences, as he tweeted updates from the commuter rail, the Red Line, and the bus. Surely the journey (which sounds like a long and tedious route on a normal weather day) was quite the treat in the midst of a blizzard.

Thursday morning—when officials urged everyone to stay indoors unless absolutely necessary—marks the first of five straight business days the candidate has said he will rely on public transit to get to work. Five whole days in a row! This marks a stark contrast to the rest of us, who use it every business day, all year.

But Gonzalez isn’t just taking the trips because his car needs an oil change. The Democratic field faces quite the uphill battle against the perennially popular Baker. But sustained criticism of the MBTA, particularly following the system’s winter 2015 meltdown, could be a potentially exploitable weakness in the governor’s track record. As he commuted, Gonzalez tweeted commuters’ gripes with the system, seemingly drawing attention to an area Gov. Baker has failed to perfect.

Kat has lived on the red, orange and every branch of the green line. None have been reliable. #takethetpledge #mapoli pic.twitter.com/uoddBp1Qq1

MBTA officials told the Boston Globe the morning commute was relatively uneventful on Thursday, but there’s always plenty to whine about when the T is involved. And somehow, we’re confident Gonzalez will have no trouble finding commuters with complaints.