The Aquarium Station Is Back Open after Flooding

After shuttering the Blue Line stop "indefinitely," the MBTA announced it is operational again. 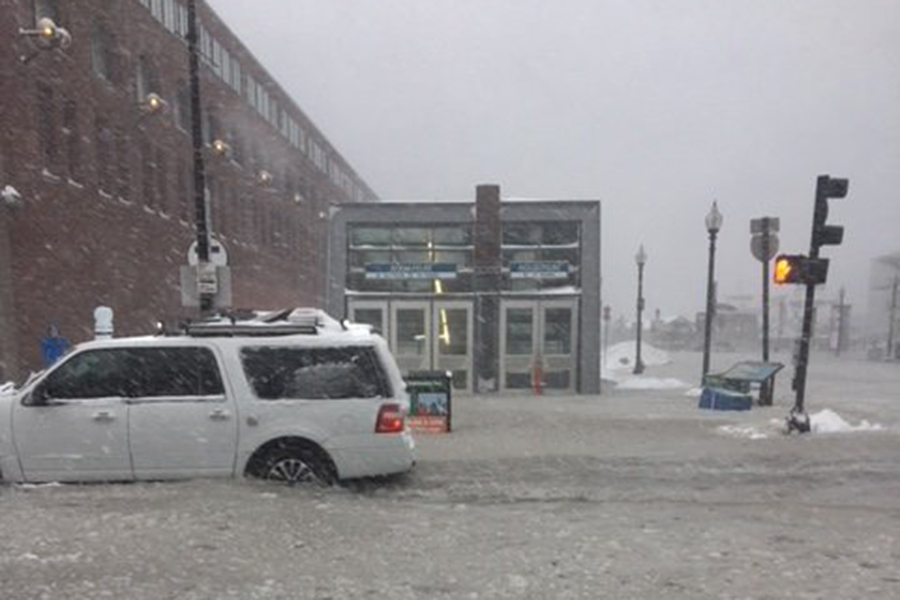 The MBTA probably didn’t intend for the Aquarium station to turn into an actual marine habitat when it was named, but thanks to the flooding that accompanied Thursday’s winter storm, the T stop looked more like a place to catch a fish than a train.

Water from Boston Harbor flooded streets surrounding Long Wharf and gushed down the steps of the Blue Line station, forcing the MBTA to close the stop “indefinitely.” But the agency managed to make “indefinite” relatively short, and the station was functional again on Friday morning.

But footage of the water rushing down toward the tracks has an apocalyptic quality to it, and illustrates the extreme severity of Thursday’s “bomb cyclone” storm.

The tumbling, frigid water moved faster than any train during rush hour could dream of, and the view from outside the station was equally as dramatic. The entire area looks like a sea monster’s icy habitat.

It’s to the MBTA’s credit that the Aquarium Station is back up and running so quickly. Besides, everyone benefits when it’s easier to visit Ron the sea lion pup and his pals. We hear he’s really thriving these days.