A Peacock Found Wandering Around Cape Cod Is up for Adoption

The Animal Rescue League is looking for someone who can take in the mysterious colorful bird. 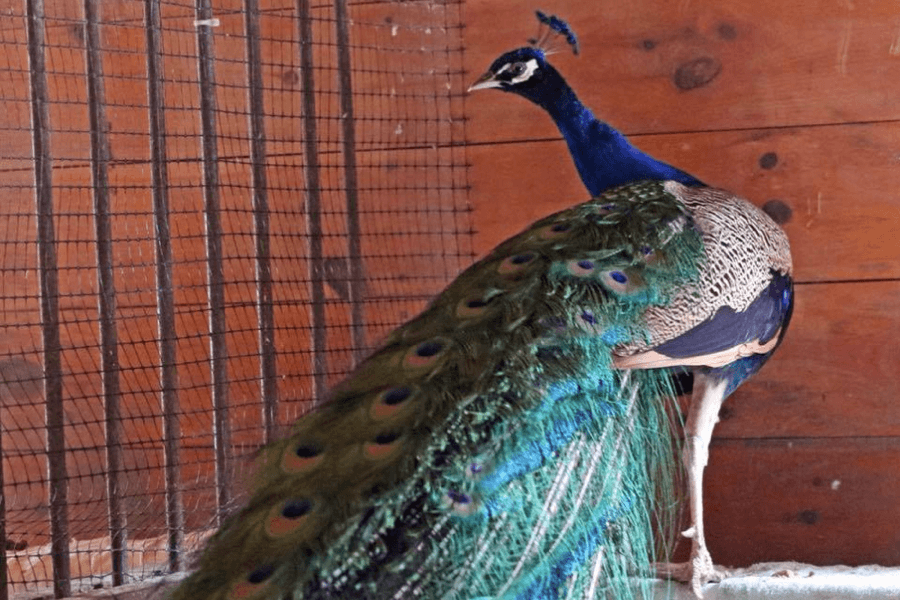 It’s not clear how it got there, but a peacock recently found roaming Cape Cod is now up for adoption after the colorful bird was brought to the Animal Rescue League of Boston.

According to the shelter, which affirms that it does not often shelter peacocks, the two-year-old bird was spotted in Brewster under mysterious circumstances. “Despite the fact that peacocks are prone to wandering, nobody has stepped forward to claim ownership of this beautiful bird – opening up the possibility that he was abandoned in the area he was found,” the nonprofit wrote on Facebook, adding, “He is in remarkable shape and healthy.”

Reports of peacock sightings—which as you might imagine are pretty rare on the Cape—had been flowing in for about a week before the animal’s capture, according to WCVB.

It’s legal in Massachusetts to own a peacock. But consider this your periodic reminder that buying and keeping exotic pets is not for everyone, especially if you’re the kind of person who might lose one, or dump it somewhere on Cape Cod when it becomes inconvenient.

Anyone interested in taking it in will have to prove they can care for it with “ample space” and “a proper enclosure.” The shelter also says it’s contacting area zoos.