The person was injured in an incident that caused rush hour delays. 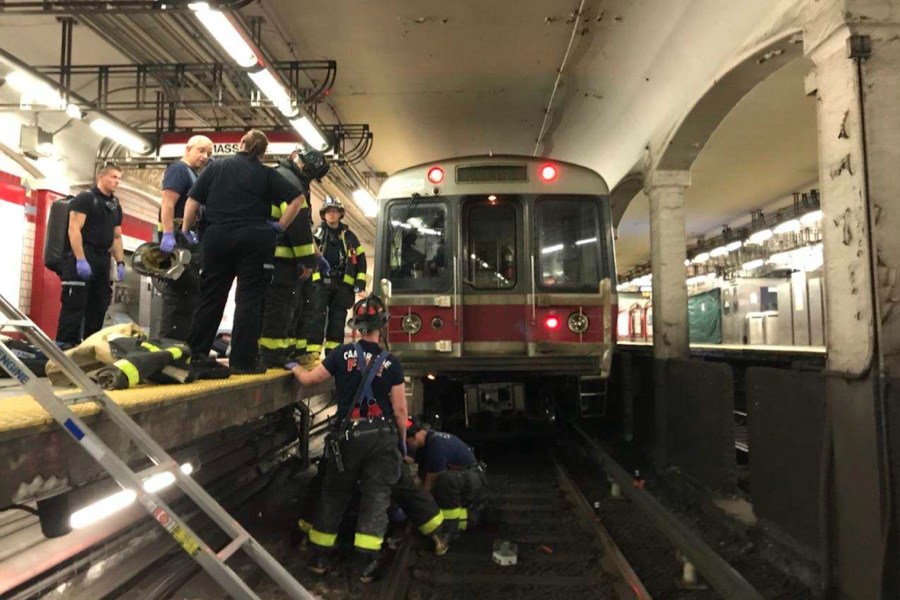 Red Line service has resumed after a commuter stuck between a train and platform was rescued Thursday morning, an incident that led to rush hour delays, officials say.

The Cambridge Fire Department says it responded to the Central Square stop at around 7:30 a.m. and found a person, who was not identified, was “trapped.” Officials turned off the electrified third rail at the site, and service ground to a halt, with shuttles replacing trains in both directions between Harvard and Park stations.

A few minutes later, the fire department reported on Twitter the commuter had been “extricated” and was headed to a nearby hospital with injuries.

Shuttle buses have since been phased out, and the T said there were 30 minute delays as of around 8:30.

According to WBZ reporter Carl Stevens the victim, a woman, was “conscious and alert” as she left the scene.

A woman fell into a red line pit here in Central Square just as a train approached. The deputy chief on the scene tells me she was very lucky, wedged in a normal space between the train and the platform. She was conscious and alert when taken away. #Cambridge #MBTA pic.twitter.com/F0xt18CvGZ