The Patriots mascot took a hit from Jamal Adams at the NFL Pro Bowl. 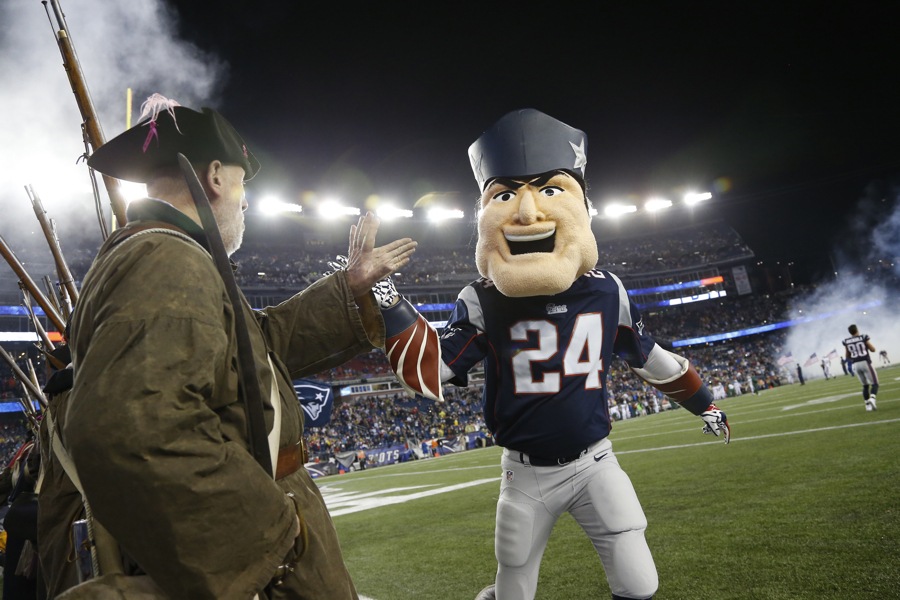 Pat Patriot, New England’s beloved mascot, took one hell of a hit on Wednesday. Jamal Adams, the six-foot-one, 213 pound safety for the New York Jets seems to have forgotten his own strength and size at an NFL Pro Bowl event on Thursday and decided for whatever reason to just level the poor guy (who is, remember, just someone in a suit without pads) with a blindside tackle on the sidelines.

This one is for every Patriots hater out there! I got y’all! pic.twitter.com/q0WAbDfrpL

The mascot (again, just a guy) ended up needing some medical attention on Thursday, the team says, but he did not need to be sent to the hospital, as had been reported earlier.

“He was not hospitalized,” a Patriots spokesman told the Providence Journal this morning. “He did seek medical treatment from the on-site medic. It was a painful attack.” The team also says the tackle was unplanned.

Adams has said the hit was all in good fun. The mascot “was running around and everybody was booing him, so I said, ‘You know what? Let me go tackle him,’” he told ESPN, adding that he “didn’t hit him that hard.” He added: “My intention was never to hurt him. It was all about just a joke but I definitely want to check on him and make sure everything is good.”

If social media is any indicator of how Pat Patriot, the mascot, is doing though his spirit is very much intact. Photos from later in the day show Pat going about his business at the event.

#StillHere and having some fun at the #ProBowl 👍 pic.twitter.com/B0Br6x7Lks

And then he followed up with a statement on Twitter: “Hate us cause they ain’t us.”