The linebacker is speaking out after a Texas traffic stop he says was "frightening, disrespectful, and embarrassing." 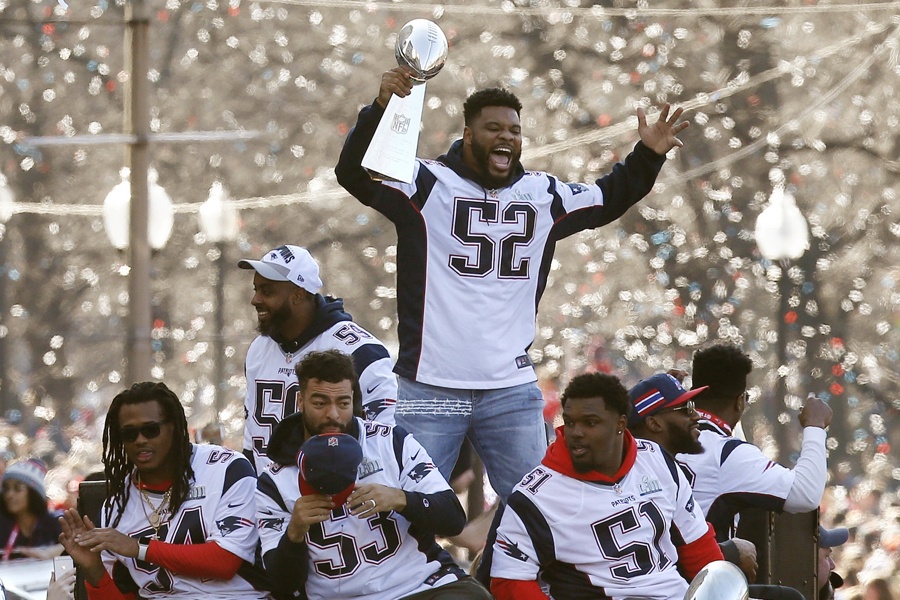 New England Patriots linebacker Elandon Roberts is speaking out after he says he was harassed by police during a traffic stop near his home in Texas.

In a statement published by USA Today this week, he sounded off about an encounter in his driveway back in March, after he found himself pulled over a sheriff’s deputy named Adam Watkins, allegedly for speeding.

Dash cam footage obtained by the outlet shows the deputy’s cruiser following Roberts’ Porsche to his home, and a police officer ordering the athlete back inside the vehicle, then calling for backup via radio and describing Roberts as a “big black man” who “wouldn’t comply” with his orders. Roberts appears to remain calm throughout the stop, which seems to contradict what Watkins relayed to fellow officers.

#Patriots linebacker Elandon Roberts says he was harassed at home by police. [@usatodaysports]

“This is my house”,”Being harassed in your own yard simply because you are a ‘big black man’ should never become the norm.”https://t.co/nRluOZHHOj pic.twitter.com/rsUZII26Oy

“Being harassed in your own yard simply because you are a ‘big black man’ should never become the norm. To the person being harassed, it is frightening, disrespectful and embarrassing,” he tells USA Today, adding that he hoped sharing his story publicly would help combat “bias-based traffic stops.”

Roberts was ultimately not cited for speeding. He later filed a complaint, and the Fort Bend County Sheriff’s Department says the officer involved was made to undergo training. Roberts’ attorney is asking the local District Attorney to investigate.