The actress brought up pay disparity during her Emmy acceptance speech. 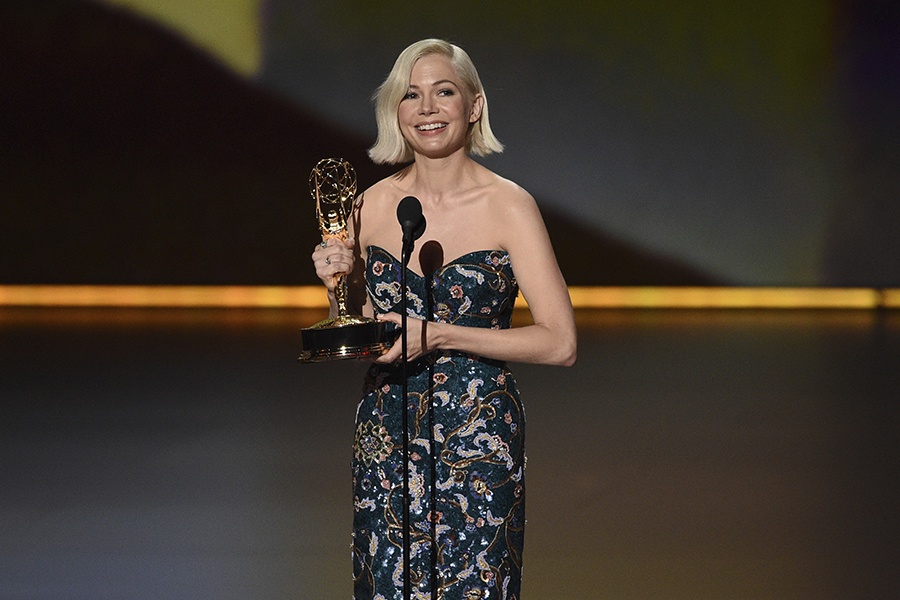 For those of you who didn’t spend three hours of your Sunday watching the Emmys, there were a lot of odd choices, including anemic commentary from an offstage announcer, and entire casts presenting awards together. But on the bright side, this dull backdrop made the best moments of the evening (see: Billy Porter’s hat) even shinier. The video that’s making the rounds this morning? Michelle Williams’ acceptance speech. When the Fosse/Verdon star won outstanding lead actress in a limited series, she delivered an eloquent and moving call for pay equity that was—wait a second—maybe the acceptance speech version of a scathing Mark Wahlberg subtweet? Let’s investigate.

In December 2017, director Ridley Scott earned accolades when he removed Kevin Spacey from his kidnapping drama All the Money in the World in the wake of a cascade of sexual misconduct stories about the actor. Scott re-assembled the film’s crew and cast—Williams, Wahlberg, and Christopher Plummer, who took on Spacey’s role—to reshoot key scenes in time for the film’s Christmas Day release. For the 10 days of reshoots, Williams and Wahlberg were paid a per diem of $80, just above union minimum.

At the time, Williams said she was so inspired by the production team’s determination to replace Spacey that she didn’t take issue with the measly pay or the fact that she had to miss spending Thanksgiving with her daughter to shoot. However, Wahlberg needed a little extra incentive. His team ultimately requested and received $1.5 million for the actor, which worked out to Williams being paid less than one-tenth of 1% of Wahlberg’s salary.

The scandal erupted in Hollywood, making Williams the face of pay parity in the industry. And when she went onstage Sunday night to accept her award, Williams seemed determined to demonstrate how different her experience working on Fosse/Verdon was.

“I want to say thank you so much to FX and to Fox 21 Studios for supporting me completely and for paying me equally,” she said. “The next time a woman—and especially a woman of color, because she stands to make 52 cents on the dollar compared to her white, male counterpart—tells you what she needs in order to do her job, listen to her. Believe her. Because one day she might stand in front of you and say thank you for allowing her to succeed because of her workplace environment and not in spite of it.”

D0es “white, male counterpart” = Marky Mark? If you weren’t sure at this point, Williams made the connection even more clear in a press room Q&A after her win. After a reporter asked specifically about All the Money in the World, Williams said her experience on set opened her eyes to the difficulty of achieving pay parity.

“It woke me up,” Williams said. “If it was this difficult for me, a white woman in a privileged industry, how difficult is it for women of color across all industries? So while tonight is a kind of fairy tale ending for me and for my own personal story, there really won’t be any satisfaction for me until the larger message is heard.”

Watch Williams’ full remarks on and offstage below.