What Boston’s Billionaires Are Doing About All of This

Robert Kraft dispatched the Patriots plane to China to bring back medical masks. So what are the rest of Massachusetts' uber-fortunate doing? 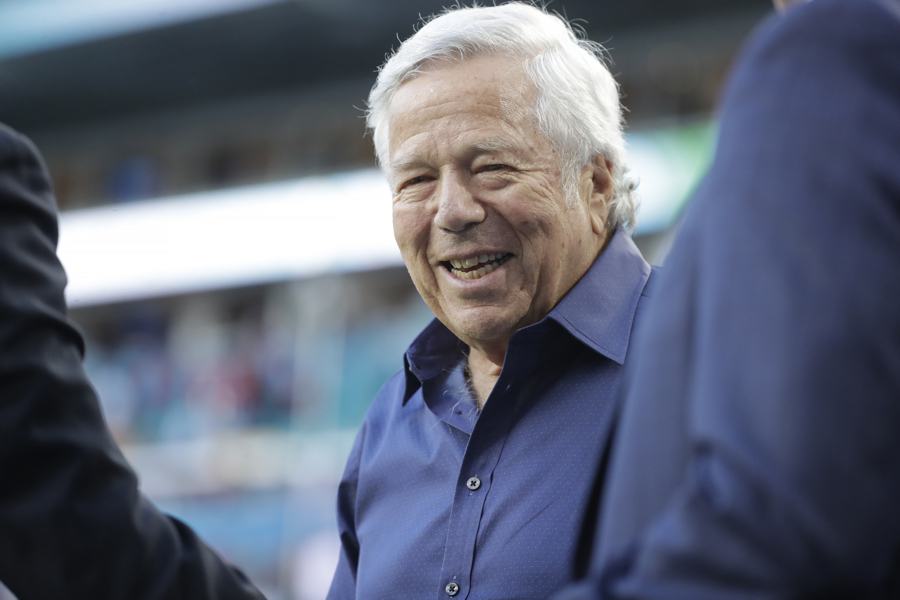 Much of this state has been dealt a devastating blow by this crisis. More than 300,000 are out of work, many can hardly make rent, if they can make rent at all, and those who are still reporting to work to pay their bills fear they are not being adequately protected from the deadly virus.

But there are those among us whose lot in life means that, while they may be as anxious as the rest of us about this outbreak, will never feel worry about feeding and sheltering their families, and who at this moment sit on a pile of wealth so large as to be almost unimaginable. Robert Kraft, who is worth an estimated $6.9 billion, is among them: Thanks to his largesse and his team’s gigantic jet, the state has been able to transport its order of lifesaving personal protective equipment from China. So what are the rest of the region’s uber-fortunate doing in this time of unprecedented need?

Here’s a list of some of Boston billionaires’ good deeds so far:

In addition to the Patriots Plane airlift of medical supplies, Kraft has already donated some $100,000 in food and supplies from his stadium, and committed to providing meals for veterans and military families.

The New Balance owner has committed $2 million in grants to Global Giving, No Kid Hungry, Groundwork Lawrence, the Good Shepherd Food Bank in Maine, and the St. Louis Area Foodbank, as well as the Boston Resiliency Fund.

Along with his charity, the Barr Foundation, Hostetter gave $1 million to the Boston Resiliency Fund.

His company Pegasystems is offering a free app that can be used to track COVID infection. He is also a big Mass General donor.

It’s unclear what steps he’s taken in the past few weeks, but last year he gave $200 million to Mass General, the largest gift in the hospital’s history.

So far he’s given $250,000 to the Boston Resiliency Fund from his family foundation, and $250,000 from the Red Sox Foundation. Like all other MLB owners, he committed $1 million to be made available to stadium staff, and later expanded the fund to $1.5 million and made previously excluded concessions workers eligible for the aid.

Koch’s Boston Beer Co. teamed up with radio personality Greg Hill and some well-known Boston chefs to launch a fundraiser for restaurant and bar workers who are off the job, with a goal of giving each a check for $1,000. It’s raised more than $500,000. It’s one of several Boston-area service and hospitality industry fundraisers going on right now.

The Berklee grad-turned billionaire car dealership mogul’s program Music Drives Us, which supports area musicians, is hosting a virtual talent show. He has also held a blood drive at his Ferrari dealership in Norwood.

As for the state’s other prominent car dealer, it’s not clear which coronavirus-specific steps Chambers has taken, but he’s been a deep-pocketed donor to area hospitals for years.