A turn-of-the-century Victorian gets a gracefully modern makeover. Tucked away on a leafy, unassuming street of brick apartment buildings and converted multifamily homes in Brookline, the 19th-century yellow Victorian had played host to countless slumber parties, team dinners, and family gatherings over the past 30 years. Yet its owners were still relative newcomers to their home’s history, which included a stint as a kosher boarding house for traveling salesmen in the early 1900s.

It wasn’t until the couple became empty nesters that they found a moment to catch their breath and consider a major renovation. They started small, hiring designer Lisa K. Tharp in 2008 to modernize their living room. “We had an initial business conversation,” the owner says of the first meeting with Tharp. “And I realized she got me right away.” Clockwise from top, the owners are as comfortable entertaining in the living room as they are watching the television (cleverly hidden in a custom cabinet); a bold Angela Adams runner graces the staircase; the family often gathers in the kitchen for special occasions. Photographs by Eric Roth. Styling by Tracy Parkinson.

Tharp found inspiration for the space in gems and minerals, choosing colors and textures that were “brilliant and surprising, as if one had cracked open a rock to discover a beautiful geode,” she says. “That seemed to embody my client’s personality—she’s bold and striking, yet entirely down to earth.” Looking to mirror the unique architectural details of the room in the furnishings, Tharp designed a window seat that runs the length of the bowed wall, and sourced furniture that echoed the curved glass windows: chairs from Victoria Hagan and Jonathan Adler, plus a custom round lacquer cocktail table with vintage hairpin legs. Even the “spectacles” pattern on the Landry & Arcari rug is true to the curve. “Lisa nailed it,” the owner says. “She’s incredibly intuitive.” So when it came time to give the rest of the 4,000-square-foot house a facelift a few years later, the couple naturally turned to Tharp. One thing they were adamant about: “A lot of these old homes have big entryways and small rooms that are difficult to live in,” the owner says, and “most people gut them. I didn’t want to do that.” Given the couples’ fondness for entertaining, Tharp’s challenge was to work with the existing floor plan and use design and furnishings to create flow and space without removing walls.

A year after the project’s completion, the six-bedroom, four-bathroom home is the opposite of hemmed in. By removing a round table in the foyer that simply collected junk mail, Tharp transformed the entryway into its own room (as opposed to just a transition area), hanging a silk Aqua Creations chandelier that casts a soft glow on the grass-cloth wallpaper and stripped oak paneling. On one side of the foyer is the living room, and on the other is the library (formerly the family’s dining room), with a ceiling done in warm copper, bronze, and gold-leaf treatment. Tharp convinced the owners to remove part of the wall beside the library’s fireplace, creating an interior window to match the glass doors on the other side of the hearth. These doors lead to a conservatory that the owners had imported from England and added to the home in 1992. They used it primarily as a greenhouse, but Tharp saw its potential as a space for entertaining. Taking inspiration from the original Dean & DeLuca in New York’s SoHo district, she added a restored vintage wicker set and George Nelson pendant lamps, and commissioned a new potting bench topped with Fireslate. For parties, the owners bring in tables and chairs to seat as many as 35 friends for dinner, complete with lots of candles and, occasionally, twinkling lights. In a nod to the owners’ love of boating, the dining room, which adjoins the library, feels subtly nautical. Hung from twine, the light fixture above the table resembles a ship’s smoke stack, and the tablecloth is made from burlap banded with silk. “It’s yacht meets club room,” says Tharp, who covered the walls with a soft midnight-blue wool fabric that the owner purchased many years ago with the hope of using it in her house someday. She finally got her wish. The owners love to entertain in their glass conservatory, which overlooks the street. Opposite, craftsman Norton DeAmorim built a custom potting bench topped with Fireslate. Photographs by Eric Roth. Styling by Tracy Parkinson.

“I like a little funk,” the owner explains. “I don’t take anything too seriously in my life, and I want my environment to project that as well…a certain unexpectedness.” Her iPad docking station in the living room, for instance, is a heavyset nude sculpture called the Venus of Cupertino.

Her favorite room is the kitchen, which she designed herself. Here, the couple hosts every holiday, and their extended family of 26 (plus friends) often gathers by the island as everyone cooks. “I love how the house looks, and I’m so comfortable in it,” the owner says. “All the rooms are being used to maximum potential because of Lisa. But I don’t get too attached to bricks and mortar. It’s what’s inside that counts: amazing family and friends.” A view of the conservatory from outside the home. Photograph by Eric Roth. Styling by Tracy Parkinson. 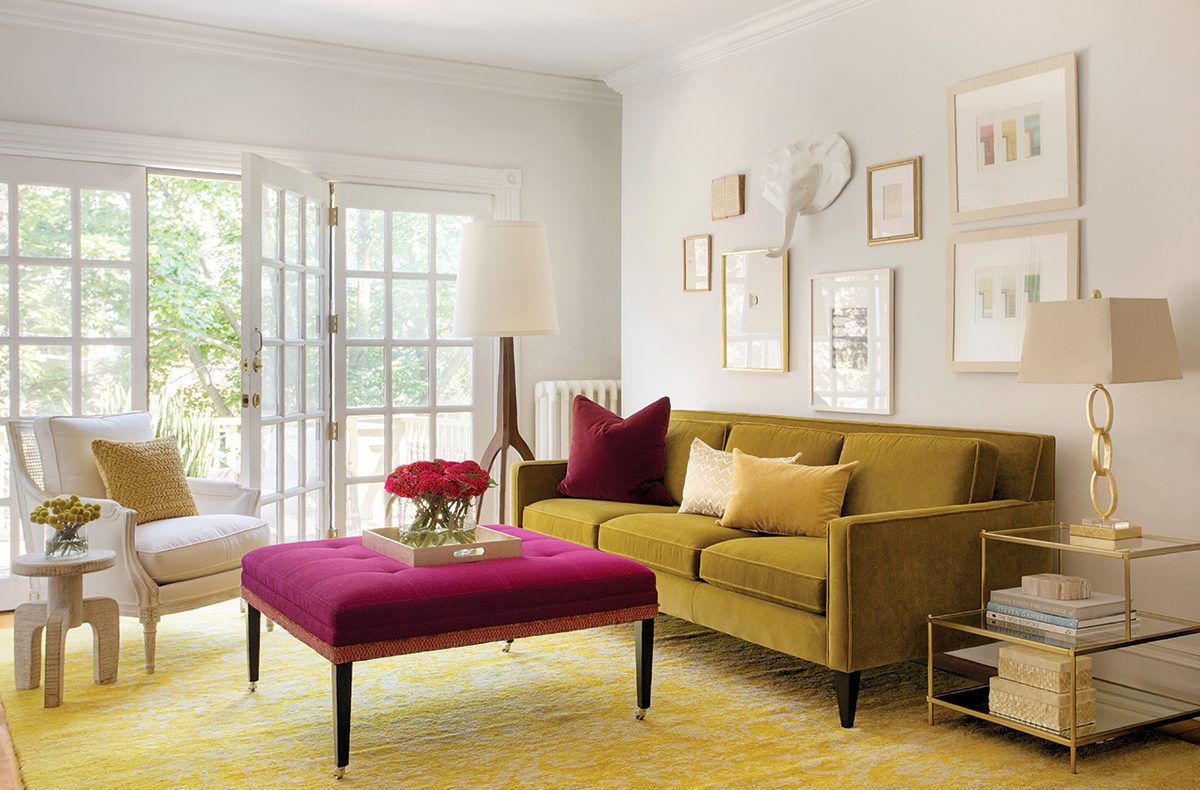 Where to Find Décor Inspired by This Home 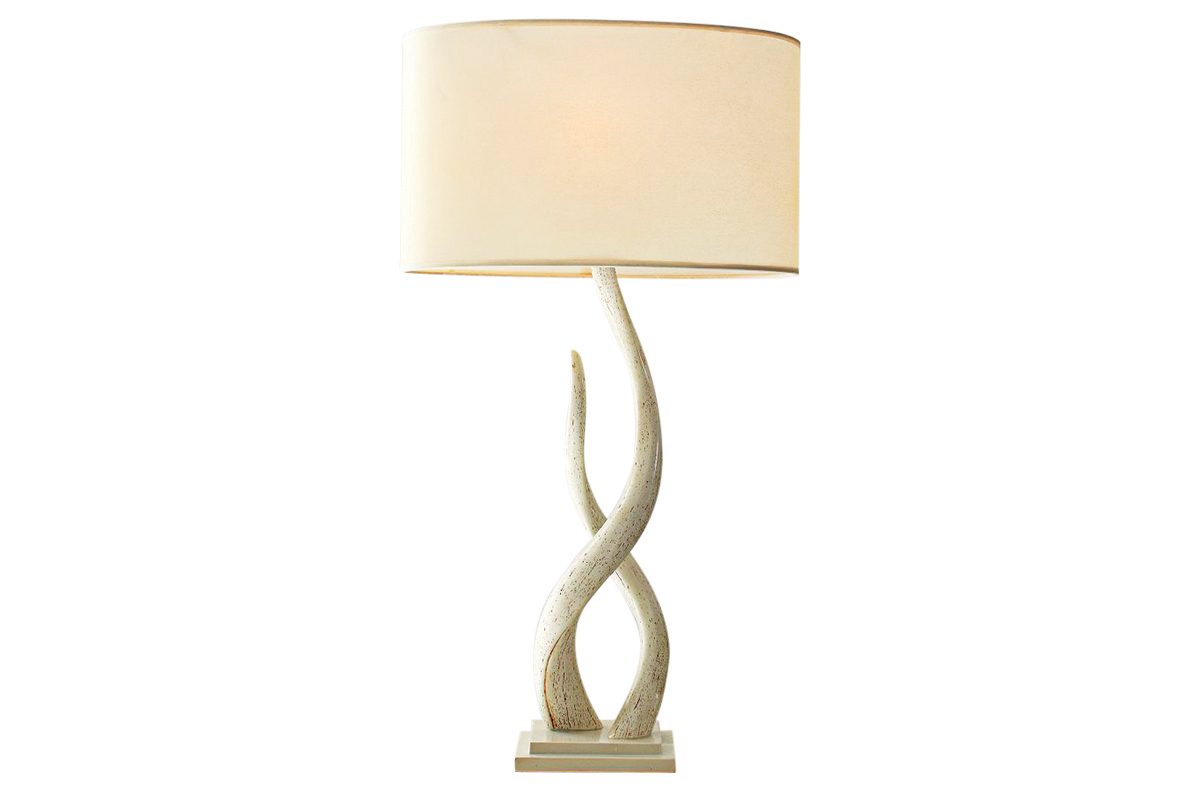 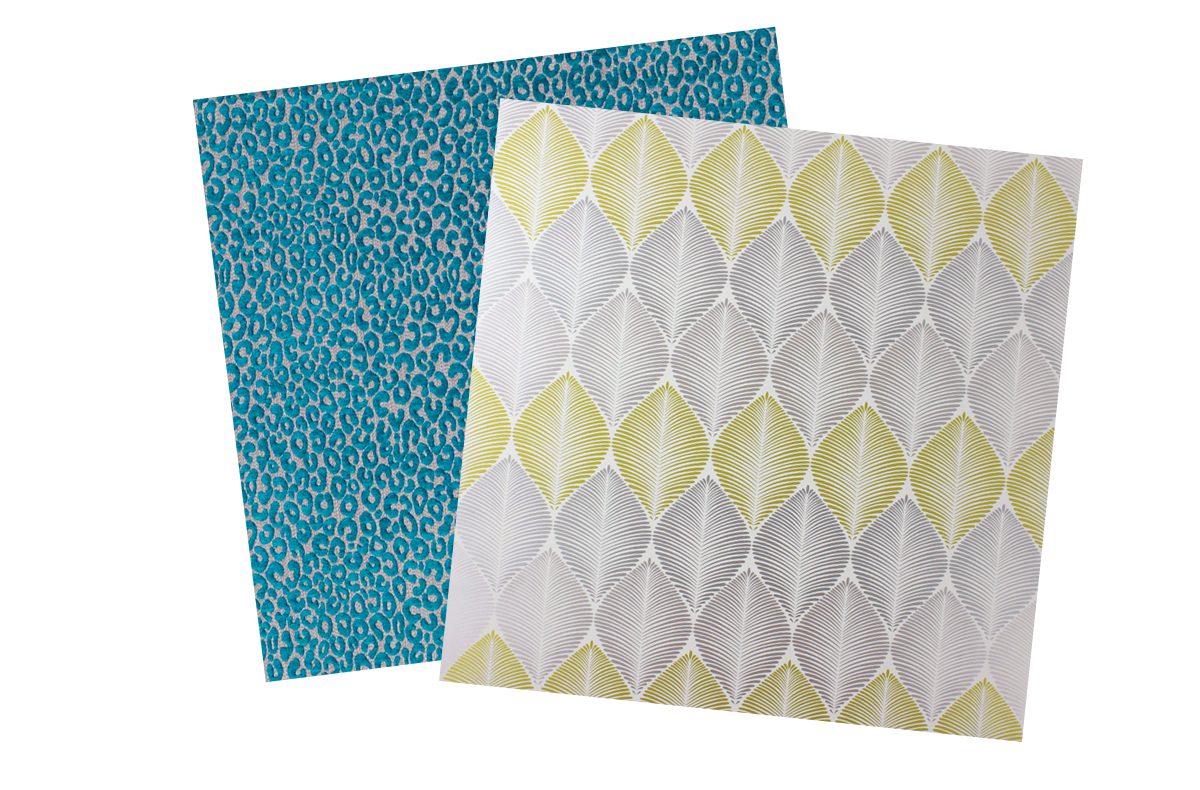 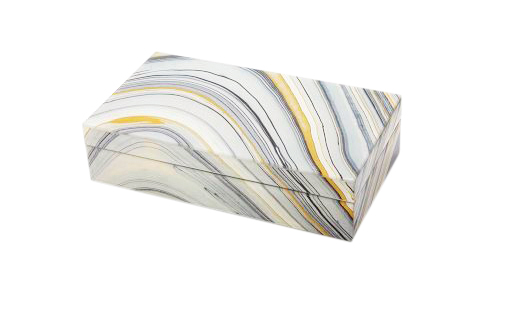 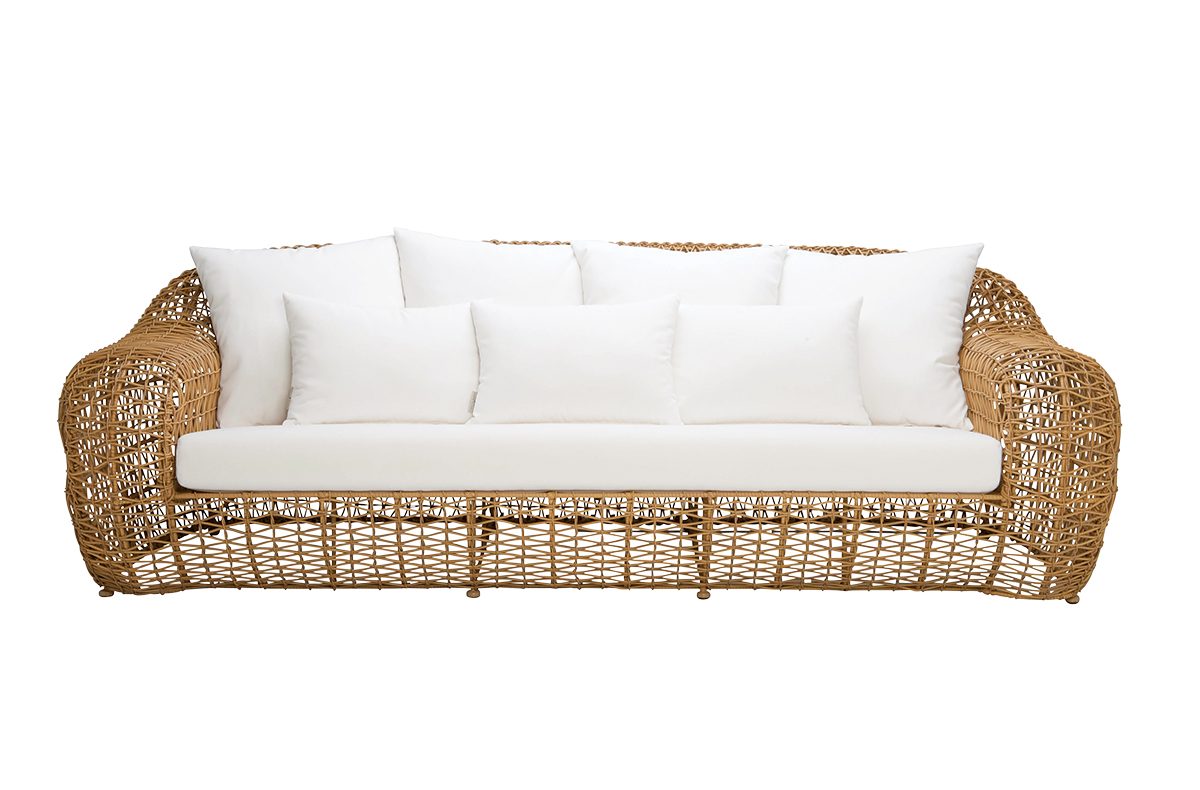 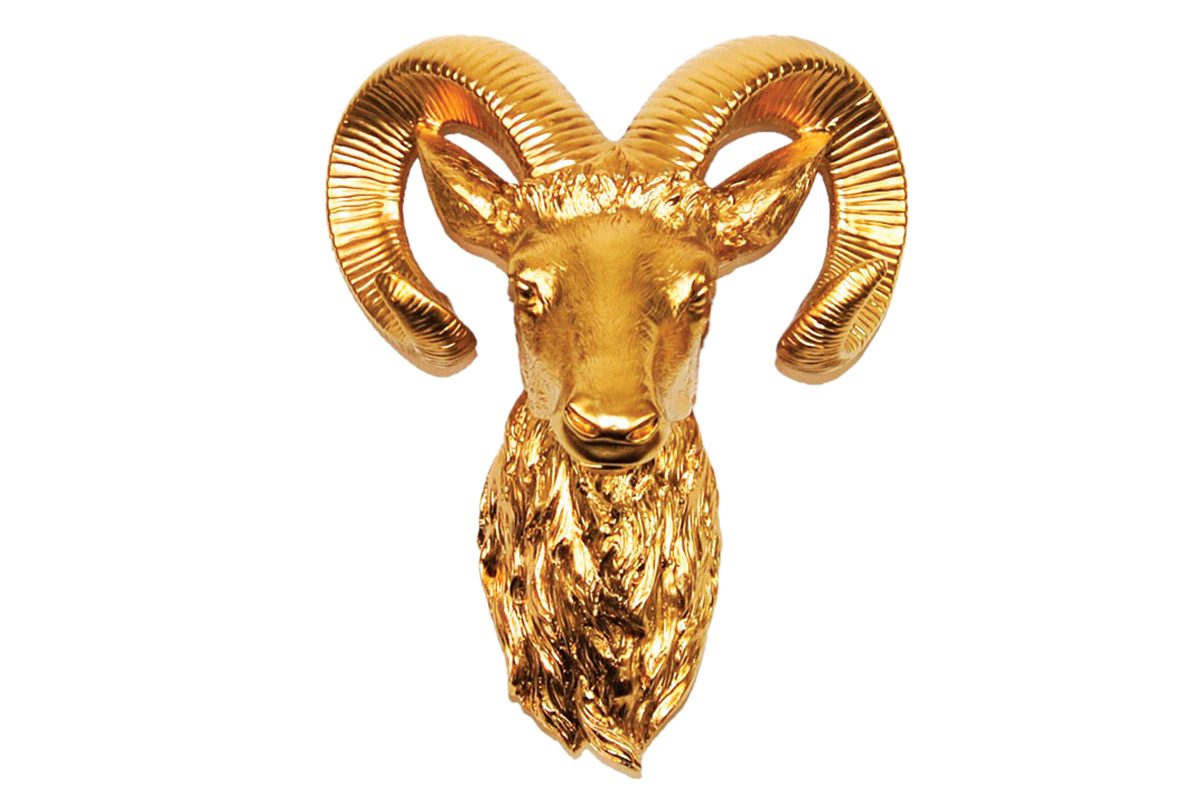