In this shared, female-friendly space, members can find beauty—and productivity—in the details. 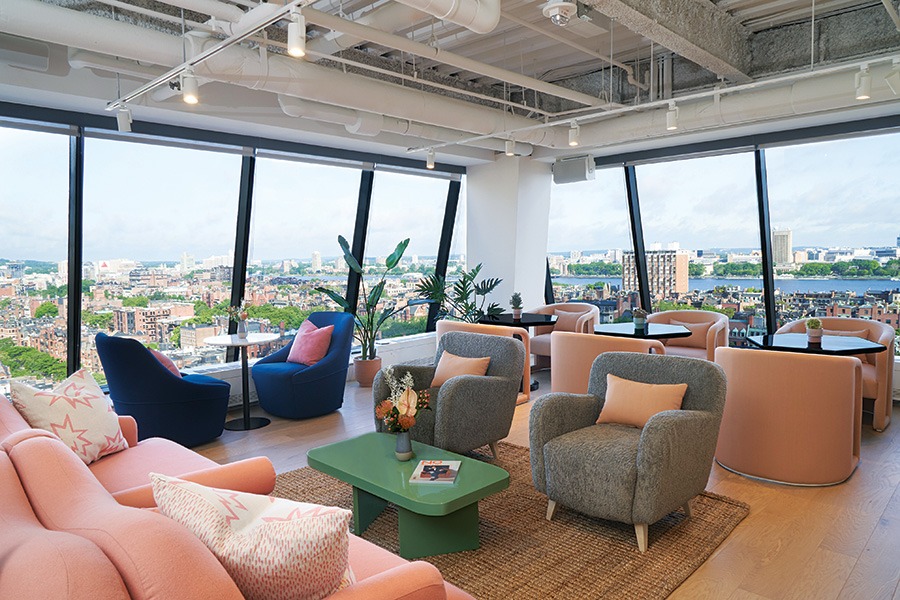 Once you enter the Wing, you’ll be hard-pressed to find a reason to leave. The female-focused work and community space, which opened a 10,500-square-foot location in the Back Bay earlier this year, offers just about everything you’d ever need: bathrooms stocked with Glossier and Chanel products, a café menu featuring dishes by top local chefs, and weekly events where you can meet like-minded professionals. Brought to life by the company’s all-female design team, thoughtful details (think: custom seat cushions that won’t stick to bare legs) only make the Wing more inviting. “It’s about giving women the amenities [they need to be] as productive as possible and surrounding them with beauty to keep them inspired,” senior interior designer Laetitia Gorra says. 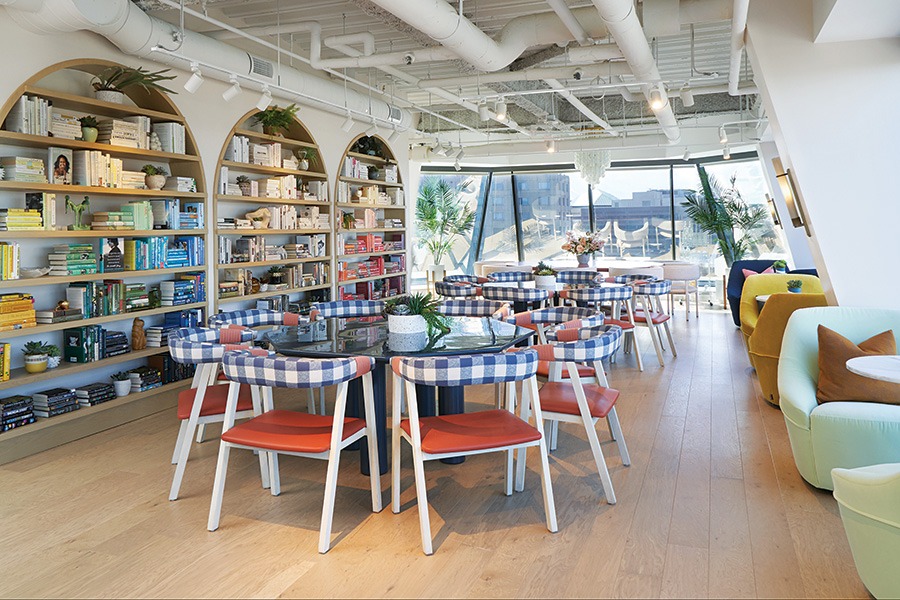 Arches connect passageways in all other Wing locations—New York, DC, and L.A., to name a few. But since the layout in Boston is more angular, Gorra chose to incorporate arches on the library wall instead. Selected in partnership with bookstores including Brookline Booksmith, more than 2,000 women-focused texts—each color-coded and digitized for convenience—line the shelves. 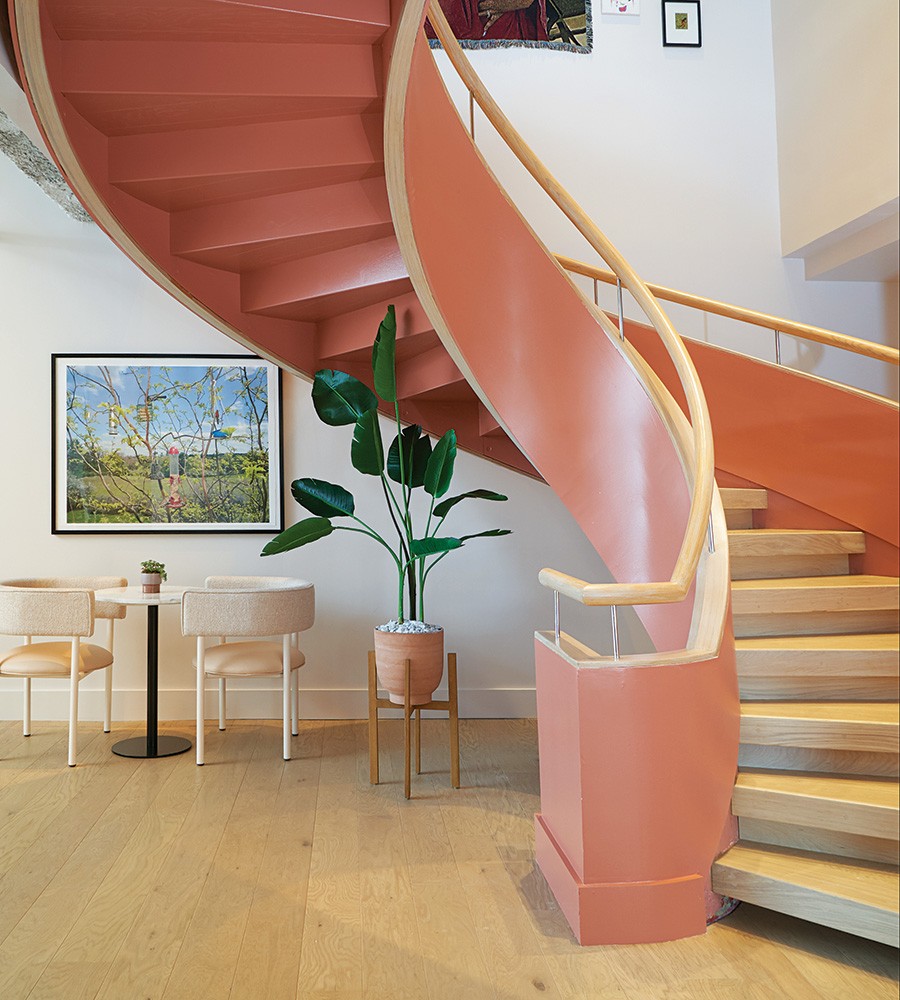 “The staircase was one of the only structural components that existed in the space when we got it,” Gorra says. “It’s such a beautiful feature, we knew we wanted to keep it.” To highlight the staircase, the team retreaded the steps with wood flooring and painted the sides and underside in Benjamin Moore’s high-gloss “Spiced Apple Cider”—one of the Wing’s signature colors. 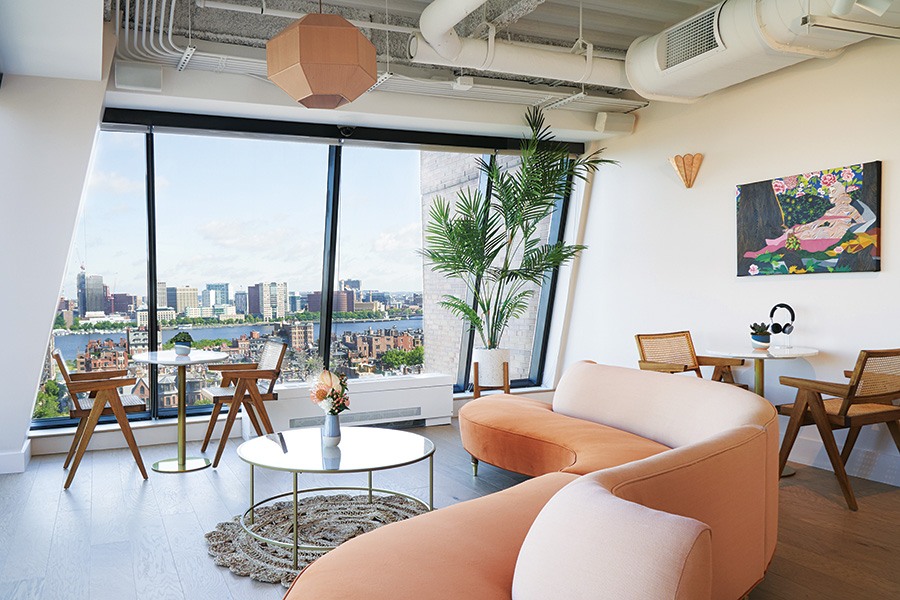 A twill-and-velvet sofa from 1stdibs faces floor-to-ceiling windows on the second floor to provide a “soothing environment,” Gorra says. An inch of filling was added to the sofa’s seat cushions to make them ergonomically fit for the average woman. “Typically, coworking spaces are designed with men in mind, so it’s been amazing to be able to create furniture [for] women,” Gorra says. 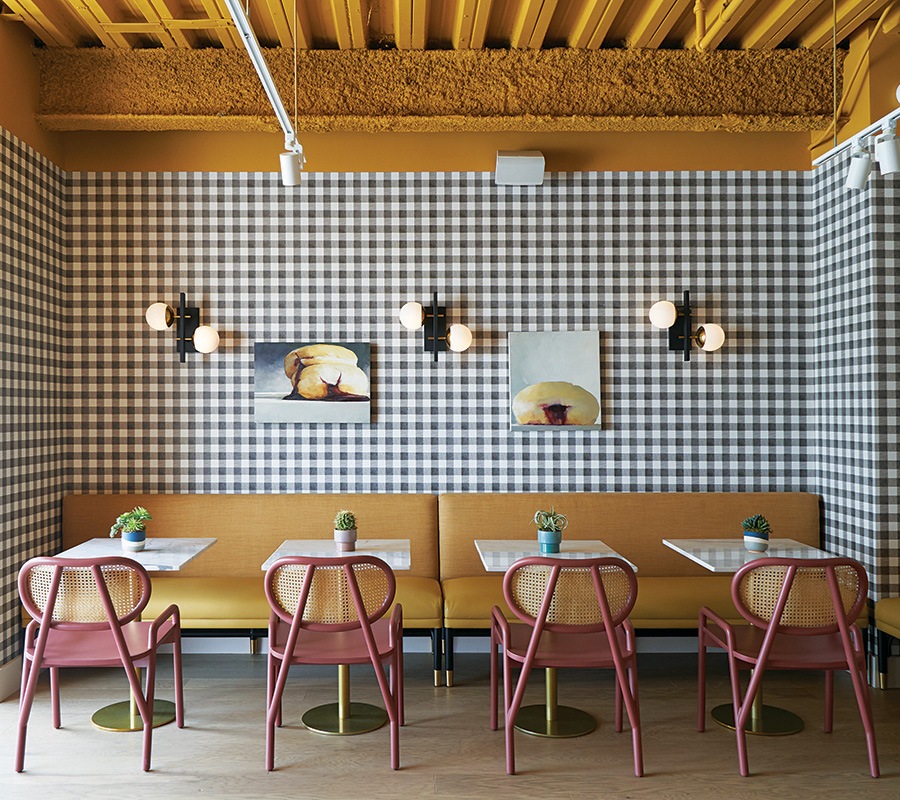 Gorra’s initial design inspiration came from nearby women’s universities. As an homage to collegiate décor, she introduced gingham throughout the space, including the wallcovering in the café. “I was nervous about doing black-and-white gingham with yellow ceilings—that could go very wrong,” Gorra says. “It’s so different from anything we’ve ever done but it fills the space well.”