What Will Happen to Boston Offices If We All Work from Home Forever?

While many companies have settled into a Zoom-fueled virtual office, a mass conversion to remote work could have a domino effect on Boston's entire commercial real estate market. 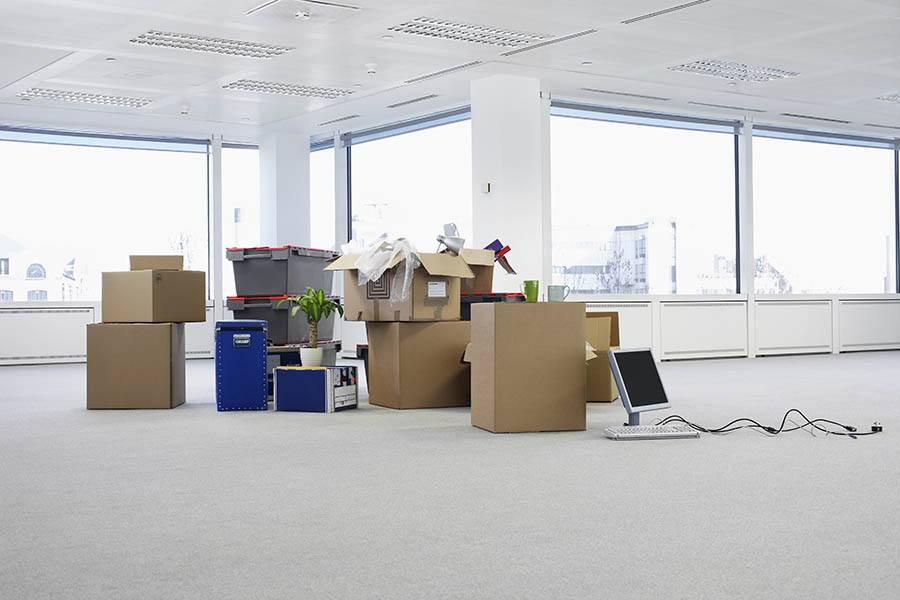 Let’s take a quick trip down memory lane: It’s a Wednesday afternoon, and you’re heading out of your open-concept office in downtown Boston to grab lunch with a group of coworkers. After waiting in line just a few inches behind the person in front of you, pushed close by the rest of the lunch break crowd, you take your sandwich from the hands of the employee at the fast casual joint. Then, you all huddle around a table, digging in and enjoying some un-facemask-muffled conversation.

But all that blissful mundanity is far in the rearview mirror of the metaphorical car we don’t have anywhere to drive anymore. While the Massachusetts safer-at-home advisory has done little to slow the residential market, commercial real estate has taken a bigger hit. Several local restaurants have already had to close for good, unemployment rates are as bad as they’ve been since the Great Depression, and retail giant J.C. Penney has declared bankruptcy. Moreover, Twitter and Square have announced that employees will have the option to work from home indefinitely, while Google and Facebook have said that staffers can work remotely through the end of 2020, and Amazon employees can continue operating from home well into the fall.

It all adds up to an extremely precarious future for commercial real estate. “Residential real estate is much better equipped to weather this pandemic,” says Elias Papadopoulos, broker owner of Brookline-based RE/MAX Unlimited. “With commercial real estate, there is a pause both with the property owners and property buyers, as they are each trying to figure out what is going to happen with COVID-19.” He describes a commercial listing for sale in Roxbury for $1.8 million, which he estimates previously would’ve sold in a weekend, but has now sat on the market for six weeks. “Unlike residential purchases where there are no restrictions on occupying the property you purchase, with commercial properties you may buy a building you can’t occupy yet because of the government ordered shutdown,” he explains. But now that select nonessential businesses are just beginning to open up according to Phase One of the governor’s plan, Papadopoulos predicts that we’ll see retail recover within the next six to 12 months— “even if some business closes down, others will take their place.” The one sector that he says “may suffer longer and may not recover” at all? Office space.

For the past few months, most of the white-collar workforce has transitioned to working from home. And though Boston offices will be allowed to start repopulating at 25 percent capacity on June 1, some companies are already deciding not to do so. Matt Dolan, a Marblehead-based broker with Sagan Harborside Sotheby’s International, says he’s already seen an influx of potential buyers looking to spend less money for more space up on the North Shore, now that they’re not tied to an office in the city and foresee long-term work-from-home flexibility. “Some buyers who were once constrained by the need to be close to the city are able to widen their geographical search. A lot of city dwellers have dreamed of moving up this way, but have been on the fence because of their commutes,” he says.

And it’s not just a question of convenience for employees—employers, too, have a lot to gain from eliminating the overhead of a sprawling office space. Consider this, says Caroline Ligotti, co-founder of Boston City Group and a Coldwell Banker agent: “Let’s say you’re an insurance company and you used to take up a full floor in a building, right? And now you see that many of your employees can work from home, and you maybe just need an office that fits three or four people.” These past few months have given companies the opportunity to “really take another look at what their needs are, and what they have to spend in order to accomplish that,” she says. “I think you’re going to see a lot of change in those venues, for offices big and small.”

Ligotti cites an office building that she recently had go under agreement in downtown Boston as an example of what the future holds for this kind of commercial property. Rather than using it as a workspace, the buyer plans to develop it into a residential building, adding additional floors onto the existing 12,000-square-foot structure. “They weren’t [going to keep it as an office space] to begin with, but especially with what just happened, that area of life is going to take a big hit. It already has,” she says, adding that investors will continue to buy up office buildings, but not without “another exit in mind”

That may be true in the short-term, says Eric Shabshelowitz, head of the commercial division at boutique real estate firm Cabot & Company, whose offices are located on Newbury Street. But ultimately, he says, “There’s too much value in work environments for the office to disappear.” He agrees with the distinction between offices and other types of commercial real estate—unlike restaurants and retail, who were ordered to close and largely rely on their brick-and-mortar spaces to make money, office employees were able to pick up their work and continue with business as usual from home. For that reason, he sees office buildings on a different, longer path. Now, and for the next several quarters, he expects remote work to remain prevalent, but in the following few years, he forecasts a shift back to in-person office normalcy—even if the new normal looks slightly different.

After all, it’s not like the office hasn’t evolved before, from imposing boardrooms and padded gray cubicles, to open layouts and hoteling. After a decade of a dwindling national average of square footage per employee, Shabshelowitz predicts that personal space to increase, both to aid in social distancing and to help employees feel comfortable returning to the office. “We’re really in a honeymoon phase with the work-from-home right now, but people’s setups aren’t always ideal,” he says, hinting at the non-ergonomic sofas and makeshift standing desks many are working from.

Beyond the more comfortable accommodations and tangible collaboration enabled by a physical office building, Shabshelowitz offers another compelling reason to return to offices: “The longer people work from home, the bigger the hit all the businesses downtown that rely on the daily influx of employees are going to take.” If employees stay home for too long, that trusty lunch break spot or cute retail shop that was once so ingrained in our office-going routines might not be there when we return, if ever. “As an industry, retail and office and residential real estate are all interconnected,” he says. 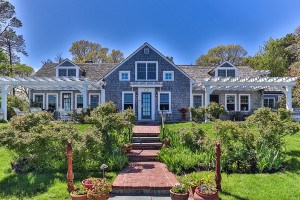 On the Market: A Waterfront Cape Cod Estate with Lush English Gardens