Big Night Entertainment and Live Nation are teaming up on a luxury music hall in the redeveloping West End.

When your favorite artist performs in Boston next year, you could enjoy the show from the comfort of a VIP table with bottle service: A luxury music venue called Big Night Live lands in early fall 2019, adjacent to the TD Garden. In a press release today, Big Night Entertainment Group shares more details about this previously reported music hall and nightclub headed for the development called Hub on Causeway. BNEG also announces plans for a Latin-inspired restaurant there called Poco Diablo.

Big Night Entertainment—led by brothers Ed and Joe Kane, and their business partner Randy Greenstein—is Boston’s premier nightlife group, behind a dozen Massachusetts clubs, restaurants, and bars including the Grand, Explorateur, Empire, Red Lantern, Scorpion Bar, and the new arcade bar, Versus. It also operates venues at Foxwoods and Patriot Place, and is developing a luxury nightclub and a sushi restaurant for the Encore Boston resort casino. As writer Tori Bedford noted in the October issue of Boston magazine, BNEG’s business model of attracting internationally known acts and charging premium prices is “explicitly exclusive.”

There’s not too much to report yet on the “Latin-inspired restaurant” headed for the Hub on Causeway, but Poco Diablo has claimed its space on the web and Instagram so you can stay in the loop about that project.

Both new venues are part of the Hub on Causeway, a joint venture from Delaware North and Boston Properties which is redeveloping more than 1.5 million square feet atop the site of the old Boston Garden. It’s bringing new mixed-use residential and hotel, retail, and office space to the West End, and also encompasses the $100 million expansion of the TD Garden. Those plans, and others, are also fueling area dining upgrades like Tom Schlesinger-Guidelli’s new restaurant, Alcove; a Night Shift brewpub and a Jack’s Abby taproom; and more.

“Live Nation and Big Night Entertainment have developed an exciting concept that only enhances what will surely be the top entertainment district within the city of Boston,” Delaware North’s local projects CEO Charlie Jacobs said about Big Night Live.

Both BNEG venues are slated for an early fall 2019 arrival. In the meantime, Big Night Live is also online and on Instagram. 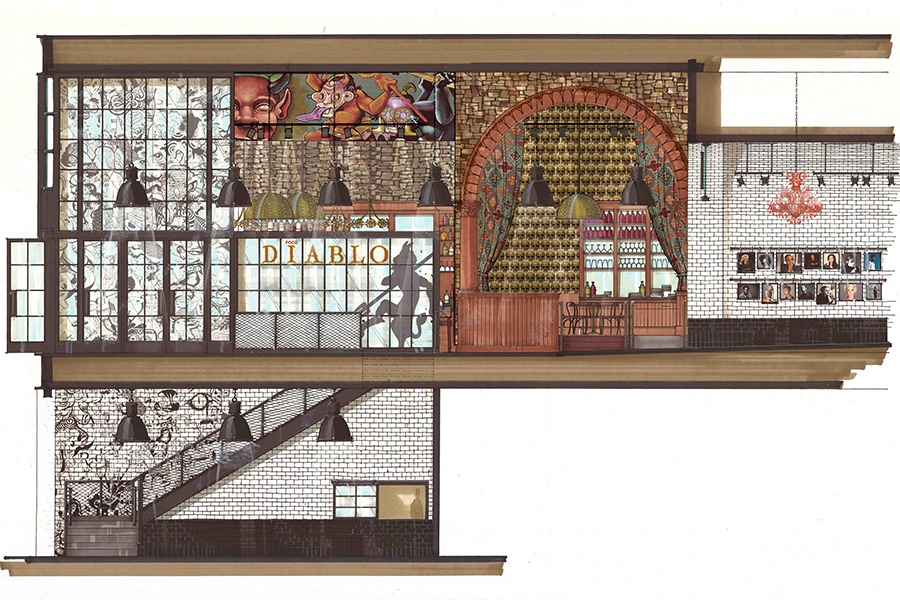