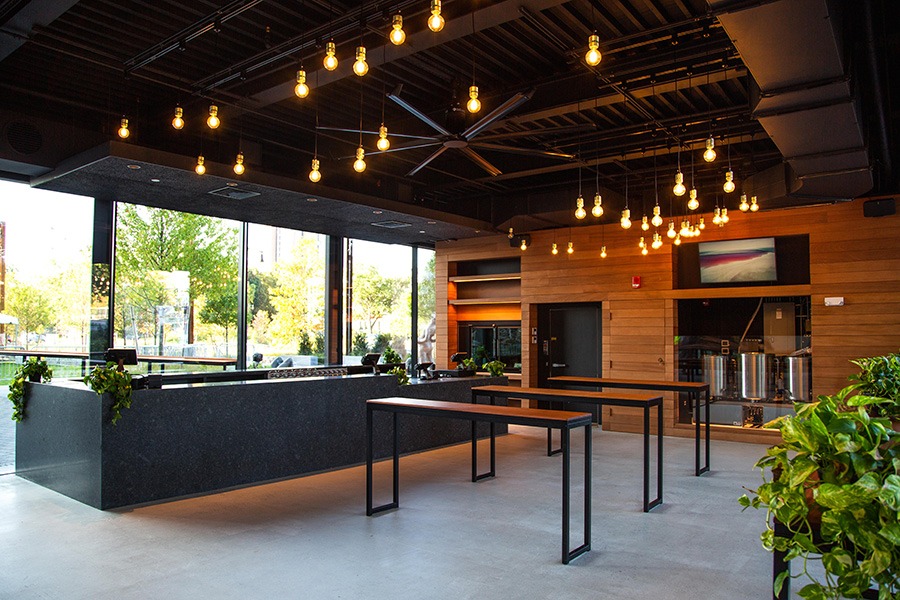 UPDATE, Oct. 23, 5 p.m.: At long last, Trillium Fenway starts pouring pints on Thursday, Oct. 24. On tap is Riverway IPA, the latest in Trillium’s Emerald Necklace series named in honor of the new location; plus Deciduous Double IPA, gluten-reduced IPA Galaxy Lock & Key, Niyok Imperial Stout, Helles Lager, and more. There will be packaged snacks for sale, as well as fresh cans and bottles to-go. In other Trillium news, the final day for this season of the Garden on the Greenway is (weather-permitting) this Sunday, October 27. Alongside some seasonally appropriate barrel-aged treats from Trillium and other draft beers, there will be stouts on tap from friends including J. Wakefield and Other Half breweries. Cheers!

Trillium Brewing Company awaits some final city sign-offs before it can welcome fans of Boston’s best brewery in for a pint at its highly anticipated taproom and nano brewery at 401 Park. It opens Saturday, October 5, for can sales; we’ll keep you posted for an imminent full opening date. In the meantime, we’ve got an early look at the cool new space.

Besides giving us even more access to Trillium brews, the Fenway-side opening is also a particularly special “home run” for founders JC and Esther Tetreault. It’s a return to the neighborhood where the now-married couple first felt at home: They met 15 years ago at a fitness club just a ball’s throw away from where they’re about to open their third year-round taproom. At the time, JC lived in Jamaica Plain and worked in Central Square, and he maintained a garden plot in the Fens. “I was always in the Fenway,” he says.

“It’s really symbolic for us,” Esther adds, to start “imagining what our lives would be [right there], and now we get build the next stage of Trillium here.”

The Fenway developer Samuels & Associates approached Trillium about the idea for the glass-enclosed taproom. Their team was familiar with Trillium’s seasonal beer garden on the Greenway in downtown Boston, and they were looking for a similar activation—to use the developer’s buzzword—for the newly renovated lawn in front of the Art Deco-era, one-time Sears building at 401 Park Drive.

“At the launch [of 401 Park], when the mayor spoke here about Samuels’ impact on the [Fenway] neighborhood, he referenced Trillium specifically,” Esther recalls. “Because it used to be that people came to Boston to go to school and then they left, or they did medical residency and then they left. But now people are staying here, and he used Trillium as an example of a reason for people to stay because we build community. This is a place that you can work in, you can live in, you can go to school. But then you can also hang out.”

A seasonal, outdoor patio on the side of the Fenway taproom abuts the 401 Park lawn, but on a typical day, Trillium beers will have to stay off the grass per the taproom’s alcohol license. Trillium beers must also remain separate from Time Out Market (though food from the hall can come into the taproom). But having a location right in the midst of all the excitement going on at 401 Park gives the brewing company plenty of opportunities to collaborate with its neighbors, Esther says, such as this past weekend’s Fenway Oktoberfest, which featured a Trillium beer garden on the lawn.

Fenway is six-year-old Trillium’s first construction project from the ground up. The 1,500-square foot box, designed by Boston’s Studio Troika, has steel-framed, ground-to-ceiling windows, which can slide open and nest into each other on nice-weather days, for a fully open-air experience. Greenery hanging throughout the space adds to the close-to-nature atmospherics. The taproom can accomodate about 95 people inside, and in season, an additional 150 on the patio.

Two service bars face inside and out, with 18, Modern Draught-installed draft lines, including several traditional, Czech-style side-pull taps designed for serving lagers, which are a relatively new focus for the Trillium brewing team.

In the Fenway, the draft list will feature Canton- and Fort Point-brewed beers ranging from signature IPAs and stouts, to sours, lagers, and other pilot brews. The space also has its own one-barrel brewing system, on which the Trillium brewing team will be able to experiment with small batches to create Fenway-exclusive brews. The taproom allows food from outside, and will also have locally sourced packaged snacks for sale. It will sell select retail merchandise, including cans to-go.

Can sales begin October 5, and continue daily from 11 a.m.-8 p.m. Stay tuned an official opening date for Trillium Fenway. Once it fully debuts, Fenway fans can get their beer Sunday-Wednesday from 11 a.m.-11 p.m., and Thursday-Saturday from 11 a.m.-midnight. 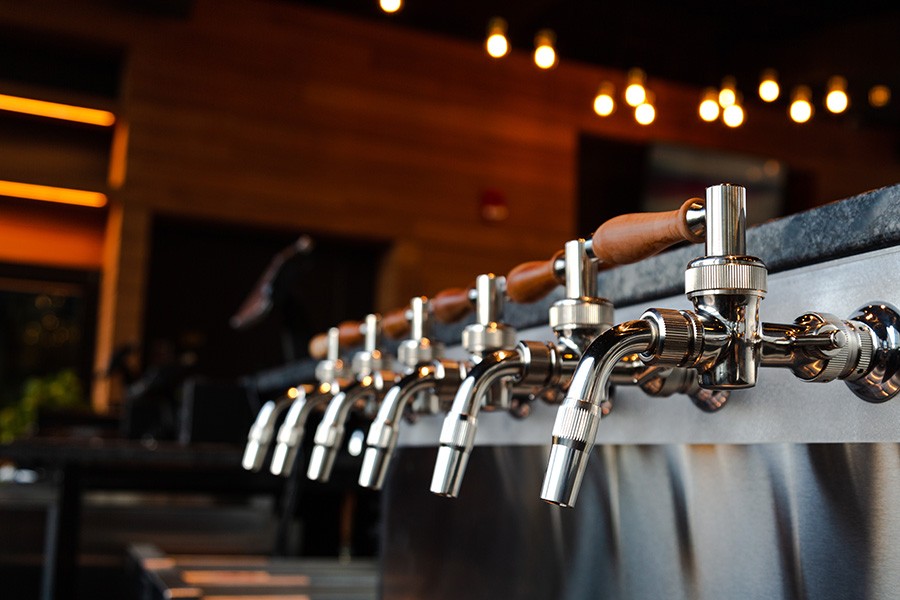 The sun-soaked taproom offers a look into the one-barrel brewhouse. / Photos courtesy of Trillium Brewing Co. 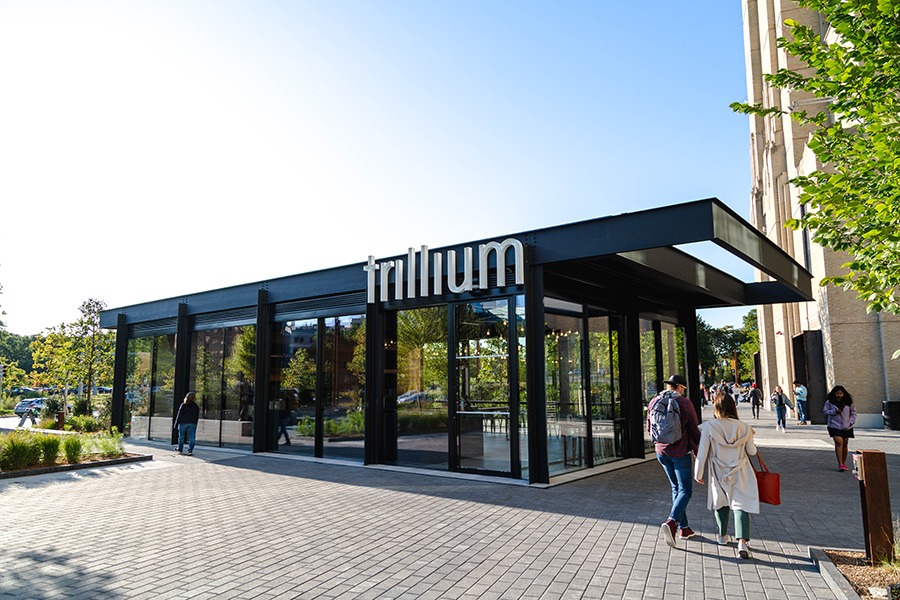 This post was updated Saturday, October 5, as Trillium opened for can sales.