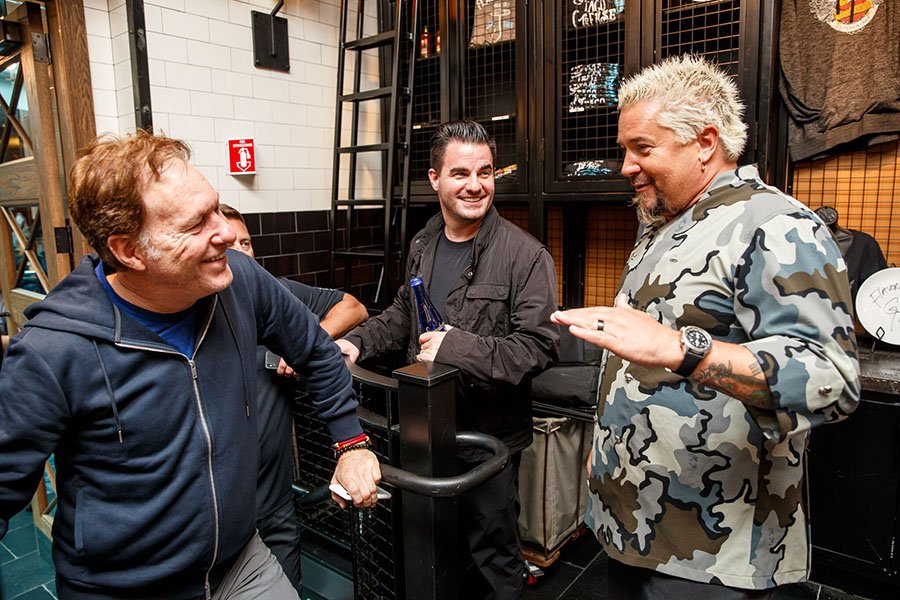 Out with California-French café cuisine—and in with Flavortown. Explorateur, an all-day café, restaurant and bar situated on the well-traveled corner of Tremont and Boylston streets, has closed to make way for two new Guy Fieri joints to open in Boston. Guy Fieri’s Boston Kitchen + Bar and Chicken Guy! will both open summer 2020 on the ground level of the Masonic Lodge in downtown Boston. It’s the latest partnership between Big Night Entertainment Group and the frosted-tipped figurehead, who also co-own Guy Fieri’s Tequila Cocina at the TD Garden, and Guy Fieri’s Foxwoods Kitchen + Bar.

The Boston-based Big Night debuted the sophisticated Cali-French café in August 2017, as something of a departure from the sexy sushi bars and A-list DJ booths they operate elsewhere around Boston. “Explorateur was my baby,” BNEG principal partner Ed Kane said today in a press release announcing the closure, adding that all of its employees will have the opportunity to take on new roles within BNEG.

Kane previously told Boston that Explorateur was in his mind for several years before it debuted in the grand, historic building on Boston Common. “I always thought Boston lacked that breakfast, lunch, dinner thing that you’d see in London or Paris,” he said. “I really wanted to do something that was just a little more sophisticated… The market has really grown. Like, Millennials really get international travel, and they really get dining and great food.”

Anyway. Now they get Guy Fieri. The Food Network star is bringing two new concepts to the Masonic Lodge footprint. The Boston Kitchen + Bar will put New England influences on the a signature menu from the Mayor of Flavortown. Expect a variety of burgers, wings, and shareable small plates—on the Foxwoods menu, there is shrimp with “dynamite” sauce, trash can nachos with SMC (super melty cheese), pastrami egg rolls, and more. It will serve both lunch and dinner, with a bar full of craft beer, and cocktails to match the bombast.

Chicken Guy! is a fast-casual concept Fieri has so far debuted in Disney Springs, Florida; the Maryland NFL stadium; and malls around Florida and California. It specializes in chicken tenders, brined in lemon, pickle juice, and buttermilk; then seasoned, and grilled or deep-fried. Choose among sandwiches, skewers, or salad bowls, with a selection of very Fieri sauces—22 choices on the menu—and sides like Chicken Guy Fries, Mac Daddy Mac ‘n Cheese, fried pickles, and slaw.

Explorateur officially shut down after service on Sunday, following a period of closing down on weeknights at 5 p.m. The impressive 2017 buildout yielded a café area, which housed a La Colombe coffee program; a fully accessible, raised dining room; a 19-seat bar plus high-top lounge seating; and a cool and cozy, 88-seat “library” lounge. The expansive space will undergo complete renovations to reopen summer 2020 as Guy Fieri’s Boston Kitchen + Bar and Chicken Guy! Stay tuned for more details. 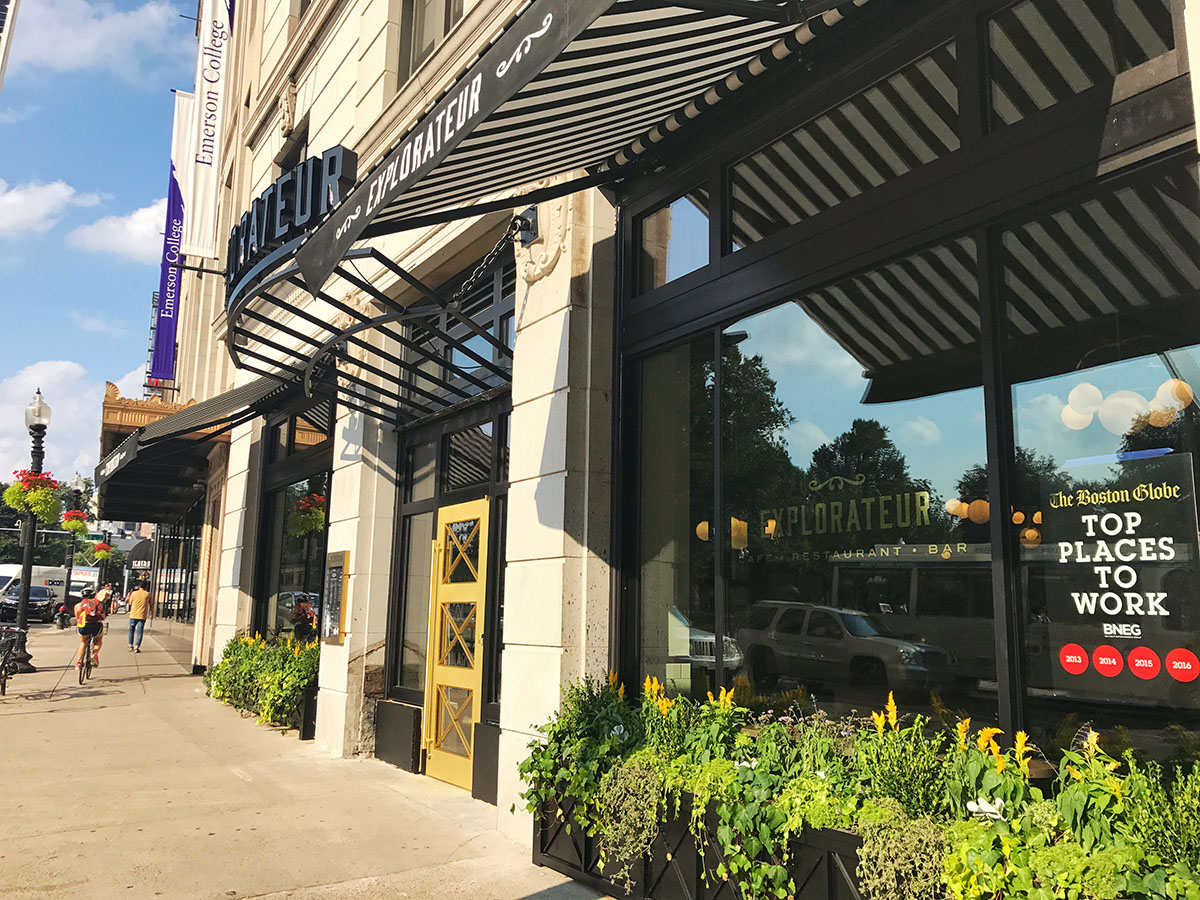 Correction: A previous version of this article said these new restaurants are headed for the “former” Masonic Lodge; in fact, the Masons are still there, doing their thing on the floors above the ground-level restaurants.