See Pretty Flowers and Adorable Details at This Willowdale Wedding

Which is cuter: this couple or their table numbers? 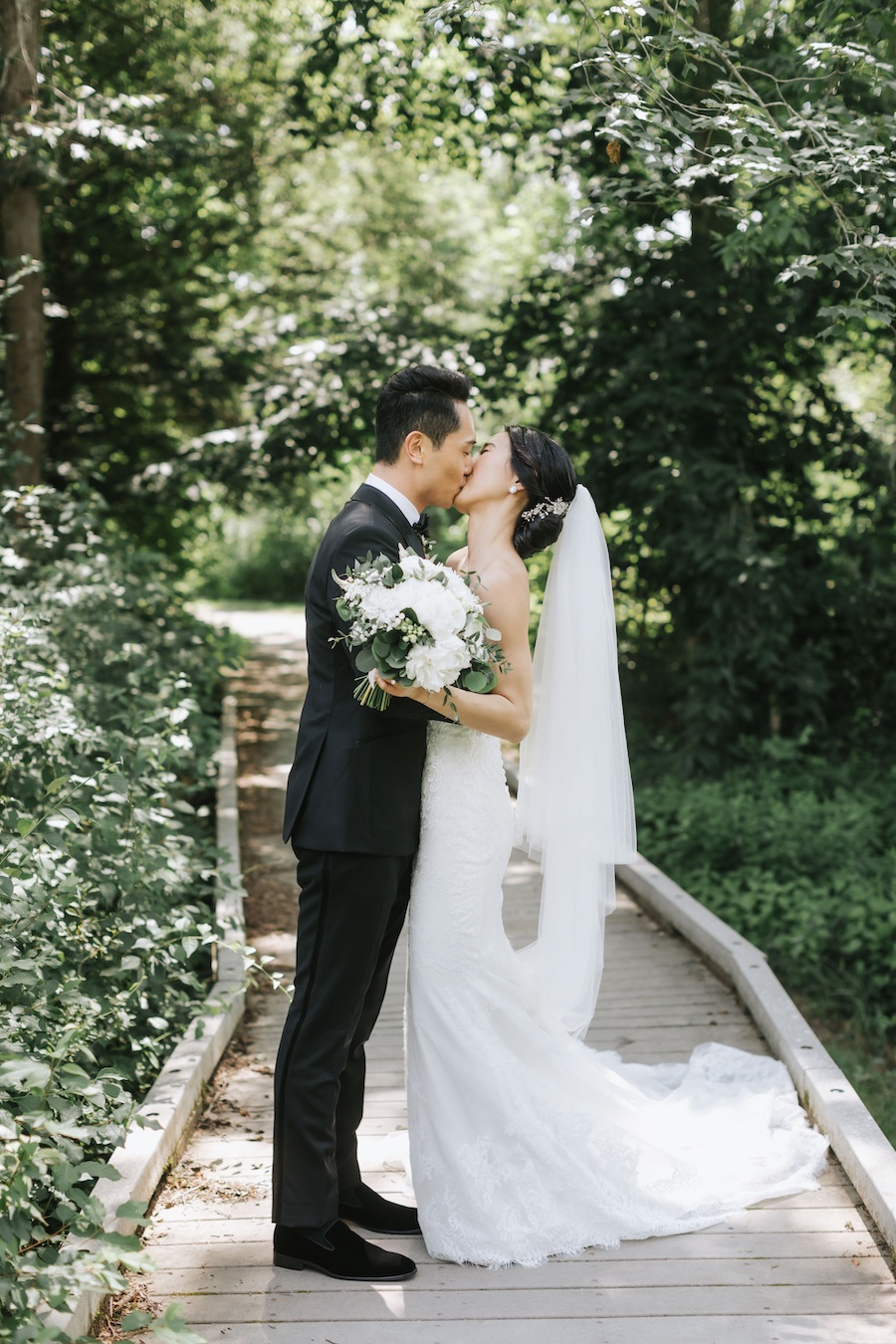 A decade before they got married, Erika Lee and Charles Ha were seniors in high school going on a double date near their home outside Washington D.C. They weren’t dating each other though: Erika was best friends with Charles’s then-girlfriend Joyce, and the two girls arranged the outing with their boyfriends. The occasion brought Erika and Charles together, but at the time, the two “definitely didn’t even think about dating each other,” Charles says. In fact, for the next several years, they hardly kept in touch. “We may have said ‘Hi’ or ‘Happy birthday’ to each other over Facebook or text,” Charles says. But that was it—until they both got accepted to an MBA program at Wharton in Philadelphia. They met up for dinner to reconnect before school started, and later fell into the same friend group as they got to know each other better. “That’s when [our relationship] really first started,” Charles explains.

After they graduated from business school, the couple moved to Boston. In fall 2018, they packed their bags for Acadia National Park for what Erika thought was a “friends’ trip to enjoy the  foliage,” she says.  Little did she realize her friends were only coming along because they knew Charles was going to propose. On the last day of their getaway, Charles and Erika were strolling around a lake when Charles suddenly got down on one knee. “I was so surprised,” Erika says.

The bride and groom knew they wanted to tie the knot outdoors and in the summertime, so they planned for a July wedding at Willowdale Estate in Topsfield. “The venue is really gorgeous, but it’s comfortable, too,” Erika explains. “It felt like it was the perfect [place] for friends and family to come and focus on what was happening in a really nice environment, [but not be too] focused on the environment itself,” Erika explains. To play up the venue’s natural beauty, the couple accentuated the ceremony and reception spaces with twinkling lights. White, coral, and pink floral arrangements, meanwhile, added to the relaxed yet elegant feel. “There were a couple of moments during the reception when I looked around and registered that I was seeing how all of our inspiration images and everything I’d been picturing actually turned out,” Erika says. “Seeing that be so beyond my expectations was so rewarding.” 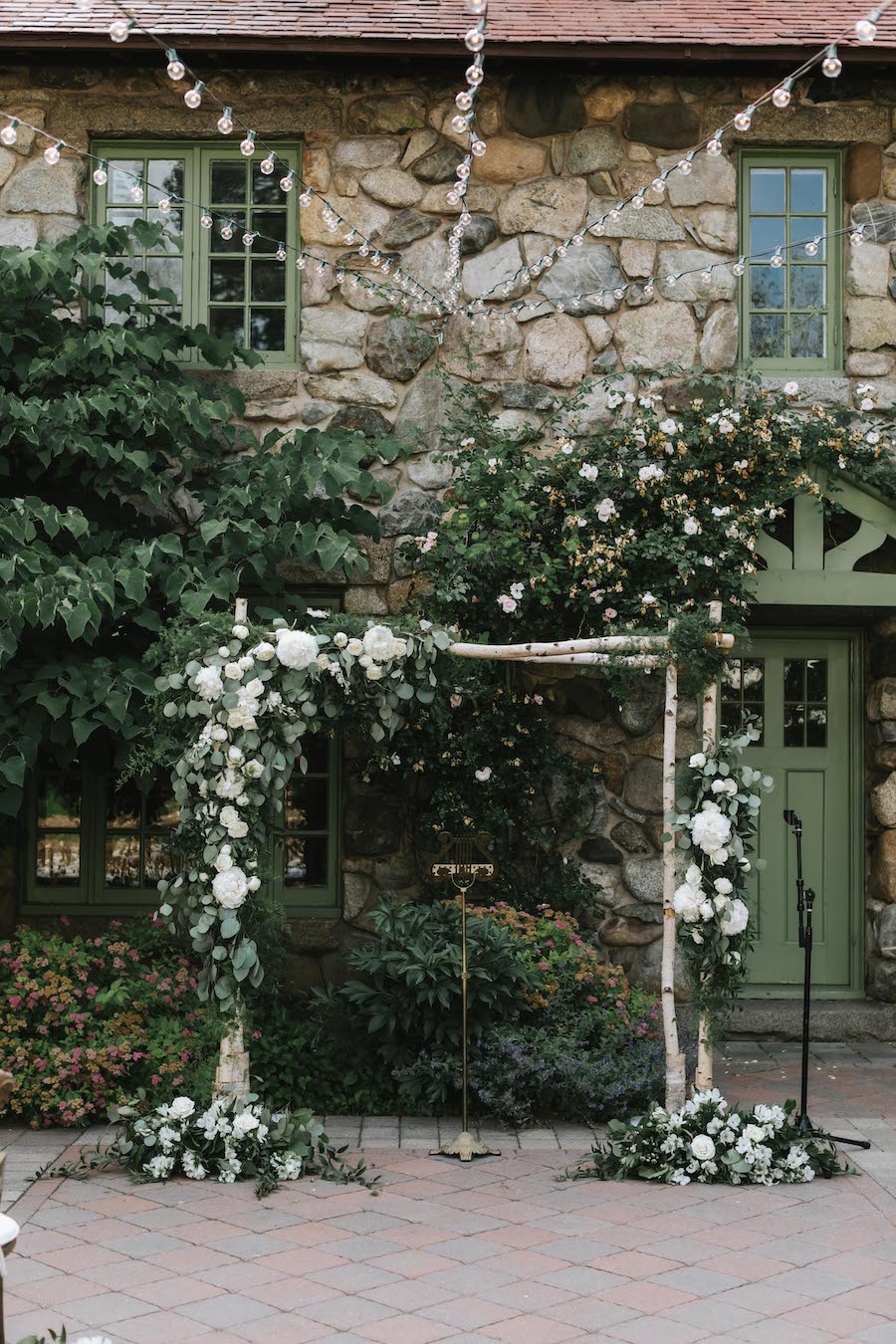 The couple struggled with choosing between all-white florals and arrangements with a mix of hues. So Karla Cassidy Designs created white bunches of peonies, garden roses, ranunculus, and greenery for the couple’s ceremony space, but incorporated pink and coral blooms into the installations under the reception tent. “We got the best of both worlds,” the bride says. 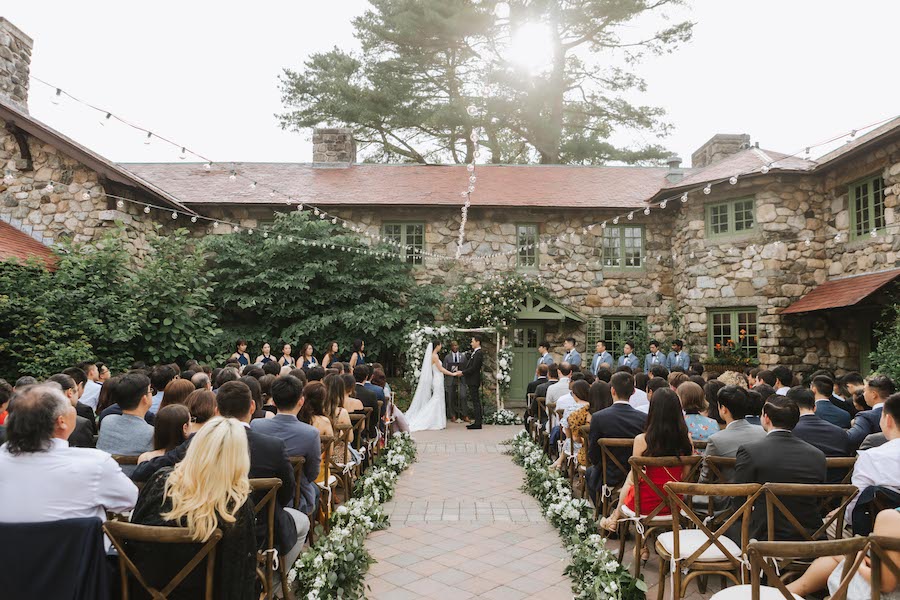 A few weeks after the couple got engaged, Charles asked their friend Remen to officiate the ceremony ceremony. “He met Erika first, but over time he and I grew very close independent of Erika,” Charles explains. “He’d never [officiated a wedding before] but he’s a well-spoken, good guy and did a fantastic job.” 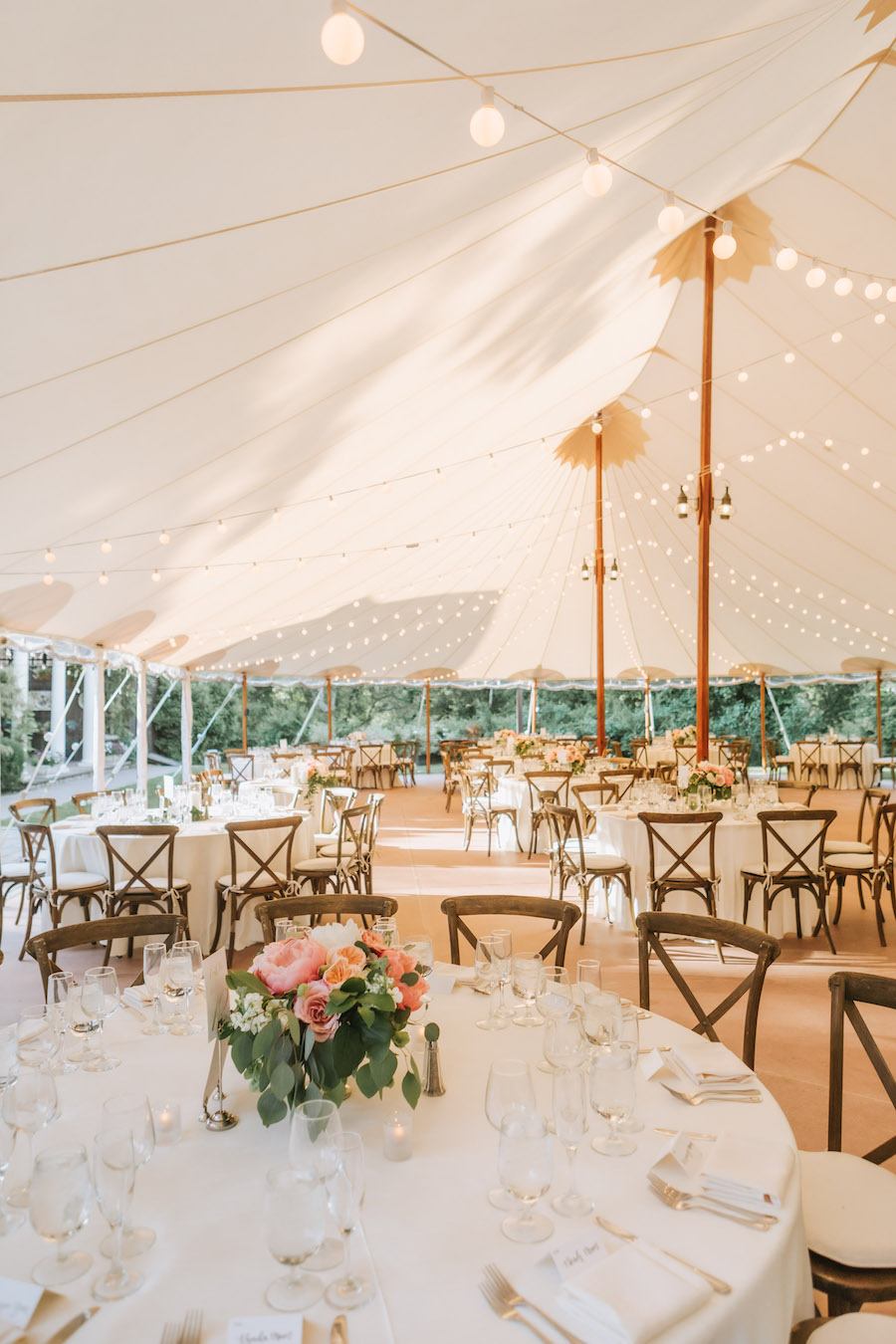 Bistro lights illuminated Charles and Erika’s reception tent. “A lot of the fun atmosphere under the tent was achieved through lighting,” Erika says. The duo also wanted their décor to have a bit of an elegant-rustic vibe, which informed their chair selection. 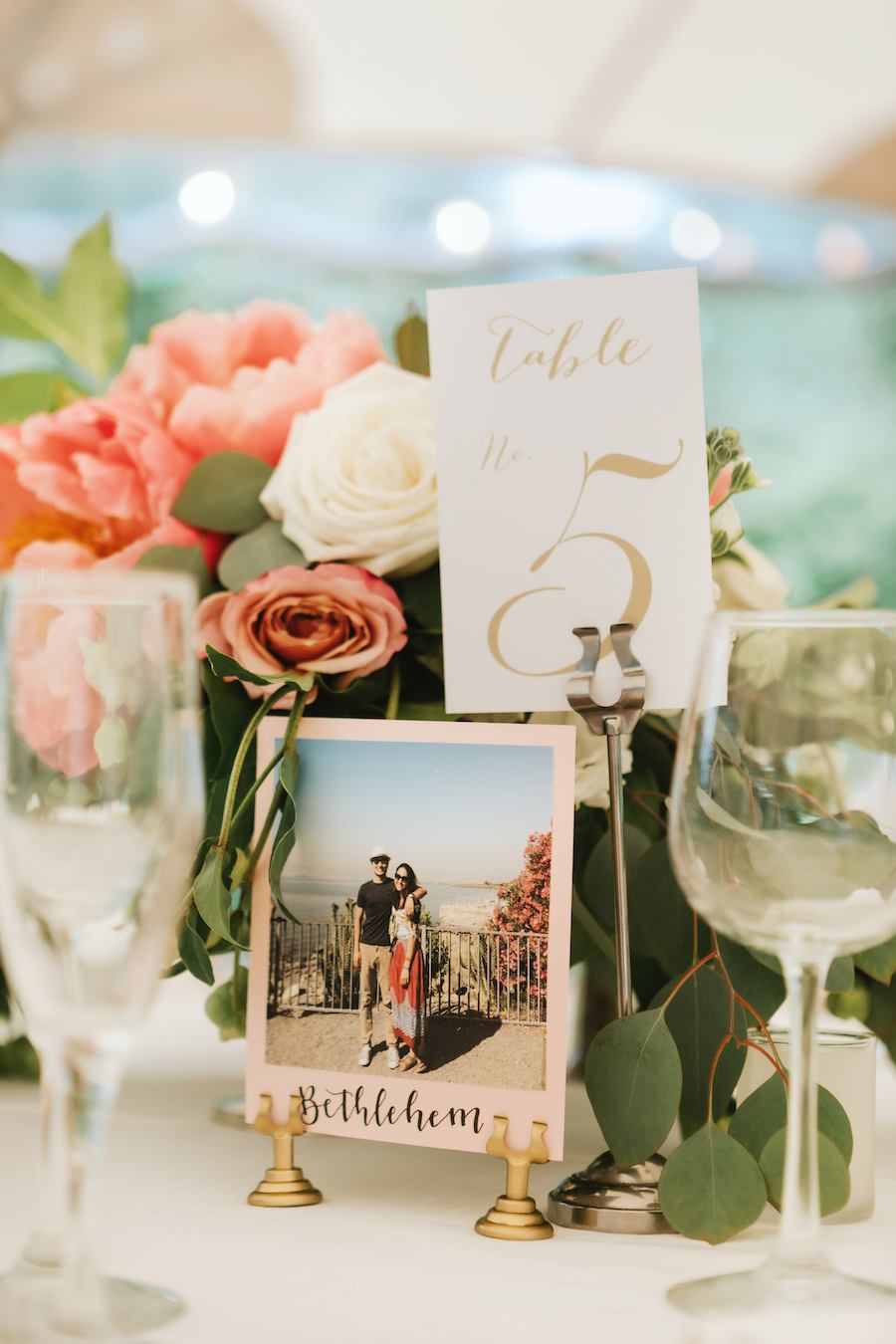 Charles’s younger sister calligraphed the couple’s reception table numbers, which were also accompanied by photos from the bride and groom’s travels. 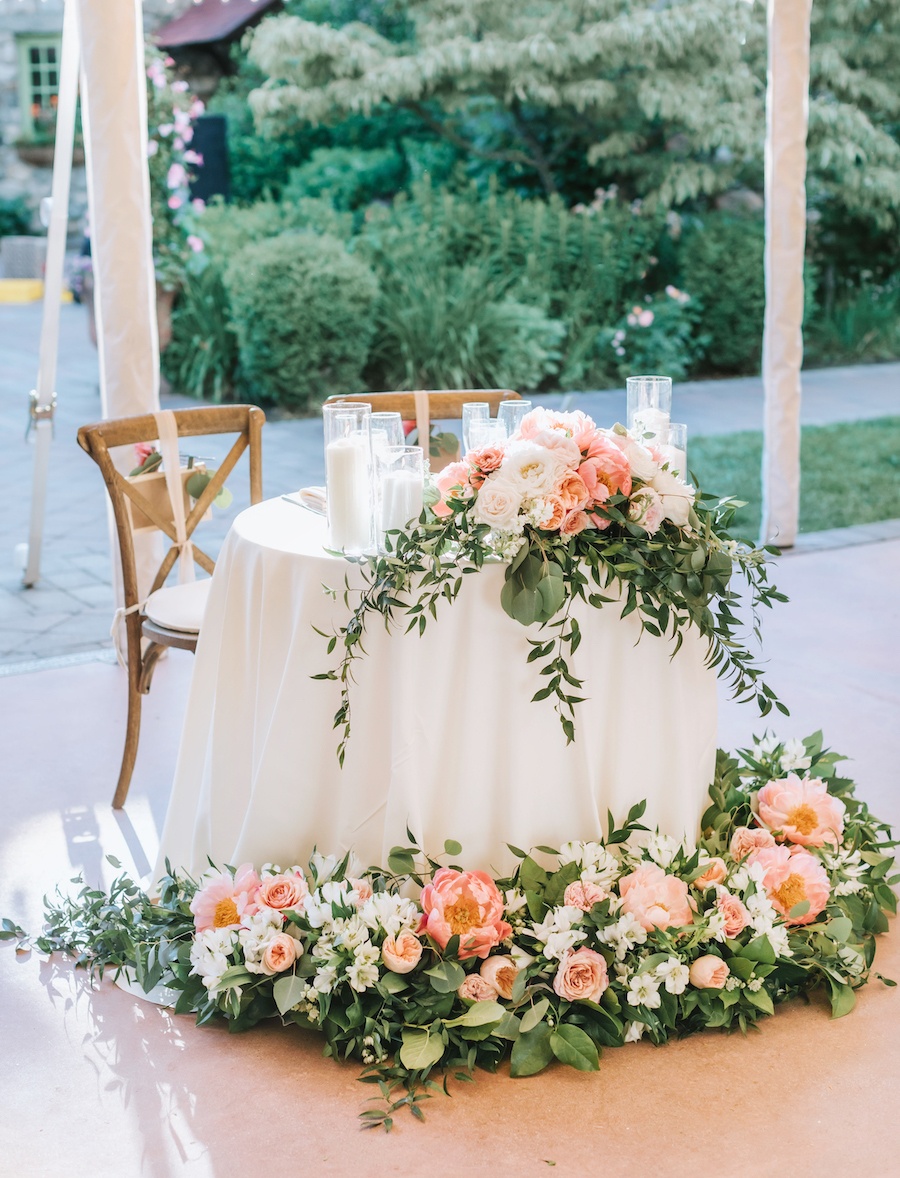 Choosing to sit at a sweetheart table rather than setting up a head table for their wedding party was an easy decision, the couple says. “Since a lot of our friends were traveling to Boston to come to the wedding, we knew
it was also going to serve as a reunion,” Erika says. “We felt like there were more natural groups that our guests would enjoy spending time in.” 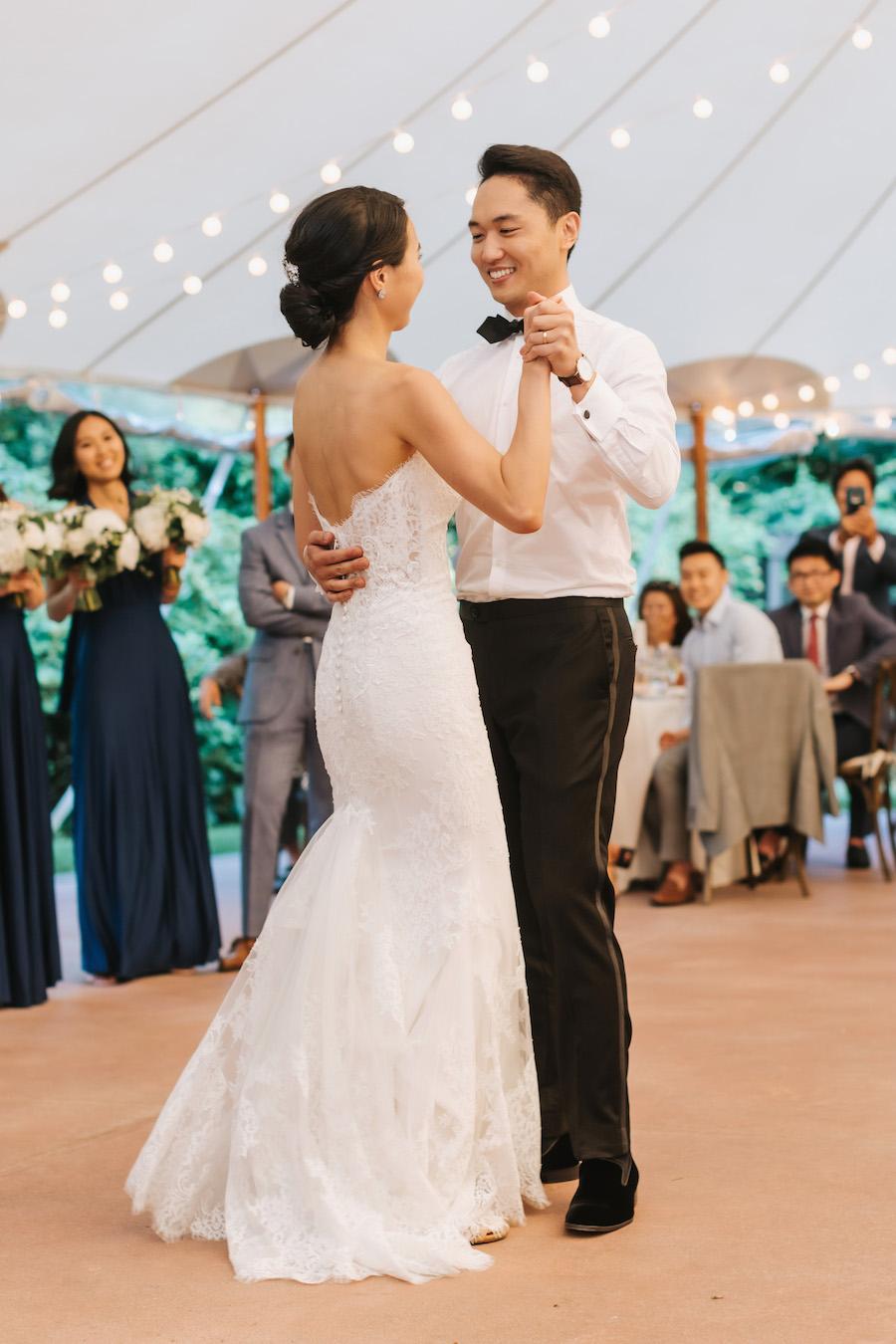 Erika and Charles had their first dance to “Perfect” by Ed Sheeran, chosen because the lyrics “were the right tone,” the bride says. To prepare for the dance ahead of their wedding day, the couple took two lessons. 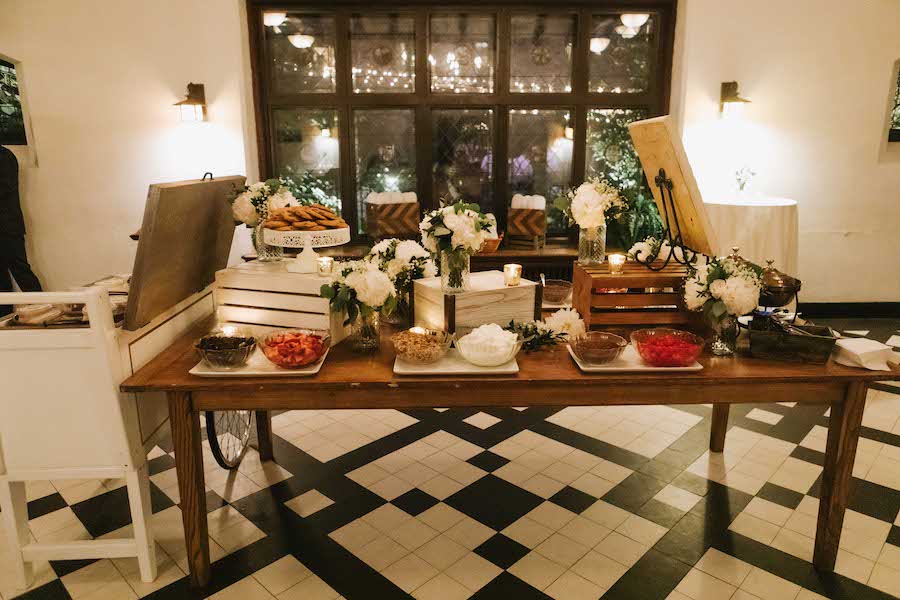 “Instead of doing a traditional cake, we decided to do a decked-out ice cream bar, which was an option that Willowdale offered, and it was super fun,” the groom says. The venue also provided guests with a spread of warm chocolate chip cookies.