Who Is the Sailor Peg in Dropkick Murphys’ “I’m Shipping Up to Boston?”

Frontman Ken Casey gives us the inside scoop. 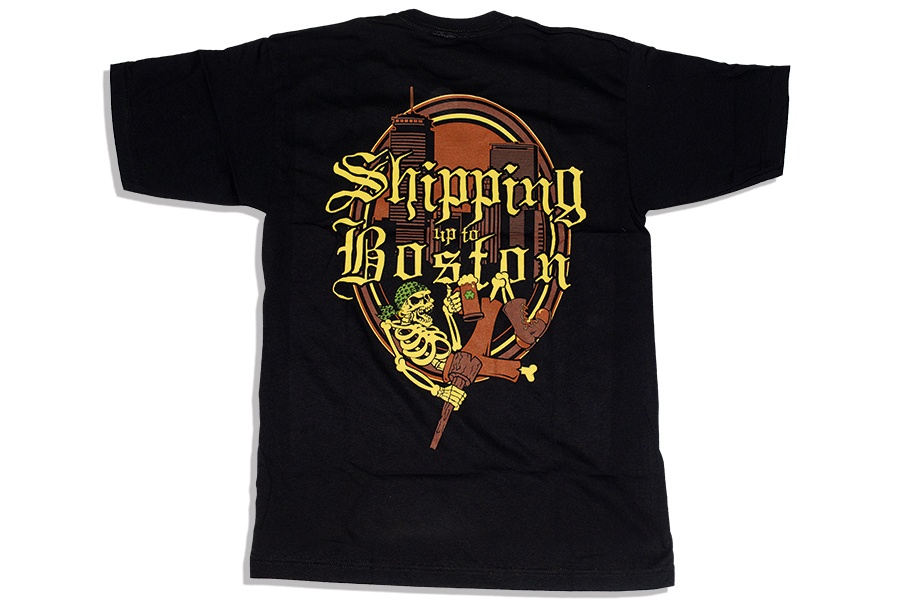 I’ve always liked the Dropkick Murphys song “I’m Shipping Up to Boston,” and I love that it’s pretty much become an official anthem for the city. But what’s the deal with the sailor who lost his leg? —J.T., Wilmington

“That is a great question,” says Dropkick Murphys frontman Ken Casey. Yes indeed, J.T., I went straight to the source on your behalf. But before I did that, I made sure to listen to our city’s badass anthem for the 1,000th-plus time—and as always, the familiar riffage of mandolin, accordion, and power chords made me break out my old scally cap and pogo around the Boston offices. Then I settled down and puzzled over the curious eight lines about a “sailor peg” who climbs the topsails and then hits the Hub to seek out his wooden leg.

The truth is, even Casey doesn’t know what those words mean, because they were penned by Woody Guthrie decades ago. Wanting to find a way to keep her father’s work relevant to a new generation of music fans, Guthrie’s daughter Nora started reaching out to rock bands in the 1990s and early aughts to tackle a massive lyrical trove that lacked music. That’s how Casey found himself clad in white gloves in a quiet, climate-controlled room, searching through reams of pages typed or handwritten by Guthrie himself in the artist’s archives. “The whole experience made the hair on the back of my head stand up,” Casey says. “I could’ve stayed in that room for a month.”

So what drew him to this cryptic snippet of lyric? “There were so many deep, serious songs,” Casey says. “When I stumbled upon this kind of funny song about Boston, it was so opposite of what I read all day.” Plus, it dovetailed perfectly with music the band had already been workshopping.

As for the meaning, Casey can only use his imagination. “Maybe in Scollay Square or something, [Guthrie] came across some sailors who were having a rough time,” he posits. “That’s what almost haunts his family with these songs. There wasn’t explanation on the page.” Whoever the “sailor peg” was, Nora’s dream of keeping her dad’s spirit alive was ultimately realized—after all, Casey and the band played “I’m Shipping Up to Boston” at Game 6 of the 2013 World Series. And this month anyone can mosh to Guthrie’s lyrics when the Dropkick Murphys perform at the House of Blues. If you go, and someone slams into you with reckless joy, praise be: It’s just me.