The Boston Fitness Scene Is about to Get Way Cooler

Boundary-pushing fitness pros clad in their Lululemon leggings and cut-offs are at it again. In a city that prides itself on technology and innovation, every industry seems to profit, and the wellness world is no exception. Below, you’ll find a few of the coolest gym updates, new class offerings, and state-of-the-art expansions coming soon to the Boston fitness scene.

Two themes at the forefront of these updates and changes are strength training and increased access to personal training, which are incredibly refreshing to see. In particular, more places are getting on board with semi-private (or small group) personal training. Meaning, if you can’t afford the luxury of one-on-one personal training, which in some places can put you back $240/session, you can instead join up with a group of 3-5 people and benefit from a coach’s undivided attention, and also the camaraderie of others to hold you accountable. We’re also seeing an increase in strength training options exclusively for women, which is totally rad, given the space has traditionally been dominated by men. The uptick in offerings encourages women to partake, once they see classes specifically designed for them.

Break out your gym bag, grab your lifting buddy, and check out these new places and offerings for yourself. 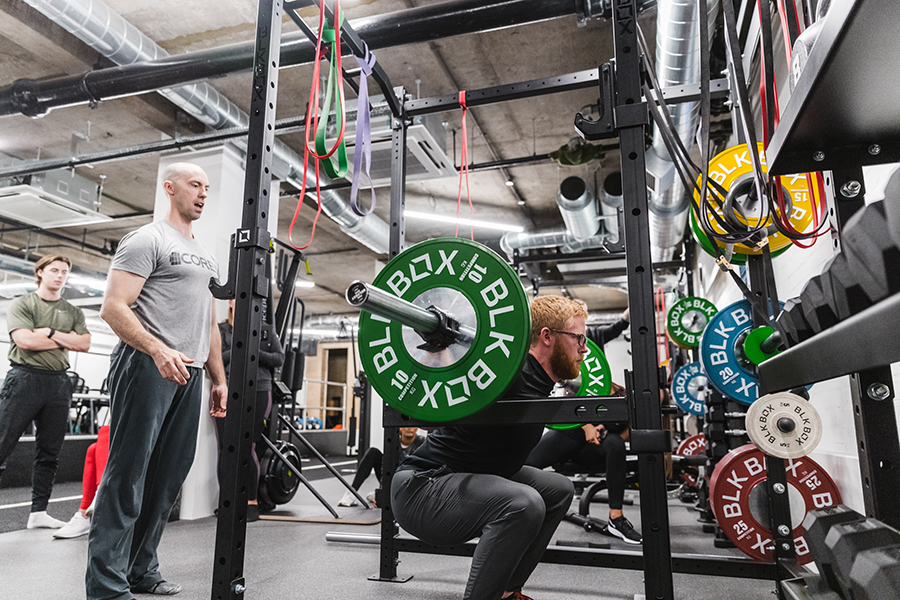 CORE is getting bigger and better, and becoming CORE Collective in Brookline

If you want to get super strong, just leave it to Tony Gentilcore. The strength training specialist and co-founder of Cressey Sports Performance in Hudson is taking his pocket-size studio in Brookline and upping its square-footage and offerings by moving into a nearly five times larger space in the neighborhood (fingers crossed, by early May). Under the name CORE Collective, Gentilcore tells me he’ll not only be able to take on more semi-private coaching clients, but also allow the other coaches who rent space from him the opportunity to grow their businesses as well—hence, a “collective” of coaches.

CORE will also be able to feature physical therapy and a chiropractic office. In addition, Lisa Lewis, a “strength-based, solution-focused psychologist” (and Gentilcore’s wife), will see clients and offer consultations from CORE. If you’re not convinced, maybe Gentilcore’s love for ’90s hip-hop, anything superhero-related, and his ability to coach you into what he would call a “diesel” deadlift may just get you through the door—because working out under those stipulations is anything but boring. tonygentilcore.com. 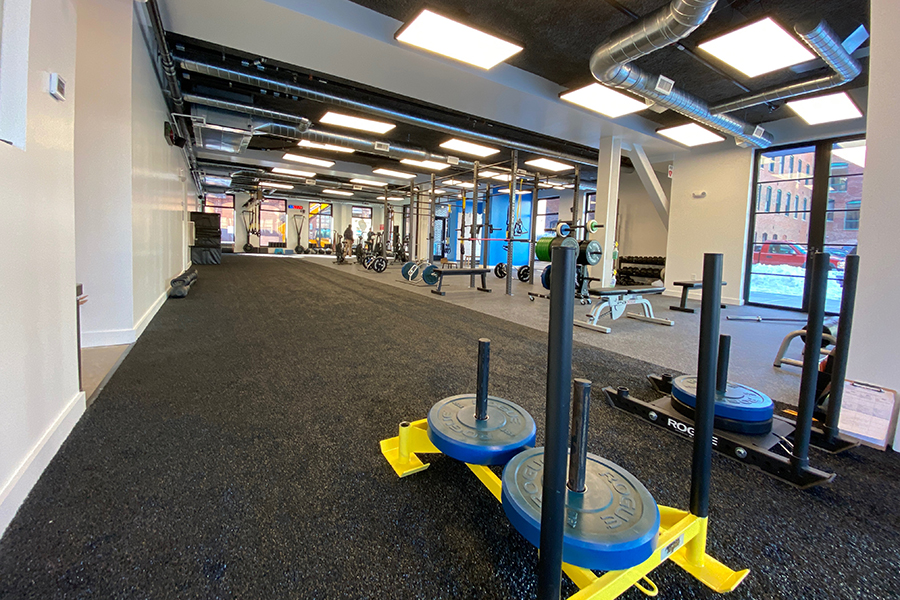 With a vision to “educate and empower the community to be independent in their health and fitness,” Ethos Fitness in the South End is moving into a bigger and better gym this weekend. Currently, the strength training-focused spot on Harrison Avenue serves the residents of the South End with group training, personal training, and semi-private coaching. Co-owner and head coach Jay Weedall says they’ve been looking for a new space for some time, and have been at full capacity for two years now, so the move down the block to Wareham Street is a welcome one.

The new digs will cap out at 3,200-square-feet with a 900-square-foot outdoor space. Weedall and the other co-owner of Ethos, Jess McCutcheon-Schour, say the idea is to offer more semi-private coaching and scale down on the one-on-one personal training. With the added space, they’ll be able to do just that. Plus, when it gets warm outside they’ll be able to utilize the outdoor area for large fundraising workouts to benefit the community. And as everything moves to more of a one-stop-shop, Ethos will be no different, offering a dedicated space to physical therapy and massages. ethosfit.com. 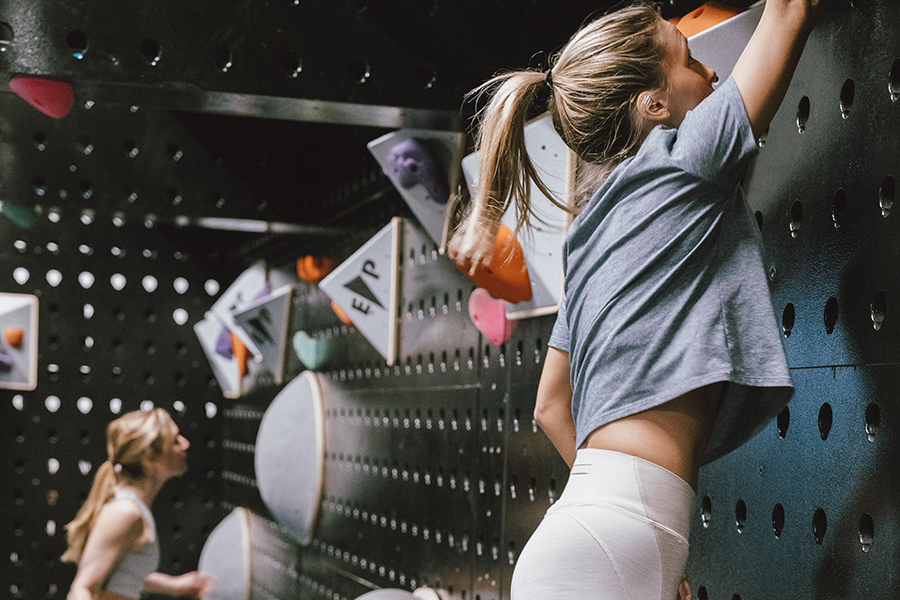 BKBX is rolling out a host of new class offerings

At the beginning of this month, BKBX‘s weekly schedule expanded from just 20 classes to over 40. An offshoot of Brooklyn Boulders, BKBX focuses on helping you prepare for your greatest outdoor adventures with group fitness classes geared towards developing skills like climbing, running, jumping, and reaction time. There’s even a massive bouldering wall for a class called CrossClimb that focuses on climbing as a complement to your training. Also new this year will be weekly vinyasa flow and Obstacle Course Race classes—if you’re preparing for an obstacle course race, like the Spartan or a Tough Mudder, this would be the ideal class to drop into to practice your rope climbs, ring swings, and more. bkbx.fit.

Okay, so maybe we just lost the first Boston cycling studio, Recycle, and we’ve been questioning whether or not spin will outlast new trends like indoor rowing—but Meaghan St. Marc, owner and founder of Rev’d, is nothing but optimistic about bringing her rendition to the city. When Copley Place put a feeler out for a fitness component inside the shopping mall destination, she was first to answer the call. Plus, as a Northeastern grad, she says she’s happy to be coming home. Rev’d has locations in Dedham, Foxboro, Burlington, Providence, and Hingham, and St. Marc says they’ve really mastered the suburbs—usually, studios start in the city and expand to the ‘burbs.

“We asked our riders where they work and where they like to ride, and realized coming to the city would make it better for people,” St. Marc says. The new Copley Place studio, located right inside the shopping mall plaza next to the new Caffè Nero, will feature the biggest studio room yet, with 50 bikes, and a full floor dedicated to men’s and women’s locker rooms (St. Marc tells me they will have a spa-like feel). Look for grand opening parties, rides, and deals when the doors swing open at the end of January/early February. revdindoorcycling.com. 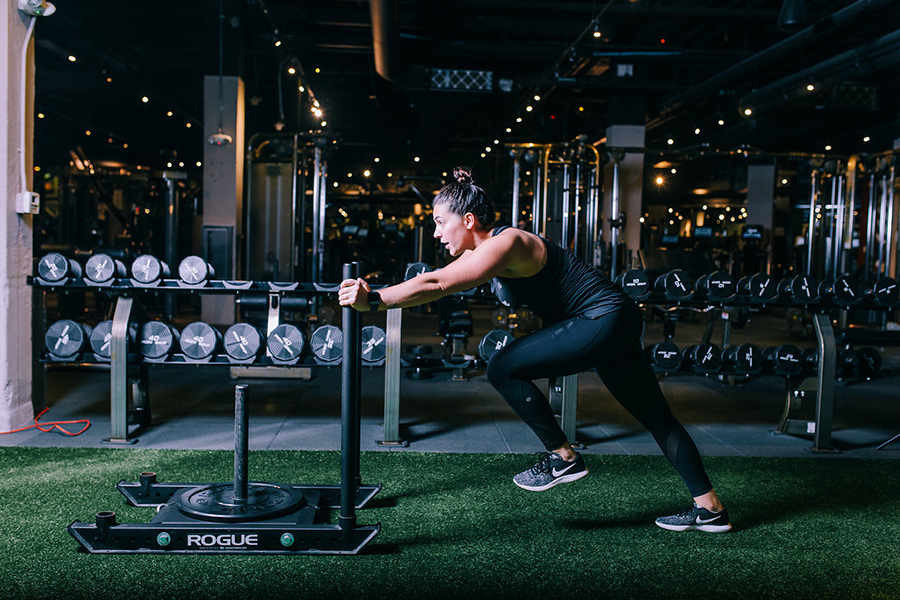 Coming up on its two year anniversary, Lynx Fitness Club (located in the basement of the Boston Park Plaza Hotel) is celebrating in a big way—with a 1,300-square-foot expansion, set to be completed in February. The expansion gives way to a new studio room called Balance, where Jenna Geissler, director of marketing for the gym, tells me all yoga, pilates, and barre classes will move. She says the space will focus on promoting a more “holistic regimen” for Lynx clients and will offer meditation and mindfulness classes as well (are you seeing a trend?).

As with Ethos and CORE, Lynx will also adopt more semi-private personal training programming to provide the service to a broader range of people. These sessions will take place in the current yoga/barre/pilates studios, which will be getting an additional facelift as well. Along with those classes, Lynx is launching a women’s strength training club, where women will learn how to properly lift heavy alongside other women, from women instructors.